Yes, Virginia, There Is A (Sad Befuddled Old Man Running For Congress Who Thinks He Is) Santa Claus 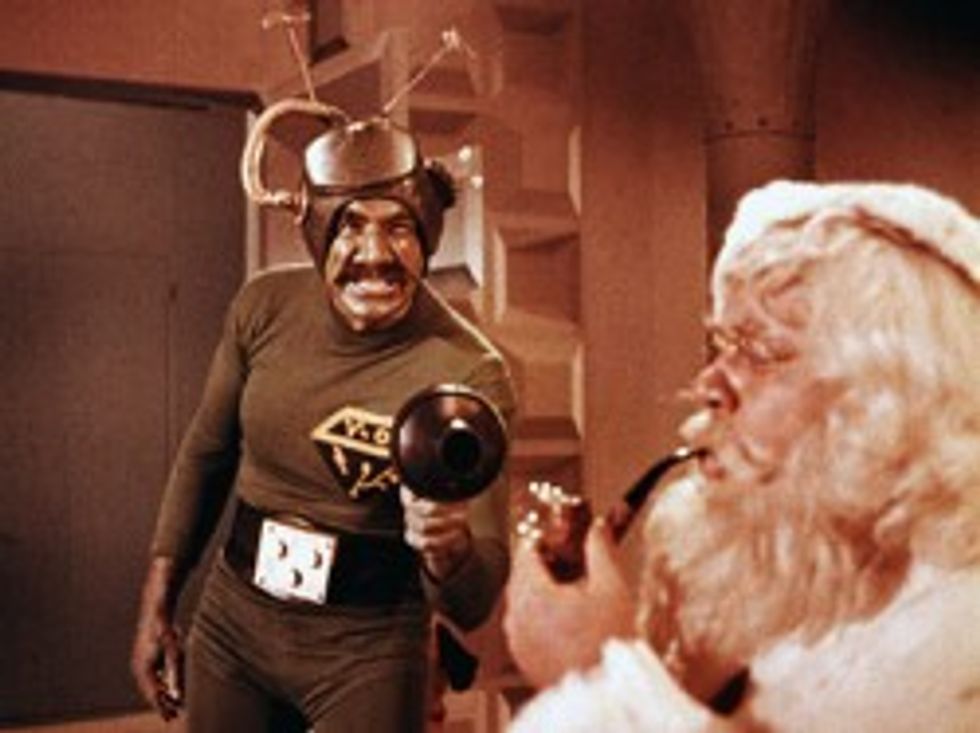 Well now we have TWO Sadz! First we watched the Span's rerun of the Gore-Bush debate where Jorge Boosh said things like "an elderly," and now we have read thisDaily Caller piece about a seemingly sort of disassociative old man who is running for Congress (as a Republican) in Michigan, and who may kind of think he is Santy Claus. Now, why Daily Caller is going after a Republican is beyond us (sloooow news day?), but they not only point out old St. Nick's possible need for therapy, but also his bankruptcy and how some lady follows him around calling him a crook. MEAN LADY, LEAVE SANTA ALOOOOONE.

In 1992, Bentivolio, out of cash and unable to pay his debts, filed for bankruptcy. Several years later, a creditor who was never paid as a result of the bankruptcy filing, saw Bentivolio in the newspaper: he had written a letter to the White House and secured an invite to head to Washington, DC and play Santa.

During his testimony before the court, Bentivolio referred to himself as “we,” something noted in the court opinion, along with the fact that “he was reluctant when asked to refer to himself as ‘I.’”

Fuck that lady! As we learned on Reddit today, "Thats libel. Even if it was true, its still libel."