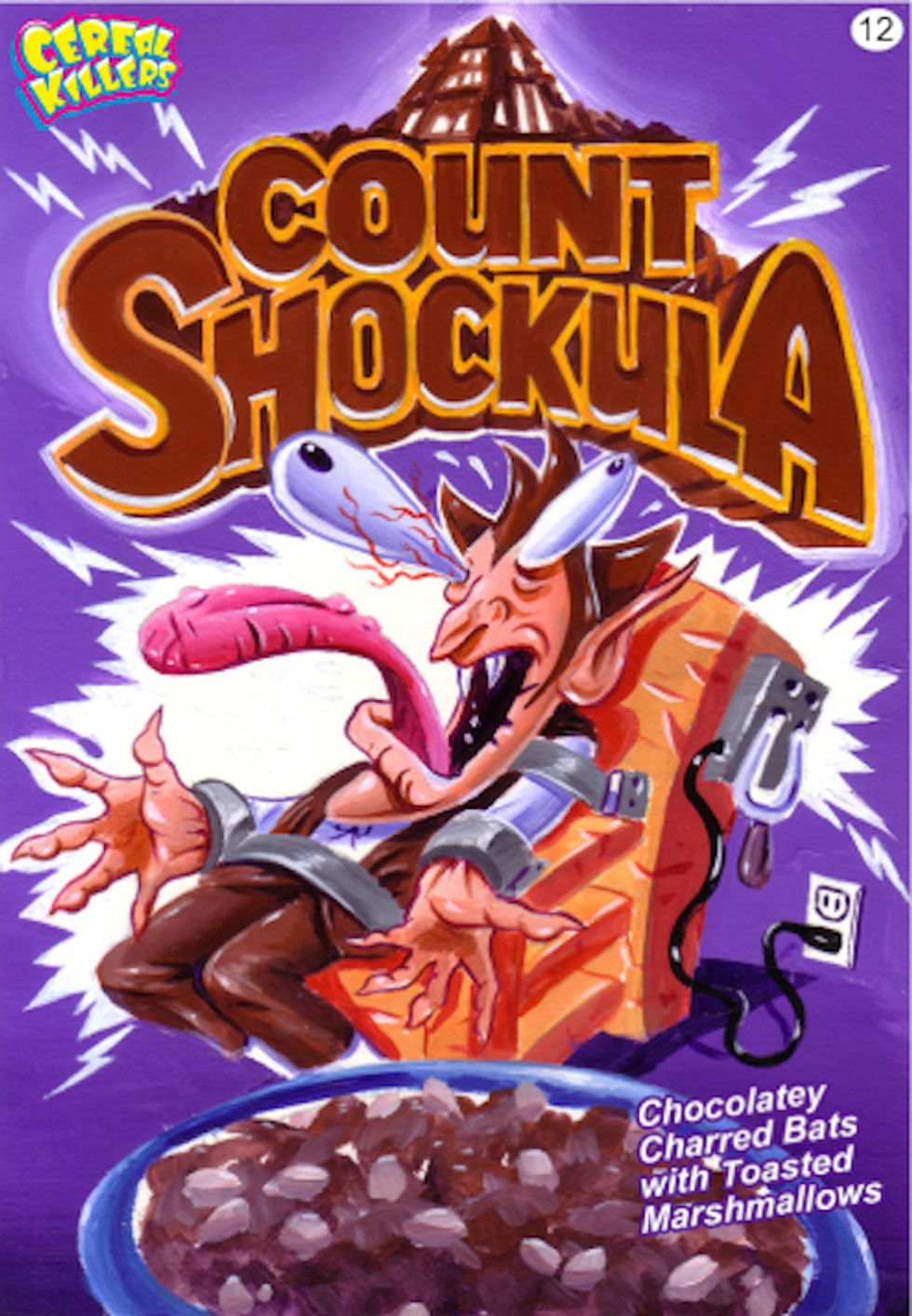 Here at Wonk we've been a fan of Cheerios-pushing cereal maker General Mills, both because Cheerios are fucking great and because they love the gays. But we are not really into their latest thing, which is basically telling people that if they interact with them in any way online, they've given up their right to sue the company.

General Mills [...] has quietly added language to its website to alert consumers that they give up their right to sue the company if they download coupons, “join” it in online communities like Facebook, enter a company-sponsored sweepstakes or contest or interact with it in a variety of other ways.

Instead, anyone who has received anything that could be construed as a benefit and who then has a dispute with the company over its products will have to use informal negotiation via email or go through arbitration to seek relief.

That is, as we say in the law profession, some bullshit.

So the New York Times contacted General Mills about this bit of corporate overreach, and rather than saying "our bad" or "here, let us explain" they basically doubled down and said "if you buy our shit, you agree not to sue us."

“We’ve updated our privacy policy,” the company wrote in a thin, gray bar across the top of its home page. “Please note we also have new legal terms which require all disputes related to the purchase or use of any General Mills product or service to be resolved through binding arbitration.

So let's say someone at the factory literally pisses in your Cheerios. Or throws a big old bunch of ground glass into a a batch. Or they have a nasty infectious foodborne illness type of outbreak they fail to contain. And then lets pretend that you and a bunch of people sickened by Green Giant veggies or Progresso soup would like to easily band together and sue General Mills for the pissing or the ground glassing or the diseasing? Haha you cannot sue them at all because you're going to arbitration, which ends up favoring companies a massive amount, and in said arbitration, you cannot band together in a class action lawsuit because your good old John Roberts Chamber of Commerce Supreme Court made sure that is not allowed.

[A] 2011 Supreme Court decision, AT&T Mobility v. Concepcion [...] paved the way for businesses to bar consumers claiming fraud from joining together in a single arbitration. The decision allowed companies to forbid class-action lawsuits with the use of a standard-form contract requiring that disputes be resolved through the informal mechanism of one-on-one arbitration.

Neat, huh? Sorry about that ground glass epidemic, but each and every one of you will have to file for informal arbitration (which the company is pretty much guarandamnteed to win) instead of banding together in a class action. What's that? You do not have the money to pursue individual arbitration instead of being easily able to join a class? Too bad. (If you do not believe our trenchant analysis and would like to read many actual law words about how consumer unfriendly arbitration is, we suggest this.)

Apparently General Mills needed to get on this whole banning lawsuits train because it has faced a few expensive ones of late.

Last year, General Mills paid $8.5 million to settle lawsuits over positive health claims made on the packaging of its Yoplait Yoplus yogurt, saying it did not agree with the plaintiff’s accusations but wanted to end the litigation. In December 2012, it agreed to settle another suit by taking the word “strawberry” off the packaging label for Strawberry Fruit Roll-Ups, which did not contain strawberries.

General Mills amended its legal terms after a judge in California on March 26 ruled against its motion to dismiss a case brought by two mothers who contended that the company deceptively marketed its Nature Valley products as “natural” when they contained processed and genetically engineered ingredients.

$8.5 million is a lot of money to pay out to agree to disagree, and we are too busy laughing about the No-Strawberry Strawberry Fruit Roll-Ups to comment further upon that.

Man, it is going to be tough to boycott General Mills because they make and own everything. Hopefully there's enough hue and cry over this that they'll need to back down. If not, we're really going to fucking miss Cheerios.