You Guys Are Not Going To Believe This, But A *White Supremacist Was Actually Charged With Terrorism* 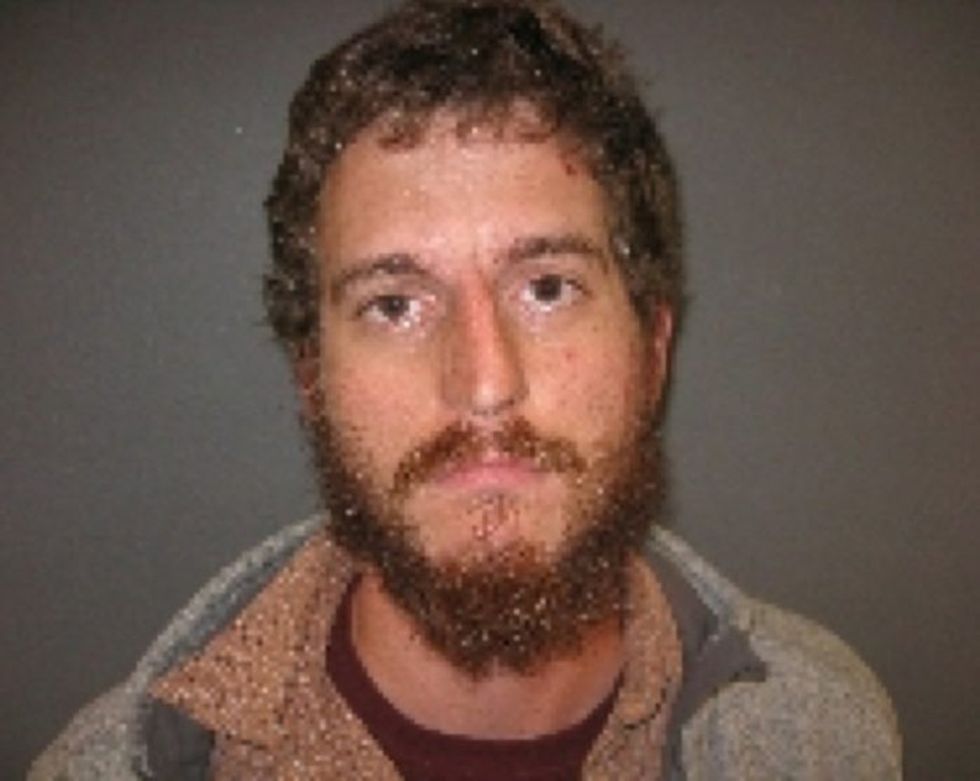 A neo-Nazi dude who wanted to play railroad engineer has been charged with terrorism after he broke into a restricted part of an Amtrak train and set off its emergency braking system in October. Last Wednesday, a federal district court unsealed charging documents in the case against 26-year-old Taylor Wilson, of St. Charles, Missouri. Wilson was charged with "terrorism attacks and other violence against railroad carriers and against mass transportation systems," and in this particular bit of white guy terrorism, there wasn't even a fake FBI collaborator to help the guy become a terrorist.

Wilson was on Amtrak's California Zephyr, which was carrying about 175 people eastbound through Nebraska in the early morning of October 22 when he left his seat, somehow got from the passenger cars into the unoccupied cab of the second locomotive pulling the train, and activated the emergency brake in an attempt to derail the train, according to the criminal complaint filed by an FBI agent. After the train stopped, without derailing, two conductors on the train crew found Wilson sitting in the engineer's seat, "playing with the controls"; the train crew subdued Wilson and held him for an hour while waiting for law enforcement to make it out to the remote location. At one point while they were trying to get him to calm down, Wilson said, "Fuck that, what are you going to do, shoot me?" Apparently he thinks train crews go around packing heat, because he is an Aryan warrior who has seen too many movies.

Wilson tried to reach for a gun in his waistband, but the train staff held him down. When they asked him why he'd activated the brakes, Wilson explained, "I want your job." That's not how Amtrak's hiring process works at all! He really should have checked their website. Another conductor interviewed by the FBI said Wilson was sometimes "lucid then would start saying crazy things about going to the moon," and that he "continually goaded" train staff while waiting for law enforcement to arrive, saying "I’m the conductor, bitch."

When a deputy arrived and patted him down, the deputy asked him what a bulge in one pocket was, and Wilson replied, "My dick." It turned out to be a speedloader for his revolver; his backpack also contained three more speedloaders, a box of .38 ammo, and a knife, plus a construction-style respirator. No further details about Wilson's dick appear in the complaint.

When he was booked, Wilson was found to be carrying business cards for "The National Socialist Movement" located in Detroit, and for the "Covenant Nation Church of the Lord Jesus Christ," one of those "Christian Identity" churches so popular with your neo-Nazis. According to a witness quoted in the complaint, Wilson had attended the white power demonstration in Charlottesville, Virginia, last year, and was very upset about protests in St. Louis, which had provoked him to express "an interest in 'killing black people.'"

Wilson had also told the witness that he and his white power ranger pals had vandalized a number of St. Louis businesses in September by putting up "WHITES ONLY" stickers in their windows. He also told the witness he had pointed a gun at a black guy while driving on a highway; the description of the incident matched an unsolved road rage case from 2016. It's nice to wrap up some loose ends. No charges have yet been filed in those incidents.

Like any good Racial Holy Warrior, Wilson also had his very own arms cache; he had a store of ammunition, magazines for several weapons, gunpowder, white supremacy literature, and body armor in a hidden compartment behind his refrigerator, and his father turned over some 15 rifles and handguns -- including one gun illegally modified to fully automatic fire and another with a sawed-off barrel -- plus more magazines and ammo and a tactical body armor carrier with ceramic ballistic plates. For self defense, probably, in case of government tyranny.

Wilson was arrested December 23 and has been found competent to stand trial, and he will never, ever get a job with any railroad now. The Trump administration has so far said nothing about the terrorism charge against this very fine person, either to condemn his actions or to suggest he might be appointed to a position in the Department of Transportation.

Yr Wonkette is supported by reader donations. Please click here to help us stay on the rails ourselves.