You Won't Believe What Premeditated Arab Uprising 'The Simpsons' Predicted 13 Years Ago! 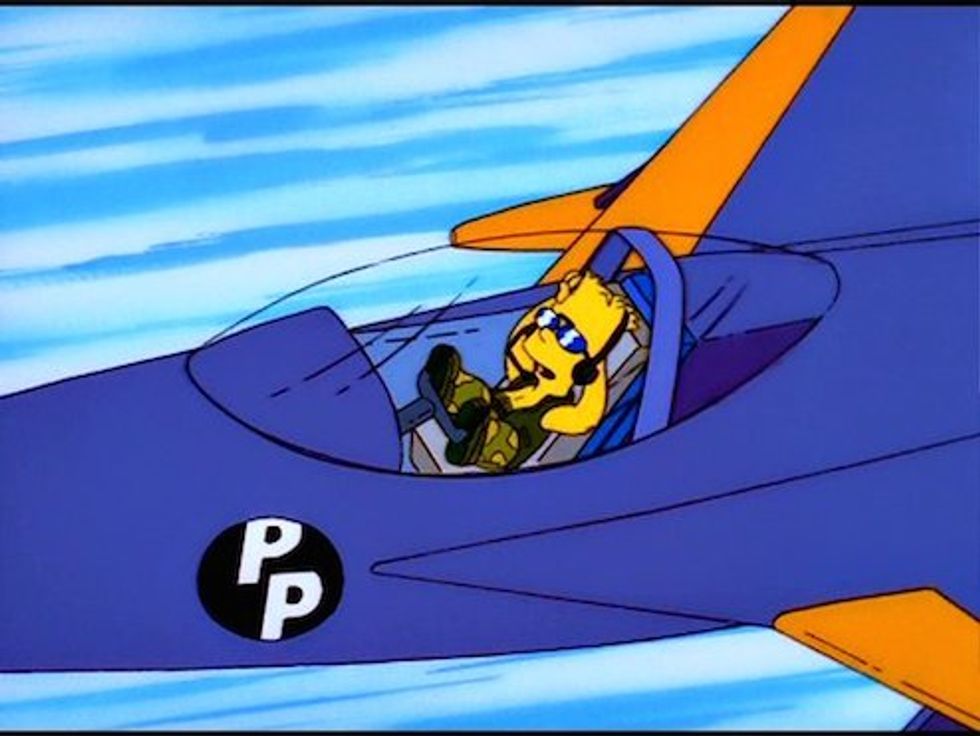 Remember "The Simpsons"? Used to be must see TV, now is something you deal with much like you deal with SNL -- watching clips when they have a funny 90-second bit. But you're forgetting the era of Simpsons hegemony circa 2001, when they ruled the airwaves and predicted the Syrian uprising, which we all know now was totally planned. Lolwhut?

There is a new theory that an episode of The Simpsons (one that aired on February 25, 2001) predicted the Syrian uprising and civil war, and also that the episode is proof of a massive international conspiracy that laid the groundwork for the Arab Spring. [...]

The conspiracy theory was recently proposed by anchor Rania Badawy on the Egyptian TV channel Al Tahrir. Badawy insists that the Simpsons episode "New Kids on the Blecch" — in which Bart, Nelson, Ralph, and Milhouse are recruited into a boy band called the Party Posse — contains clues that suggest "what is happening in Syria today was premeditated."