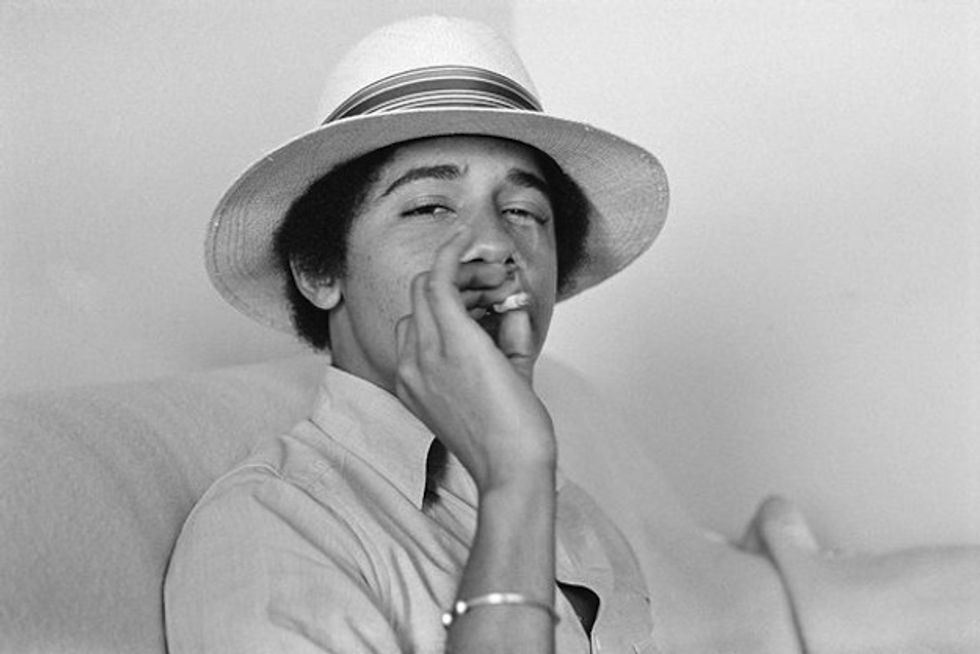 Buzzfeed hasTHE SCOOP, because when doesn't it? According to its "Users Guide to Smoking Pot With Barack Obama" (not afraid to be servicey!) Young Barry Obama was such a villainous smoker of drugs that he made all his Hawaiian Thug Life friends follow satanic rituals in order to partake, like the terrifying "penalties," "roof hits," "chooming" and "T.A." Also? He would jump into the circle and shout INTERCEPTED! and grab the joint for an extra hit. According to Buzzfeed, "nobody seemed to mind." Is that likely, Wonkers? (No. That is not likely.)

Apparently David Maraniss is done being excerpted about Young Barack's ghostwrittenlove letters, and now is the time for crunchy stony excerpts. (A small note, though, Mr. Maraniss: According to our Hawaii-born mama, "pakalolo" doesn't mean "numbing tobacco." It means "stupid smoke." We are going to trust her on this, not you, because why the fuck would weed be called "numbing tobacco," that is just lame.)