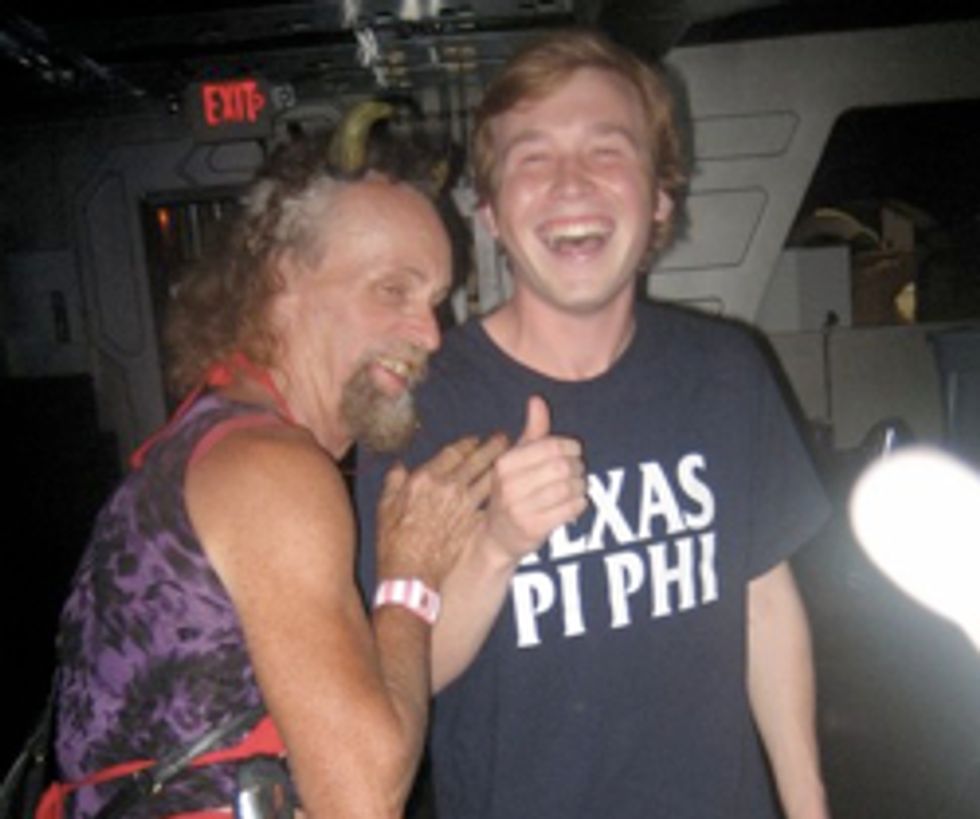 Perhaps in honor of CPAC, but with no mention of CPAC at all, theWashington Post has run a delightful "color piece" this morning about what it's for young Republican hatchlings looking for work in Washington, where they are no longer welcome. Basically there are about seven of these people, total, all gaming for one position at Grover Norquist's tax place. Let us learn more about these out-of-luck patriots, by block-quoting a few of the funny things they say.

Oh look they're having a fun party with all of their favorite stuff! That's a happy thing, right? Wheeeee beer and music! Ha ha ha small problem though -- they all want to KILL THEMSELVES.

Organized by an employee at the Grover Norquist-led Americans for Tax Reform, the party in the pub's back barroom seems naturally suited for this group: Fox News is playing alongside the Dave Matthews tracks. One drink special, $5 for a down-on-the-heels set, seems almost too perfect a nostalgic prop: "The Gipper," concocted with bourbon.

Spencer Barrs, 22, a Heritage Foundation intern, is talking with his buddies about feelings of alienation.

His friend John O'Keefe, 23, another conservative think-tank intern who might be out of a job after his internship ends in May, dismisses his liberal contemporaries. "The only thing they have are blogs. They feel like gods of our generation," he says...

Lastly, here's the Washington Post reporter trying to tell us that this dude is gay, as gay as the day is long:

At the Union Pub, Dustin Siggins, 24, says he sometimes uses humor to deflect the awkwardness of being on the margins of his generation. "I met a girl today at the gym from Boston College. She was getting a law degree from George Washington. She was cute," he says. "But she wants to work for the ACLU, and I said, 'Oh, you're one of those.'"

Later, in a phone interview, Siggins says he struggles with some of his party's more culturally orthodox ideals. "Because I am in this generation and was raised in a pro-gay-marriage era, I am only a little bit against gay marriage, but only a little, like 53 percent to 47," he says. "I have about a dozen gay friends, 30 or 20, and they would all back me up. In college, I used to have lunch with them. . . . We went ice skating once."

This guy has 12 to 30 gay friends in Washington? Well he must have a pretty swanky Republican Hill staffer job. That's the whole *point* of knowing gay people here, for power.