Your Complete Guide To Running Next Year's Boston Marathon 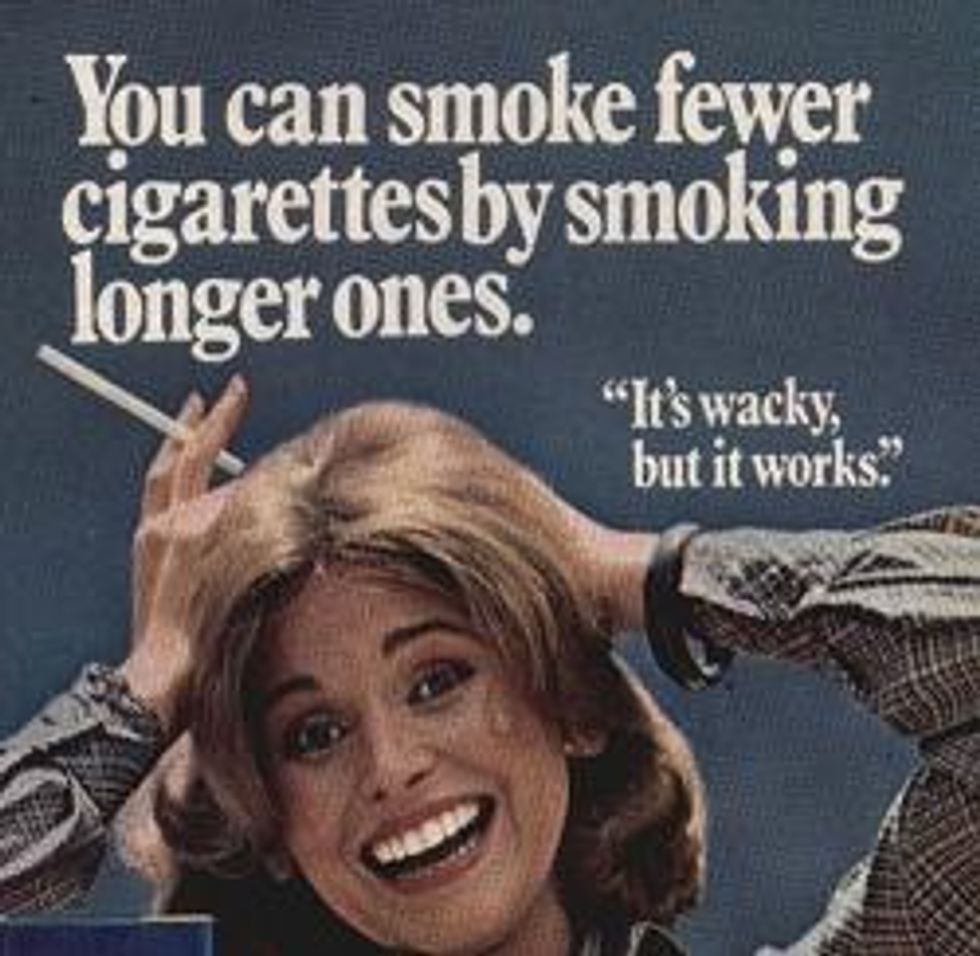 Don't know if you heard, but some Real Shit went down yesterday in Boston, and there are pictures on Reddit of people's leg bones sticking out all over the place, and at least three people are dead, and now LaGuardia is being evacuated or something. Yesterday, the 2013 Boston Marathon was bombed. Today, there's really only one productive thing to say: We gotta run that fuckin' race next year.

Yr Wonkette is not particularly knowledgable about these matters, but we asked our most informed friend, Ms. Google, about how to do that, and now we're sharing it with you, because defiance feels comforting, and because there seems to be a lull in people blaming Mooslem Obama for blowing people up. Take it for what you will, consult your doctor to ensure your heart is strong enough for sex, etc.

Unless you are a lumberjack or a toll booth operator or something, you probably spend pretty much the entirety of your existence sitting down. If you are a lumberjack, first of all, that's super rad, but also you should probably stop reading Wonkette on your phone at work, because the only thing more dangerous than reading while using a chainsaw is reading while using our mobile app. Combine the two, hurt city. Don't do it. World of pain.

ANYWAY, look at your damn life. You wake up, sit in the car/train/bus/dirigible on the way to work, sit on a chair/stool/bean-bag while you're at work, get back in the dirigible for the commute home, then sit on the couch to de-stress from your very hard day of sitting on bean-bags and dirigibles. We are guilty of this as well. We are going to try running today, to see if our lungs remember how to do it. All signs point to "no," but what if Thomas Edison had that attitude when he was inventing stuff? He wouldn't have finished a marathon, that's for sure.

Once, a writer who will remain unnamed tried to run 15 miles wearing Chuck Taylors, because dammit, that's how Rocky did it. This, perhaps predictably, did not go well. There is a nice website called Sneaker Report that looks pretty nice, and they have a list of shoes that are nice, but they are many dollars and weird colors and stuff. Before that still-unnamed writer was cut from the cross-country team, many people told him the cheap, boring shoes he bought in the middle of a road in Pennsauken, NJ, worked just fine. The more normal-sounding people in internet forums seem to suggest fit is more important than fancy colors.

Or you could just run in heels.

Every other day, every third day, whatever you can handle, you're going to need to work up to being able to run five miles without collapsing into a wheezing heap and applying so much Bengay that you die. Then, you can start building up your mileage: Three shorter runs during the week, and a long run on Saturday, for instance. There are 70 zillion websites for marathon training schedules, but many of them agree that one long run a week will get it done in 16ish weeks, with the longest, a 20-mile run, a few weeks before your actual race. Yes, a marathon is 26.2 miles. The logic appears to be that once you run 20 miles, you are too tired to give a shit about the last six.

(Believe it or not, Yr. Wonkette knows a little bit about this part — if you are all like "whoa, no way, I can make it 3 miles, but 20 miles 12 weeks later? No way brah, that is so gross and I will not make it, that would take a year," you should shut up because we are trying to fight for some shit here, and your pessimism is ruining it. Also we have done this part of the task, and it is weirdly possible. We have first-hand knowledge of a person who is not good at much of anything being good at this part.)

They're all over the place, all the time, and pretty cheap to register for. You know why? Because it's not that hard to run one. Yes, it's a huge accomplishment and bravo for the finishers and all that, but if a 78-year-old can run 20 miles, mount Heartbreak Hill, run another six miles, get hit by a bomb, and then finish the damned race, what in the flying shitmonkeys is your excuse for not finishing? Google around for marathons in your state at least five or six months from now, and pay for that bib. It's time to party. And probably throw up kind of frequently.

This part is probably the hardest: If you manage to run a marathon, holy crap, that's awesome, but if you want to run Boston, you'll have to run it... really fast. If you're a dude younger than 34, you'll have to run it in 3 hours and 5 minutes. That's running about a 7-minute mile, and then running 25 more 7-minute miles. This part yr. Wonkette hath not accomplished before, and will probably not end accomplishing ever, but that is not the point. RUN. And if you flake out or pull your Achilles or run too slow or get lost or something, let's just go to Boston next year anyway, for Patriots' Day, because running is good for the heart.