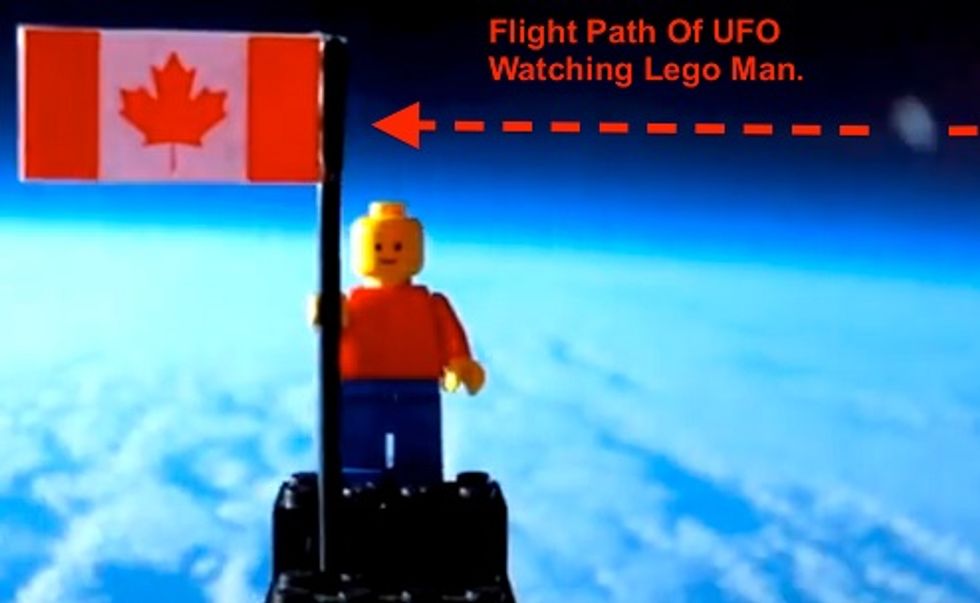 Well it certainly took long enough, dammit. After all the dumb conspiracy theories about Barack Obama, why did we have to wait until the final week of 2013 for someone to sayhe's in cahoots with Space Aliens, huh? Unless... all the others who tried to reveal the truth are dead! Better start looking into that. And buy another gun. We're just going to write the rest of this post from Wonkette's Bunker Of Love, safely 20 feet underground on our Idaho compound.

So the dealio with this one is that Jim Garrow, the self-proclaimed Real CIA Spy who has been promoting the story that Barack Obama tried to nuke South Carolina for George Soros and also believes that the Kenyan Usurper bumped off Andrew Breitbart, Michael Hastings, and Tom Clancy because they Knew Too Much, proclaimed on Erik Rush's radio / podcast thing Monday that Obama is right on the verge of a massive deception: He's going to announce that America has been in contact with space aliens, and somehow that false story of talking to the Star People will distract everyone from Obama's terrible poll numbers so they will make him Preznit for Life or something. No, we really don't know why Garrow thinks such a hoax would make Obama popular, but that is not the real story anyway. The real story is that you need to get ready for the coming UN/Chinese/Canadian invasion.

Garrow is quite certain about this alien contact story:

“What we’re going to be seeing soon is the unveiling of the concept that we have, in fact, been contacted and have been in communication with people from other civilizations beyond earth, and that will be part of the great deception,” Garrow said...

“It’ll be a great fraud, the whole basis of this, it is a great hoax.

The plan to fool the American public has been in development since the '60s, Garrow claimed, although again, it wasn't entirely clear what we're supposed to be fooled into accepting or ignoring -- somehow, it's going to show what a great leader he is, "creating a crisis, and then managing that crisis." And how does Garrow know that the plan is going to go into effect any time now? Well, duh: the "CIA operative" who told him about it 30 years ago was found murdered in Hong Kong. What more proof do you need?