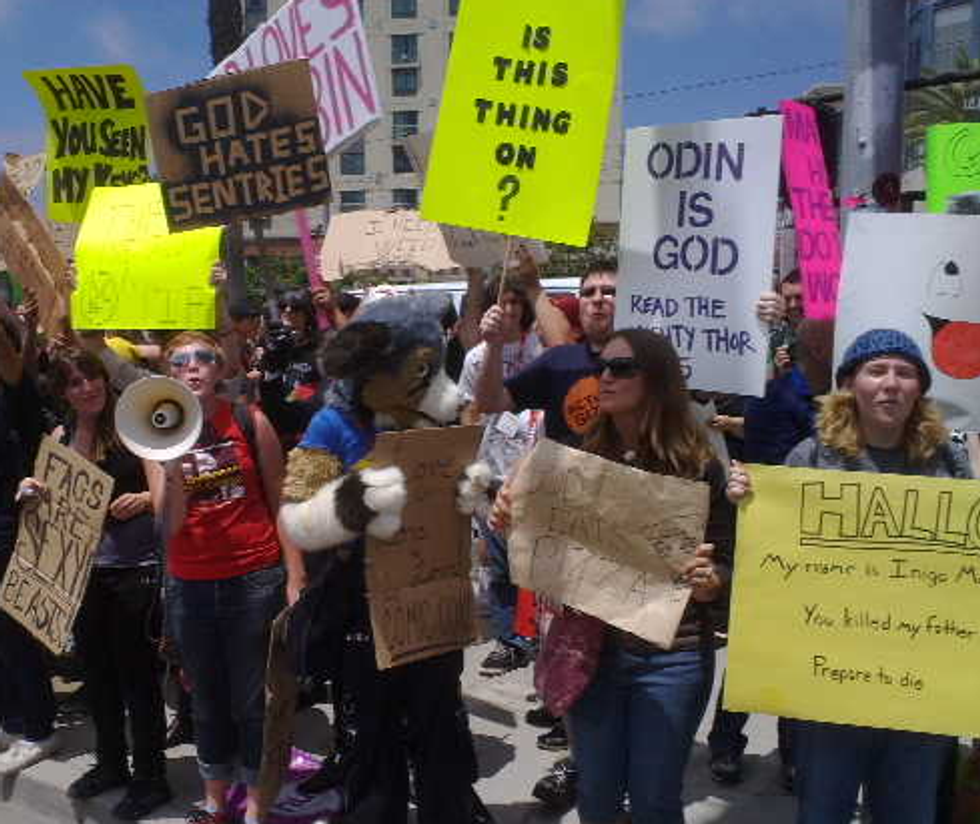 The God-Hates-Everyone ('Cept For Me And My Monkey) crowd from Westboro Baptist Church announced on Twitter that it planned to picket the funerals of the Boston Marathon bombing victims this week, so members ofTeamsters Local 25 sent out a call for any available members to shield today's services for Krystle Campbell in Medford, Massachusetts. Basic human decency won out: the Boston Globe reports that hundreds of counter-protesters gathered across the street from the church where the memorial for Campbell was held, but that the Westboro protesters never showed up at all.

Boston Magazine also reported that WBC was nowhere to be seen, as did a Teamsters website. That probably counts as double nice-time, huh?

And just because everything about this last week has been surreal, the Westboro Baptist Church's Twitter feed (no links, because, as always, fuck them) sent out messages claiming that they were, in fact, at the funeral, despite the fact that no one saw them. They even photoshopped a picture of the counter-protest and included a link to a USA Today story -- which appears to have been written beforehand -- as "proof." (Also: What the hell, USA Today?)

Krystle Campbell's mother and brother are members of Local 26 of the hotel, food service, and laundry workers' union UNITE HERE, which is also sponsoring a memorial fund.