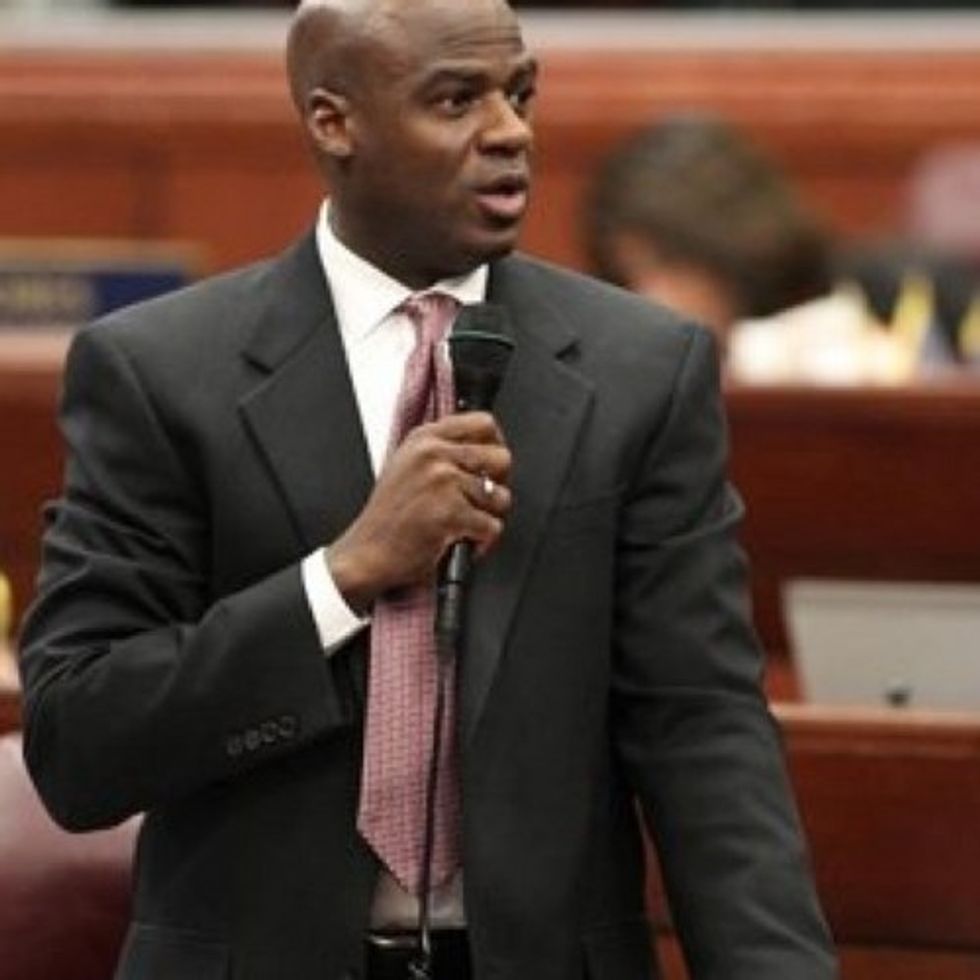 Well hellloooooo Nevada Senator Kelvin Atkinson! You are a super handsome black man, a state Senator, and during last night's (successful!) debate over letting Nevada open up its quickie wedding industry to homosexers, you came out as a big old gay! (Also, one Republican and one Mormon dude voted in favor of repealing the gay marriage ban, so good on you, er, "Ben Kieckhefer" and "Justin Jones.") Now let us get to the important part, which is more pictures of Kelvin Atkinson, the State Senator We'd Like to Gay Fuck.

He loves to laugh.