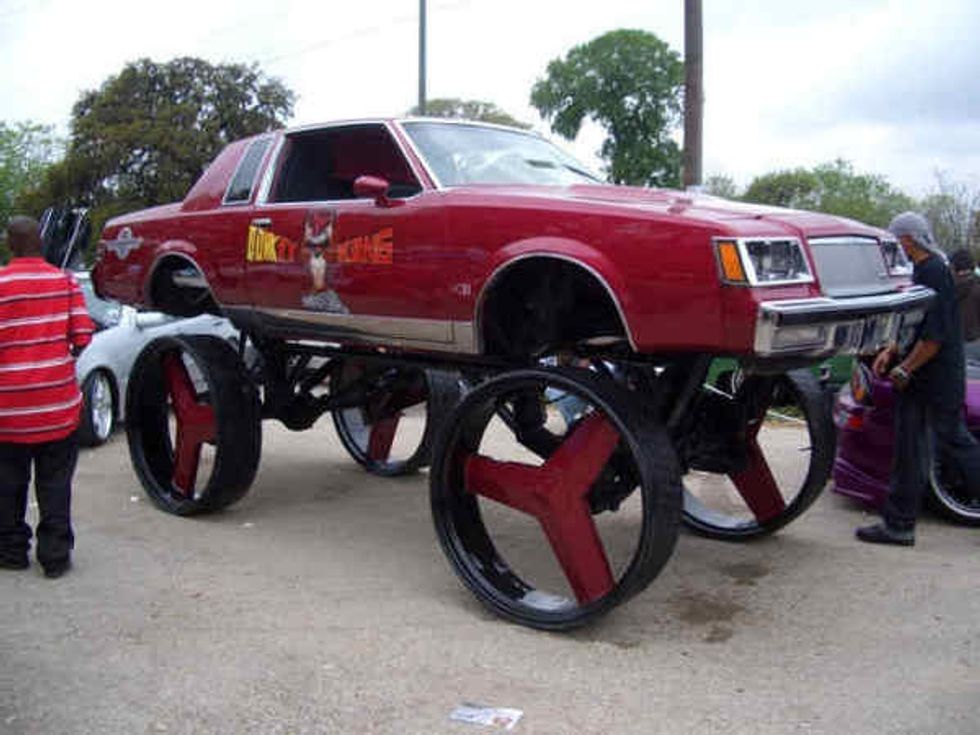 Now that we have had our fill of sheriffs who want tomurder abortionists and hurricanes who want to murder me, here is a nice story from Edge on the Net, about a gay college kid who keeps getting his car vandalized by good Christian (presumably) folk, who among other things (and because they are brain surgeons) keyed "dyke" into his car.

Jordan Addison’s car had been vandalized four times between March and May. The vandals spray-painted anti-gay slurs on Addison’s car because he is gay and someone even keyed the word "dyke" into the side of the Radford University student’s car.

Despite Addison’s best efforts, he could not remove the homophobic epithets from his vehicle and the lowest estimate he received to clean the car was $2,500 -- a price he could not afford.

When Richard Henegar, the manager of Quality Auto Paint and Body, heard what happened to the young man he insisted that he help out.

"Once I saw the vandalism that was done to it, I said ’that’s uncalled for. We’re gonna fix your car.’ That’s the least we can do," he said.

Turned out it actually was the least they could do, as a whole bunch of businesses then got together and totally pimped Addison's ride, Logo-styley, adding an extra 10 large in window tintings and a super-boss hi-fi system, which is really really nice of everybody in Roanoke! But maybe don't gay-bash your own car in hopes of a proper pimpin' because they probably already shot their wad.

Also, One Million Moms? You should probably start planning your boycott right about now, so you can quickly declare victory and go home.