Your Religious Beliefs Can Get You Out Of Pretty Much Anything Now, Thanks SCOTUS! 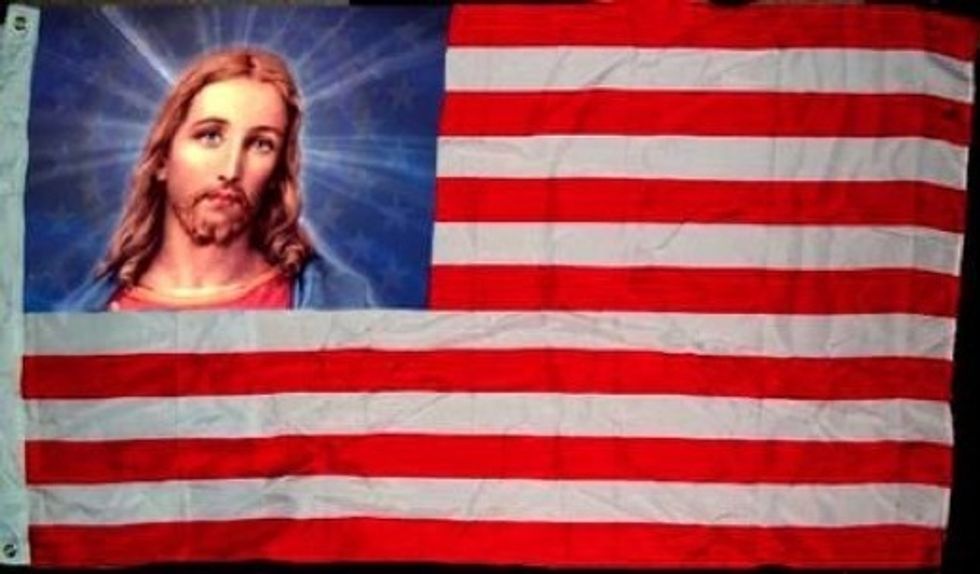 Used to be there was a law that U.S. Americans of America had to obey the law, but thanks to the Supreme Court and its super screwed decision in Burwell v. Hobby Lobby -- yes, still mad about that; yes, gonna have children and grandchildren and great-grandchildren to teach them to be mad about it too -- those days are dead as fried chicken.

Sprinkle yourself in fairy dust and say the magic words "I sincerely believe," and that's really all you need for the right-minded judge to sympathize with your oh-so-burdensome burden of having to obey the law and then wave his magic gavel and say, "Okay, you are exempt from the laws you don't like." David Sam, senior judge of the United States District Court in Utah, is one such judge.

In Perez v. Paragon, he waved his magic gavel for Vergel [or as the judge calls him in the opinion, "Vernon"] Steed, a member of the Fundamentalist Church of Jesus Christ of Latter-day Saints. If that name sounds vaguely familiar, perhaps polygamist "Prophet" Warren Jeffs rings a bell? He's the leader of the FLDS cult who thinks god wants him to bang kids. Or at least he was, before he was sentenced to spend the rest of his life -- plus 20 years! -- in prison for sexually assaulting his 12- and 15-year-old "spiritual wives."

You remember that name now, don't you?

As ThinkProgress reports, in addition to screwing children literally, the cult is under investigation for violating child labor laws. For Jeebus. Allegedly, but who are we kidding? If these scumbags were okey-dokey with raping children, they probably were even more okey-dokey with using children to pick their pecan trees, and no, that's not a euphemism. Now the feds are looking into that too, and they've issued a subpoena to get some answers, but ol' Vergel/Vernon, well, he just doesn't want to cooperate because -- surprise! -- religious beliefs:

Mr. Steed states that he has made religious vows "not to discuss matters related to the internal affairs or organization of the Fundamentalist Church of Jesus Christ of Latter-day Saints", and if required to give such testimony he would be "directly violating [his] sincerely held religious beliefs".

Except now it's perfectly fine to do that, as Judge Sam notes, based on a brand new court decision called -- anyone want to guess? Anyone? Anyone? -- that's right: Hobby goddamned Lobby.

Petitioner challenges Mr. Steed's belief asserting that he has "failed to make any showing that his alleged belief in secrecy about church matters is 'sincerely held' or that it is rooted in deep religious conviction." [...]

It is not for the Court to "inquir[e] into the theological merit of the belief in question". Hobby Lobby, 723 F.3d at 1137. "The determination of what is a 'religious' belief or practice is more often than not a difficult and delicate task .... However, the resolution of that question is not to turn upon a judicial perception of the particular belief or practice in question; religious beliefs need not be acceptable, logical, consistent, or comprehensible to others in order to merit First Amendment protection."

That's pretty convenient, isn't it? Your "religious belief" that you shouldn't have to cooperate with an investigation by the United States Department of Labor into whether you're illegally forcing kids to work on your ranch doesn't need to be "acceptable, logical, consistent, or comprehensible." You just have to believe it. And actually, that's not even true. You just have to say you believe it, and that's good enough for the Supreme Court, so it's good enough for Judge Sam.

Mr. Steed has stated under oath what his beliefs are, that those beliefs are sacred to him, and that they are sincerely held by him. Specifically, Mr. Steed states that he believes the identity of FLDS Church leaders, the organization of the FLDS Church, and its internal affairs are sacred matters, designated so by God, and that he has vowed or covenanted not to discuss sacred matters. [...] For purposes of the present matter only, the Court concludes that Mr. Steed’s beliefs, as expressed by him, are sincerely held and religious in nature. He has so stated under oath. There is no evidence of record that he does not sincerely hold his expressed religious beliefs.

Not that it matters, obviously, but this is the CNN report that launched the Labor Department's investigation into whether, among other things, Warren Jeffs -- before he went to prison -- "ordered all schools closed for a week so children could go to work picking pecans off trees at a private ranch" for eight hours or more a day. It's the kind of thing you'd think would satisfy the "compelling governmental interest" exception to the Religious Freedom Restoration Act under which Hobby Lobby brought its lawsuit. Because you'd think the government would have a compelling interest in determining whether a secretive cult with a history of abusing children is, like, still doing that.

But no. Never mind. Because ol' Vergel/Vernon? He believes stuff. And that's all that matters now.