gay cop homosexuals mary mcangus mayor resigns ohio pomeroy pt what is the world even coming to? teh ghey

Your Sunday Nice Time! Everything Working Out Awesome For Gay Ohio Cop! 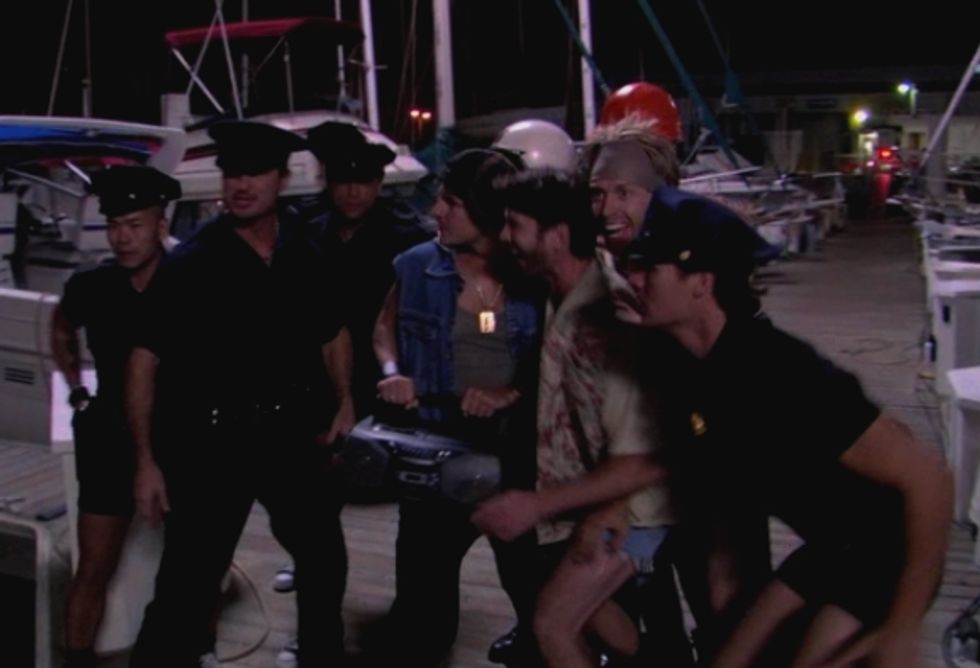 What's this what's this? There is a gay cop in Ohio whose police chief stands behind him one hundred percent, and the witchy old mayor lady who was harrassing said gay cop for gaynesshas quit her job because of it and the whole town is happy? Well if that is not a Sunday Nice Time Miracle, we do not know what is!

The mayor of a southeastern Ohio village who was accused earlier this week of degrading a gay police officer and refusing to allow his partner to visit the police station has resigned. [...]

The letter was only a few sentences. [Mayor Mary] McAngus did not acknowledge that she had treated Police Officer Kyle Calendine poorly. She wrote that “due to circumstances,” she was resigning and that it had been a pleasure to serve as mayor the past 14 months.

McAngus has not publicly commented since Police Chief Mark E. Proffitt came forward with his concerns about how Calendine was being treated. She could not immediately be reached for comment today.

So you are actually telling us that the police chief complained on behalf of his employee who was gay? What is even going on here? We feel like we are taking crazy pills!

[McAngus] was accused of calling Calendine a queer and using other slurs. Others said she didn’t want Calendine’s partner stopping by the police department, though family members of other officers routinely drop by with lunch or before or after a shift.

Calendine, who was hired as a part-time officer in this Ohio River community in September, said he was disappointed in how he has been treated. He was on duty today when he got word that McAngus had resigned.

The resignation pleases him, although he wishes the mayor had also apologized, he said.

He said he’s been overwhelmed by the widespread support he’s received and hopes now that tensions in the community will ease.

Proffitt said that Calendine is a terrific and dedicated police officer, one who didn’t deserve this kind of treatment.

“Kyle Calendine would lay down his life for anyone in need,” said Proffitt, who has been police chief since 2000 in Pomeroy, about 100 miles southeast of Columbus. “This is a win for Kyle, for our department and for the gay community. It lets people know that no matter what, we’re all in this together.”

Well, if this kind of nonsense keeps up, we are going to have to change our name to the Wonker Nice Time Gazette of Happy Things and Joy.

Nobody wants that. Please hop to, Tennessee, 'Bama, Texas and Mississippi. Your country needs you.