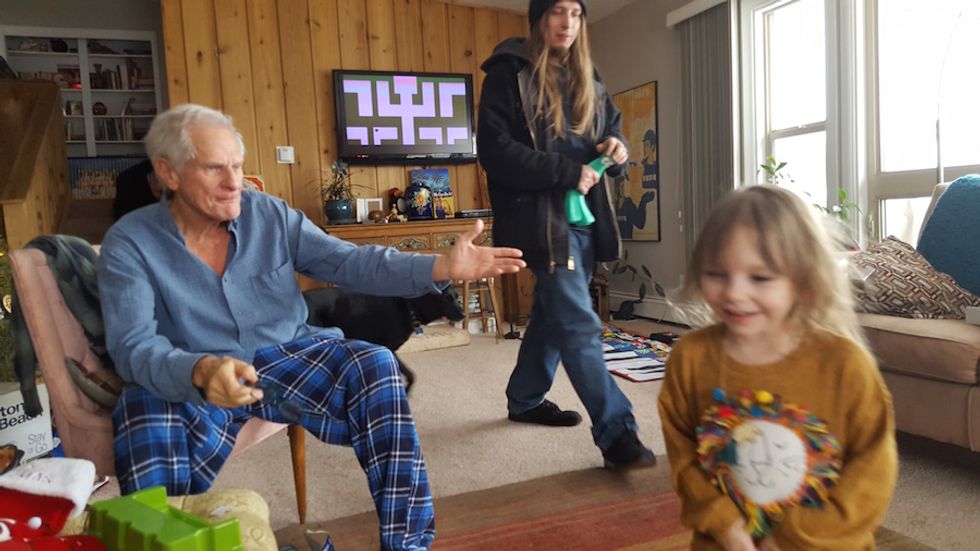 Gather round, Wonkers, for the last Weekly Top Ten of a terrible year. Let us cram all the stories in a garbage can, light them on fire, and warm our hobo hands round it! Oh, sure, we have families, and homes, and babies running around playing with their friend Grandpa. But other than that, LET IT BURN. Let's see the good and the bad from this last week of 2017, and then straight to the back yard with a shovel.

10. A Letter From Alabama On This Joyous, Roy Moore-Less Day! Oh right, a good thing! But every time we had one of those, we forgot about it by Thursday, because of the sheer volume of EVERYTHING ELSE.

9. Donald Trump So Mad Jeff Sessions Betrayed Him By ... Accepting His Job Offer. That little bitch.

8. North Carolina Congressman Explains To Katy Tur How Middle-Class Tax Cuts Are Socialism. Yeah, we are pretty sure the dumb man was wrong.

6. Would You Realize This Report From Trump Country Was Satire If We Didn't Tell You? This was funny, you should read it.

5. The Week in Garbage Men. In which Mike Cernovich's Reddit AMA goes spectacularly RIGHT! Mike Cernovich is a giver, everyone, of laughter and spite and SO MUCH JOY.

4. The Deleted Comments Before Christmas. Same idiots clogging up our tubes.

3. Does Milo Yiannopoulos Even Know He Plagiarized 'American Psycho'? Because He Totally Did. Three cheers for this editor trying to ... make Milo Yiannapoulos's disgusting bigotry palatable for a mass audience? Okay. Yay him.

2. Basket of Deplorables Also Basket of Unfuckables, According to Science! Can't argue with science, unless you are Donald Trump.

1. Finally, we are sorry, Erica Garner. Our story looked at the effect racism has on black women's bodies, the stress of which combines with the stress of pregnancy to kill multitudes more black women than white. Garner bore a son just four months ago, named for her father, Eric Garner, who was choked to death by the NYPD. We received a note last night asking us to retract our story, sourced -- perhaps prematurely -- from the New York Daily News, that Garner had been declared brain-dead, as her family was still holding out hope. She died this morning.

Quick I will give you more baby pictures!

That last one was after we went sledding across the street from our house on Christmas day. Donna Rose passed out in front of the bathroom door like a drunken frat boy for about two hours. It was a good day. And we'll have a GOOD YEAR.

Don't forget to tip your Wonkette, which has no ads and relies SOLELY on generous readers for salaries, servers, good freelance dollars, and baby shoes.