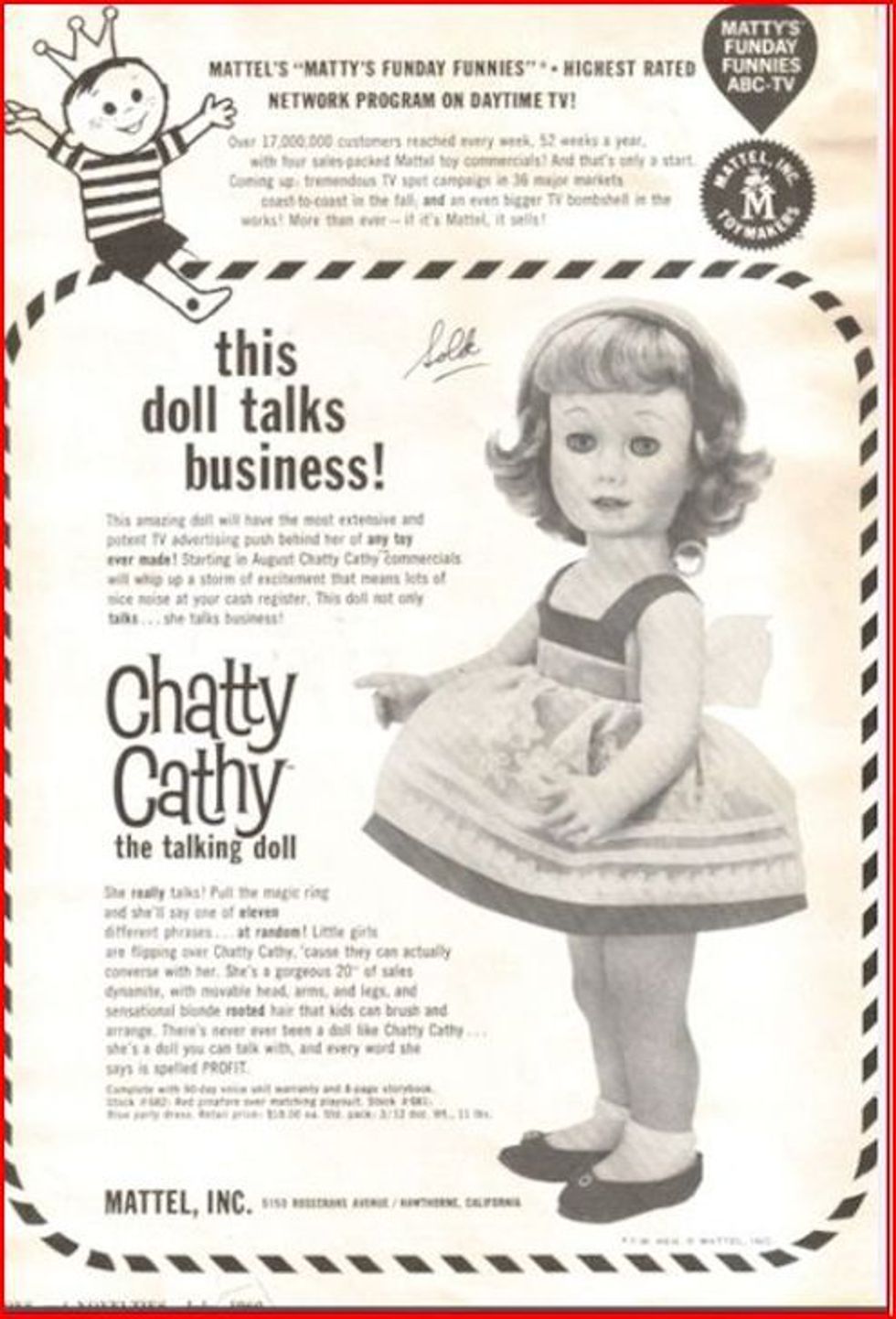 So how about that State of the Union response, huh? No, not Mike Lee, though we're sure that was adorable. Nope, not Rand Paul. We couldn't even find his speech. The lady one. No, not the Spanglish-speaking one. The OTHER lady. The one that spoke American but gave the same speech. Cathy John Jacob Jingleheimer Schmidt McMorris Rodgers. That one. Wasn't she a treat? Did you like it as she simpered and unfortunate-necklined her way into your heart, where the real State of the Union lives? Us too! We are sold on her vision for America, even though the speech didn't really explain what that was. "Anything but the black guy" may be a rallying cry, but does not actually count as a plan to run a country, much to the GOP's chagrin.

So, what is America's new Super Sweetheart SuperMom like? Besides being remarkably fecund while in office, having 3 babbies in 6 years, all during her Congressional terms, she is otherwise pretty much your garden variety little snipe of a Republican, but with lady parts, which makes her extra well-suited for reaching out to ladies, because their uteri can all quiver in harmony or bow down before a really busy uterus like Cathy's or something like that.

Cathy learned very early on when she was just a wee little Washington state legislator that one day, if she wanted to make it to the big show, the official State of the Union response, she needed to start kicking some vulnerable teeth in, and fast. So a mere year into her political career, she made sure to sponsor bills cutting arts education funding in both schools and prisons. Get it, girl! Good start! She didn't rest on her laurels, though, because she knew she'd have to work hard to one day end up sitting alone in a formal living room next to a depressingly unlighted fireplace listening to the whooshing sounds of 20 million people turning off the teevee after the president's speech. She tried to cut endangered species funding, because who needs animals if you can't show them at 4H, right? Were you convicted of harassing or stalking someone, but only a misdemeanor? Now you are the kind of vulnerable person that needs protecting, so young Cathy McMorris Rodgers wanted to make sure you could still keep your precious guns, because how else would you up your stalking game to the pro felony level if you can't have a weapon?

Once she hit the major leagues and became a Congresscritter, she did not slow down with the kicking in of molars. You already know that she does not really seem to like ladies very much, despite being one of them, and has voted against equal pay and Planned Parenthood funding, so she was laying some solid groundwork to become an Official Lady Spokesperson for the GOP, but that's really the bare minimum, now isn't it? She has of course voted to repeal Obamacare eleventy thousand times, and will do so until her dying breath, but hey, it is because she has some really well-structured and comprehensive ideas about how to deliver health care in America.

No, we shouldn't go back to the way things were, but this law is not working. Republicans believe health care choices should be yours, not the government's.

And that whether you're a boy with Down syndrome or a woman with breast cancer ... you can find coverage and a doctor who will treat you.

[Important note! No, there is nothing missing from the quote above where there are ellipses. They are in the official transcript in order to denote meaningful pauses or times to mumble and trail off and stare glassily into the camera.]

So health care is your choice! Cool! Except if you are a lady and want to do something different with your body than make all the babies, because McMorris has never met an anti-abortion bill she didn't want to take home and cuddle and love. Also, too, good luck with your Down Syndrome child or breast cancer wife and pray to god you never lose your job or have to switch insurance plans, because Cathy McMorris Rodgers loves her some voting to repeal the Affordable Care Act, which makes insurers actually have to cover your pesky sick relations.

The one issue that McMorris is kinda sorta OK on is ensuring a robust Family and Medical Leave Act (FMLA), which allows people to take time off for certain long-term medical issues, like having many babies. Good thing, too, since McMorris missed 41% of House votes during the time span of having babby number 1, 77% during the time span of having babby number 2, and 21% when she brought babby the third into the world. She's no champ at showing up when she is not giving birth either, with a vote absence rate nearly triple that of the average. So apparently the most positive thing we can say about McMorris is that much like Megyn Kelly, she's in favor of programs that help women if it is the kind of help that she personally needs. Other ladies, go hang.

All together now: she seems nice!

To her credit, on a scale of one to Bobby Jindal skulking through the haunted governor's mansion, she acquitted herself nicely. The brittle smile stayed in place, she didn't look at the wrong camera, she seemed only slightly dehydrated, and she didn't bungle too many sentences. The GOP may just have found its new slightly more articulate, slightly less grifty, Sarah Palin. Long may she reign.