Your Wonkette Week In Review: All The Best Stuff You Missed While 'Working' 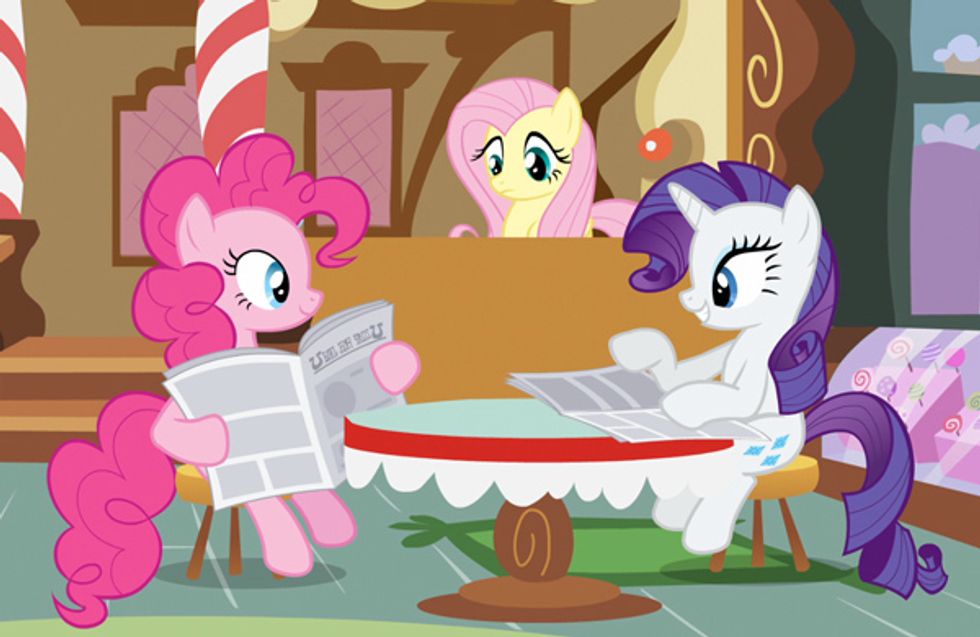 It has come to our attention that some of you people are "employed" and that you do not actually spend every moment of every day reading Yr Wonkette. Bizarre though that concept is to us -- after all, we spend a good 12-14 hours a day doing Wonkette things, WHY NOT YOU TOO? -- it occurs to us that we should probably let you know you may have missed some good stuff on Yr. Wonkette in the last week. And so we launch this new Saturday feature in which we point you to the Top Ten stories of the week, as determined by the number of times people "shared" them onthe Facebooks -- we figure that tallying the number of people who virtually nudged others in the ribs and said "Hey, looka this" is a pretty good measure of popularity (we also may occasionally toss in a piece we think deserves another look, too, because we are control freaks that way). You think there were better stories? Well then, go ahead and influence next week's list by sharing the stuff you like and lobbying your friends to share it too! (Ooh, social media stragety!)

And so! Your Top Eleven Stories of the past week from last Saturday through yesterday (there was a tie for #7):

9: Eric Cantor slunk away from his Big Goodbye party on Thursday and then quietly told a Richmond newspaper that, oh, by the way, he's taking his toy cars and going home and he didn't want to play with all those losers anyway.

8: Sarah Palin announced the launch of her new online teevee channel, for the bargain price of ten bucks a month, so for a bit more than Netflix you can hear her shrill harpy voice whenever you feel the need to make yourself stupider.

7: Tied: Sundays with the Christianists looked at the George W. Bush administration as viewed through rightwing Christian textbooks, and George Zimmerman sat outside a Motorcycles-n-Guns shoppe all night, "guarding" it for free. He got fired from that volunteer job.

6: CongressIdiot Curt Klawson "welcomed" a couple of people who he thought were diplomats from India as they testified before a House subcommittee, and lectured them about the need to keep their country open to American investment. Only problem is, the brown people with funny foreign names were top-ranking officials in the American Government. Klawson is from Florida, so he is perhaps new to American Ways.

5: Neil deGrasse Tyson had the last word on strange creationist Ken Ham's suggestion that we don't need NASA looking for life elsewhere in the universe, because Jesus only died for Hu-mons.

3: The brilliant First Amendment Trolls otherwise known as the Satanic Temple had the perfect reply to the terrible Hobby Lobby decision.

2: In Texas, a group of open-carry idiots were unnerved by boobies.

1: A blogger got fired by a language school in Utah for writing about homophones. Know! Four reels!

Also, too, just in case you missed it, this one didn't get a lot of shares, but by golly, EVERYONE needs these exciting Wonkette Finger Puppets, for your fingers.