You're Not Gonna Believe This, But Another Lawyer In The White House Would Like To Quit 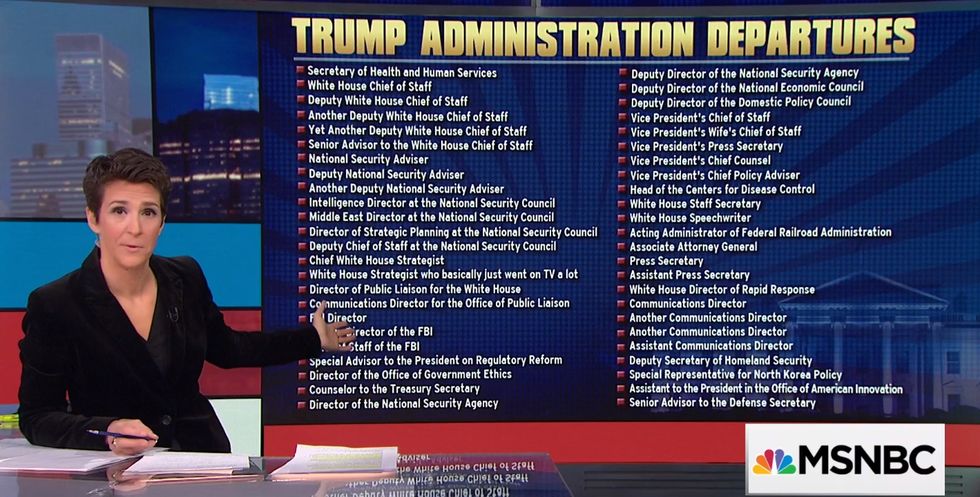 There is very shocking news to report, and we hope you're sitting down, but it turns out another person in the White House wants to quit.

Don't panic though, Politico says he's not leaving until Donald Trump finds a suitable replacement, and the president will have to watch at least six hours of "Fox & Friends" and another several hours of infomercials and the defendants on the Judge Hatchett program to find just the right person. (It's called an "interview process," you idiots, do you not even understand how smart business guys do things?)

The president of the United States just hasn't had a chance to do all that yet, what with his busy Executive Time schedule, which shan't be interrupted:

“I think it’s all up in the air,” said a source close to McGahn. “I think he'd like to quit very much. The president doesn't want him to quit. The president wants him to stay. I don't think he knows who will replace him.”

What about Fox News yell monster Jeanine Pirro? She's a fucking idiot, she would surely please the president muchly as White House counsel! Or how about Diamond and Silk, Donald Trump's black friends on YouTube? They could take some law classes online, we bet!

Because really, no self-respecting lawyer in their right mind is willing to work anywhere near Donald Trump. (Yes, we understand that Trump hired Joe diGenova, and that diGenova might bring his wife Victoria Toensing to work with him. We said self-respecting.)

If you will recall from many news reports over the past year, Don McGahn is perfect and blameless. He somehow shows up in all kinds of stories about Trump White House #scandals, but "sources" (Don McGahn) always are sure to note that Don McGahn tried to do the right thing. When the White House was alerted to how the guy Trump originally picked to be his national security adviser, Michael Flynn, was a literal actual foreign agent who was trying to hurt America, Don McGahn was like "I am going to tell the president about this, because surely I would not conceal such a thing! Now, tell me again, is lying to the FBI a crime, or is it just sorta naughty?" When Donald Trump asked Don McGahn to call the Justice Department to get special counsel Robert Mueller fired, McGahn stood right up and and threatened to quit right then and there, because you know why? Because Don McGahn is the GOODEST BOY IN ALL THE WHITE HOUSE, that is why, according to five sources Maggie Haberman talked, to, all of whom are Don McGahn.

Did you hear that, Robert Mueller? Don McGahn is THE GOOD ONE. He's been trying to tell you this ever since the first time you hauled his ass into your office as a witness in the various obstruction of justice cases against the president, including that time the president and his top white supremacist Stephen Miller scribbled out a memo about how they wanted to fire James Comey so they could obstruct justice in the Russia investigation. Remember what Don McGahn said about that memo? He said "TRY AGAIN, PALS. DON MCGAHN, WHO WALKS OLD LADIES ACROSS THE STREET ON A REGULAR BASIS, THINKS THAT WOULD BE BAD."

And he would like to quit now. Jeanine Pirro will take over as White House counsel as soon as she can find somebody to co-sign a lease for a DC apartment, assuming we are correct in assuming she has bad credit.