Youth Rise Up Against Big-Haired Mexican Presidential Candidate, Make Him Hide In Bathroom 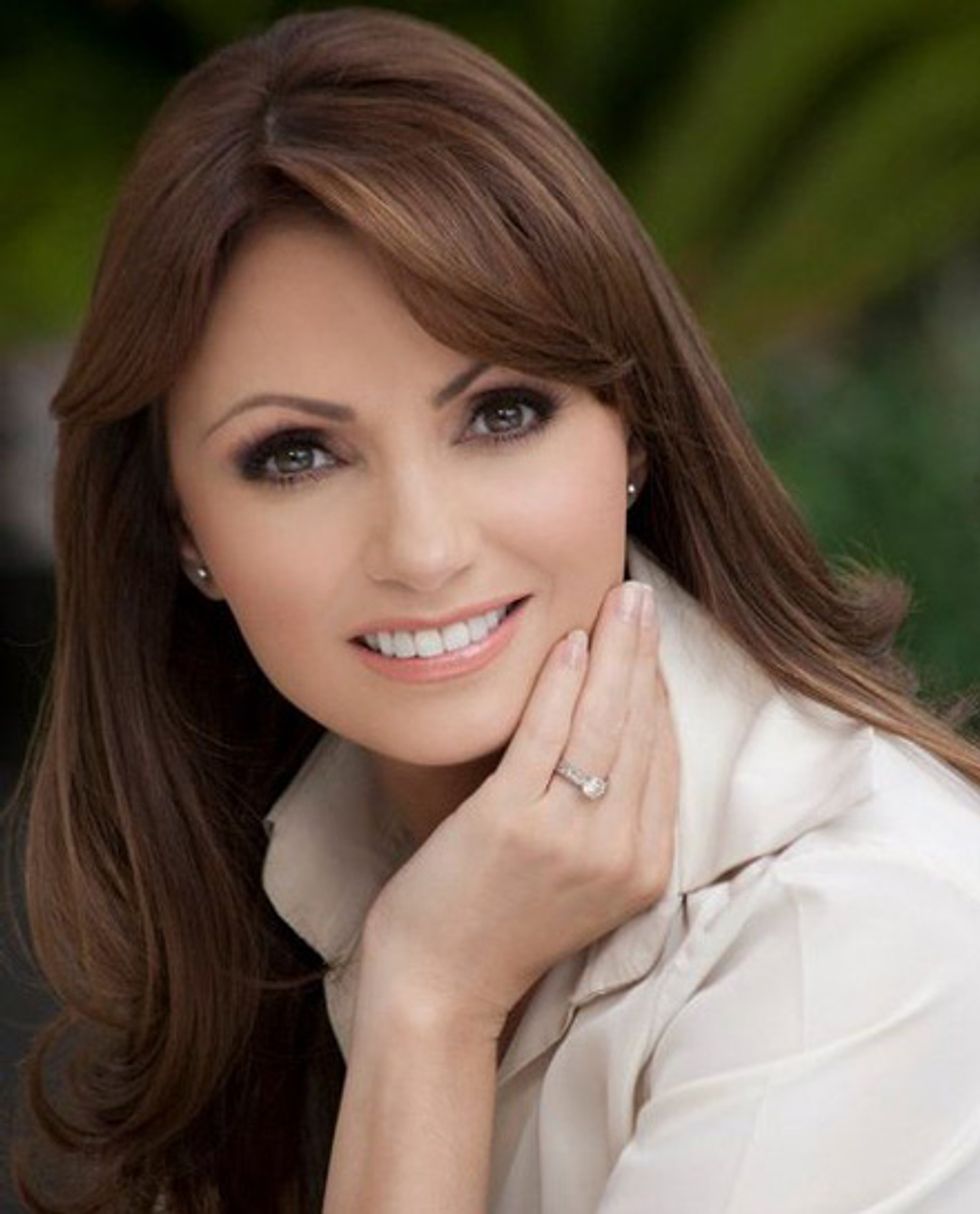 This weekend was presidential election weekend in Mexico, which basically means there was no alcohol available... anywhere. So, Mexicans across the land, in preparation for the long, dry weekend, were seen exiting grocery stores on Friday, sombreros atilt, leading donkeys laden with beer, tequila and limes, on their way to get some Zzzzs under a cactus until voting started on Sunday. This is not at all a stereotype, nor a run-on sentence with too many commas. Es la verdad.

The word on the street was that it was pretty pointless to vote because the two most powerful TV news stations, Televisa and TV Azteca, who together control almost all national broadcasting, have recently been exposed (by Wikileaks diplomatic cables and whistle blower documents obtained by The Guardian) as being the marketing arms for PRI candidate Enrique Peña Nieto, his "unmovable hairdo," and his telenovela starlet wife, Angélica Rivera (fappable).

So, the election is just a big sham. But even under these circumstances, everybody said they'd vote, because duty.

"See this?" said Rojas, the tailor, brandishing a newspaper which he had rolled up in his umbrella. "Propaganda, bought and sold. Can't believe any of it." Would he vote? "Of course. They're all crooks, but as a citizen it's my duty to vote. Vote and hope."

And then, after casting their vote, they watched the Euro 2012 soccer match, because duty.

Meanwhile, in the communist Mexican universities, online exposure by Wikileaks and The Guardian of Peña Nieto's relationship with mainstream Mexican media (not covered at all by mainstream Mexican media) awakened the sleepy feathered serpent Questzalcoatl from his slumber and prompted communications students at Ibera university in Mexico City to attend a speech by pretty-boy Peña Nieto (the current leader in the results trickling in) on May 11th, to voice their concerns about his candidacy.

During Peña Nieto's speech at Ibera, students booed him, called him an assassin until he finally admitted (proudly) his responsibility in the deaths, arrests and sexual assault of protesters by government troops in San Salvador Atenco in 2006 (Peña Nieto was governor of the state of Atenco at the time and ordered law enforcement to control the protest). After his speech, he was supposed to be interviewed at the university's radio station but instead tried to escape the interview by running (with his entire entourage) to the bathroom. Students cornered him there until his team was able to get him into the car. His parting shot to journalists when asked about the protesters was that they were "not all genuine."

The next day, Peña Nieto's spokesman, as well as an Ibera university spokesman and all TV and newspaper media, branded the students as thugs and paid opposition lackeys, so the pissed off Ibero students got together online and asked everyone who protested that day to upload a video, showing his/her student ID to prove that they were just students, not thugs or hired opposition lackeys. When their midnight deadline was reached, organizers had 131 videos. But videos continued to come in, even though they would not be included in the final edited "video of truth." Thus the name and birth of the organization: I am #132. Their stated purpose is to expose the Fox Newsiness political manipulation of the country’s mainstream media and to promote awareness and (are you ready for this Texas?) “critical thinking” among students and voters. (For an in-depth ‘splainer of the movement, click here and scroll down past the video.)

Throughout Sunday, after doing their citizen’s duty of voting and watching the soccer game, the eyes of Mexico’s youth were on the Yo Soy #132′s Twitter feed and website for election news. PAN (current president Calderon's party) candidate, Josefina Vázquez Mota, bowed out gracefully early in the evening. PRI candidate Enrique Peña Nieto and PRD candidate Andrés Manuel López Obrador (he who lost in 2006 to Calderon) have been neck-and-neck with single-digit percentage points. But with almost 89% of the votes counted, it looks like Peña Nieto is the winner. It seems that Mexicans are willing to forget that when PRI was in power for 71 years (1929-2000), they "developed political machinery of an authoritarian and corporatist nature that fostered a culture emphasizing loyalty and obedience to those in power rather than the assertion of rights."