YouTube Does Not Care for Herman Cain's Bunny Snuff Film 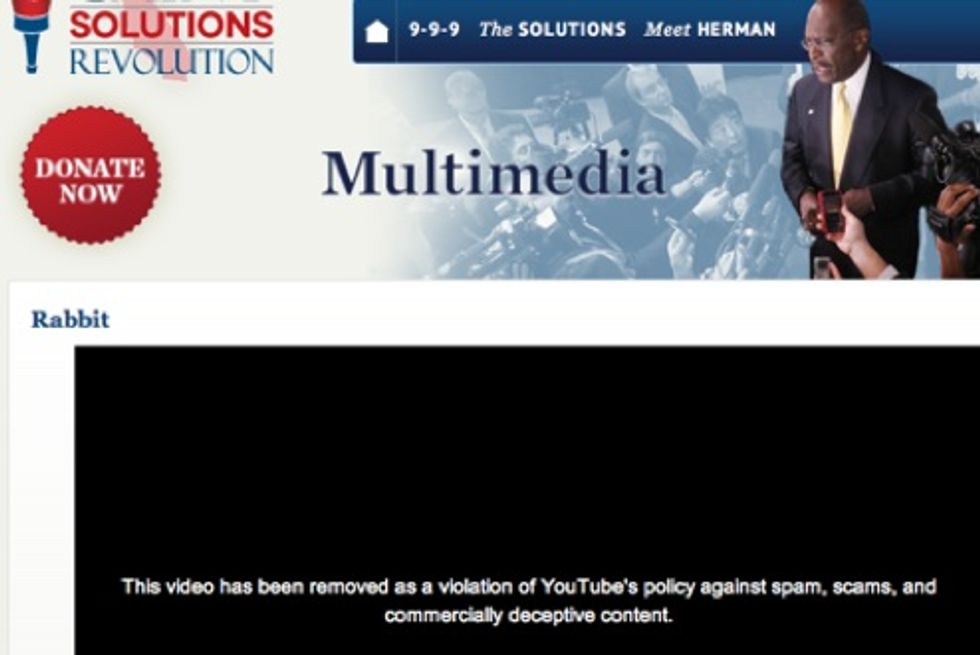 Herman Cain is back again with a new video in which an adorable bunny symbolizing adorable small business is catapulted into the air and blasted to pieces by some NRA sociopath with a rifle, as part of Herman Cain's ongoing series of snuff films starring small, defenseless animals (remember when the goldfish was tortured, how fun was that?) meant to encourage a thoughtful dialogue about the nation's fiscal problems. But what's this, YouTube seems to have taken it down?

Hm. So which part of YouTube's policy against "spam, scams, and commercially deceptive content" disqualified the ad? Together now: All of 'em, Katie.

Here for anyone with hostile feelings toward their lunch today is the video via a different YouTube user:

UPDATE: OOP and it's back up on Herman Cain's YouTube page. That was fast! YouTube is in the tank for comical grifter idiots.