Ryan Zinke Knows Who Burned Down California, And It Is Hippies

Ryan Zinke, who is not a geologist (even if he says he is 40 times, he's still not a geologist), is outrageously, utterly, and completely crazy as catshit. For two years now, Yr Wonkette has been sounding the alarms about this grifty bitch. And now he's adding crackpottery too!

Now Zinke is using his dumb mouth to blame the hideous California fires -- where hundreds are dead and a thousand are missing -- on ... Environmentalists.

Interior Secretary Ryan Zinke blamed "environmental radicals" for the California wildfires that have killed at least 77 people, saying they stop forest management practices that could have prevented the fires.

Do you see how not smooth he was in blaming tree hugging sap drinkers for fucking the land up so bad that WE ARE MISSING OVER 1000 PEOPLE IN THE FIRES? Pretty sure the Forest Service can find ways to do their jobs even if 1000 people named Sage, Mulberry, and Moonshine yell at them the whole time. What we really mean to say is, FUCK YOU, ZINKE, YOU ARE AN ASSHOLE, SIR.

Zinke went on Breitbart News Sunday and declared "it's not the time for finger-pointing" on the causes of the fires.

But minutes later, he put the blame squarely on environmentalists, contending that they stood in the way of clearing brush, doing prescribed burns and other actions.

Have you noticed lately that Trump and his staff are becoming EXACTLY the same person, just in different places, and with different dumb ass expressions on their faces when they make shit up for applause, likes or retweets from the MAGA crowd? Trump is still the king of surveying his adoring crowd while onstage, and feeding them all the racism and lies they can swallow (and they have no gag reflexes AT ALL). But Zinke, on the other hand, is his OWN CROWD, and he adores himself just as much as the idiots in the "Fuck your feelings!" t-shirts adore Trump. 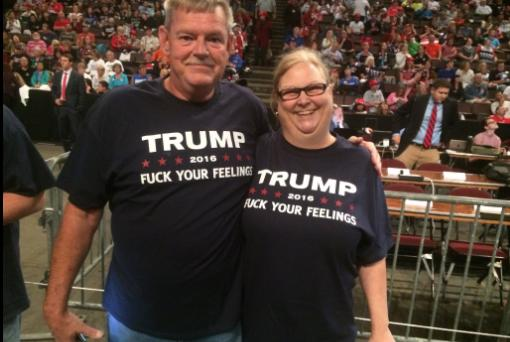 The Sierra Club weighed in on how dumb this shit was and seemed to think Zinke should find something the fuck to do with his hours and hours and hours a day of free time other than using his mouth or hands to make any more words.

The Sierra Club, the nation's largest environmental group, criticized Zinke for his remarks, saying he should instead focus on recovery and the victims of the fires.

Well, sure, if you want to understate it a tiny.

"Perhaps it's the numerous investigations, the potential criminal charges eating at him, or the fact that he still doesn't even know what department the Forest Service is under, but Ryan Zinke would best be served by focusing on the people rather than making disgusting and dangerous accusations," Athan Manuel, the group's public lands director, said in a statement.

See how much better that was? Just yell stuff like we do, it's healthier. Also much faster.

Wonkette is independent, ad-free, and needs YOU to help pay our writers a living wage. Be a mensch! We love you!