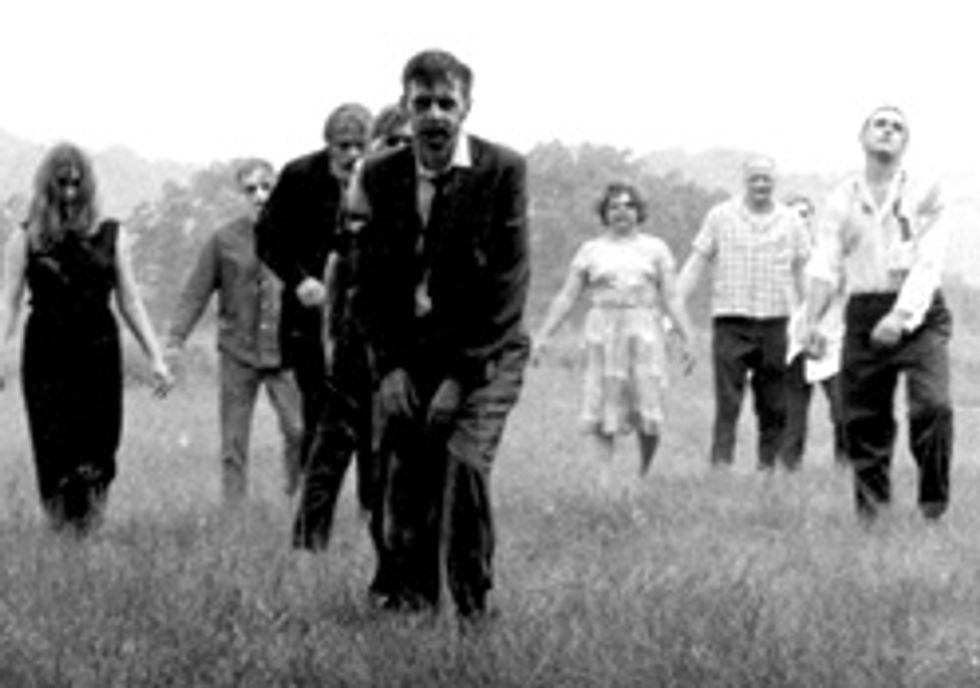 We all know that Democrats are forever trying to let poor and minority people be allowed to vote, which, you know, huge SCANDAL already right there, but have you heard about the latest Republican voter "fraud" outrage du jour? ZOMBIES, VOTING! (Vampires: so last year.) South Carolina's DMV director Kevin Shwedo, a Nikki "what massive state unemployment rate" Haley appointee, produced a list of 957 dead people who he claims managed against all odds to vote in South Carolina's primary last weekend. This conclusively proves the need for a voter ID, in order to help poll workers better determine whether the person standing before them at the registration desk is or is not a member of the undead. Shwedo won't let anyone from the state's election commission see the list of names, of course, maybe because the whole six names he did hand over to the commission were investigated and did not turn out to be cases of fraud at all?

From Corey Hutchins at the Columbia Free-Times:

Before the hearing, Horry County GOP Rep. Alan Clemons, who led the hearing, said, "We must have certainty in South Carolina that zombies aren't voting."

In a news release that election agency spokesman Chris Whitmire handed out prior to the hearing, the agency disputed the claim that dead people had voted. One allegedly dead voter on the DMV's list cast an absentee ballot before dying; another was the result of a poll worker mistakenly marking the voter as his deceased father; two were clerical errors resulting from stray marks on voter registration lists detected by a scanner; two others resulted from poll managers incorrectly marking the name of the voter in question instead of the voter above or below on the list.

The attorney general's office had only given the State Election Commission six names off its list of 957 names to examine. The agency found every one of them to be alive and otherwise eligible to vote, except for the one who had voted before dying.