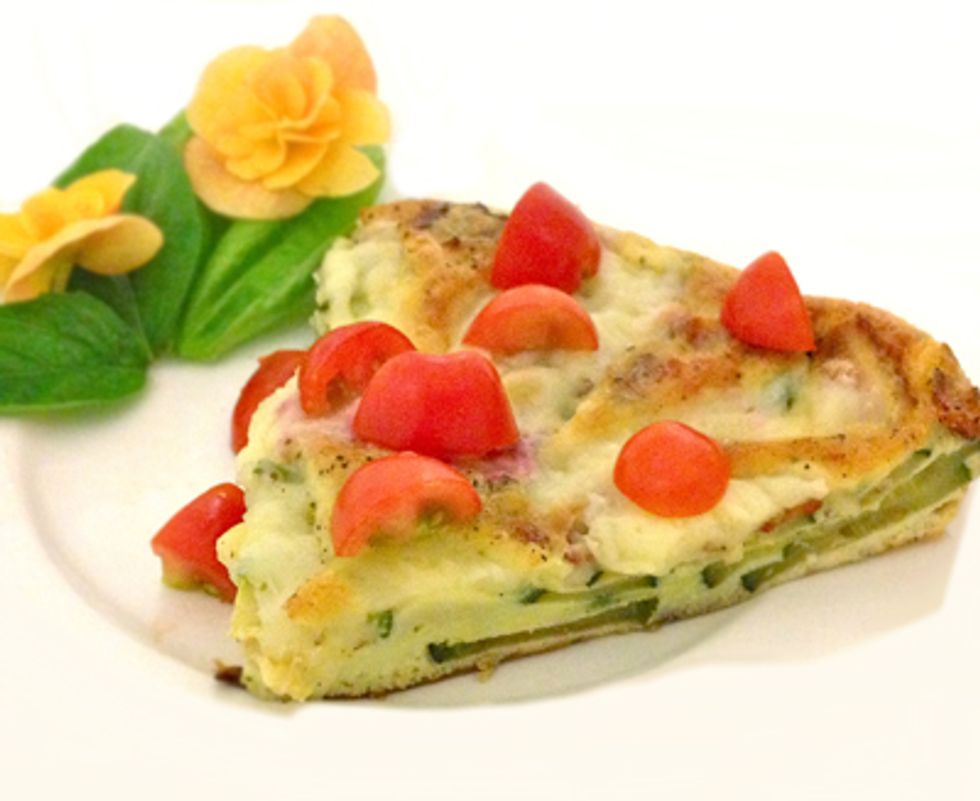 Remember that time I thought it would be cool to grow zucchini, because we like it so much? Turns out that zucchinis multiply at a rate that is greater than any assignable quantity of countable numbers.

Zucchini never stops. It's a squash, so it originated in the Americas, but it sneaked into Italy and eventually took over France, Germany and the UK. It eventually decided to come home to North America, and was first recorded in the US in the 1920s. I can't help but feel like it was on the DL then, waiting for the right moment to bust out of California and eventually colonize Mars. All of this is possible because zucchini is so delicious and versatile to prepare.

After you've worked out ratatouille and zucchini bread, try this:

Oil and butter, for sautéing

You will need an iron skillet for this recipe, or a pan suitable for the stove top and oven. The entire recipe, from start to finish, takes about thirty minutes.

Heat the oil and butter, and then add the onions. When they begin to sweat, throw in the garlic. As this begins to caramelize, add the zucchini. Sauté for a few minutes on medium-high heat until the zucchini has softened. Season, and then add the herbs. In a separate pan (or in a microwave on paper towels), cook some awesome bacon. Sprinkle the bacon over the zucchini mixture. If you are a vegetarian, eat crispy bacon in the dark (probably standing over the sink) when no one is watching.

Blend eight eggs with the Parmesan cheese and milk (in an actual blender - it's easier). Pour this over the zucchini on low heat. Cook until the edges and top begin to set. Adds slices of Havarti to the top, and cook under a broiler (400º) until the cheese begins to bubble.

When I have tomatoes in season they are brilliant with zucchini frittata. When I don't have tomatoes, I love the way berries warm up between garnishing and serving. Either way, can't lose.