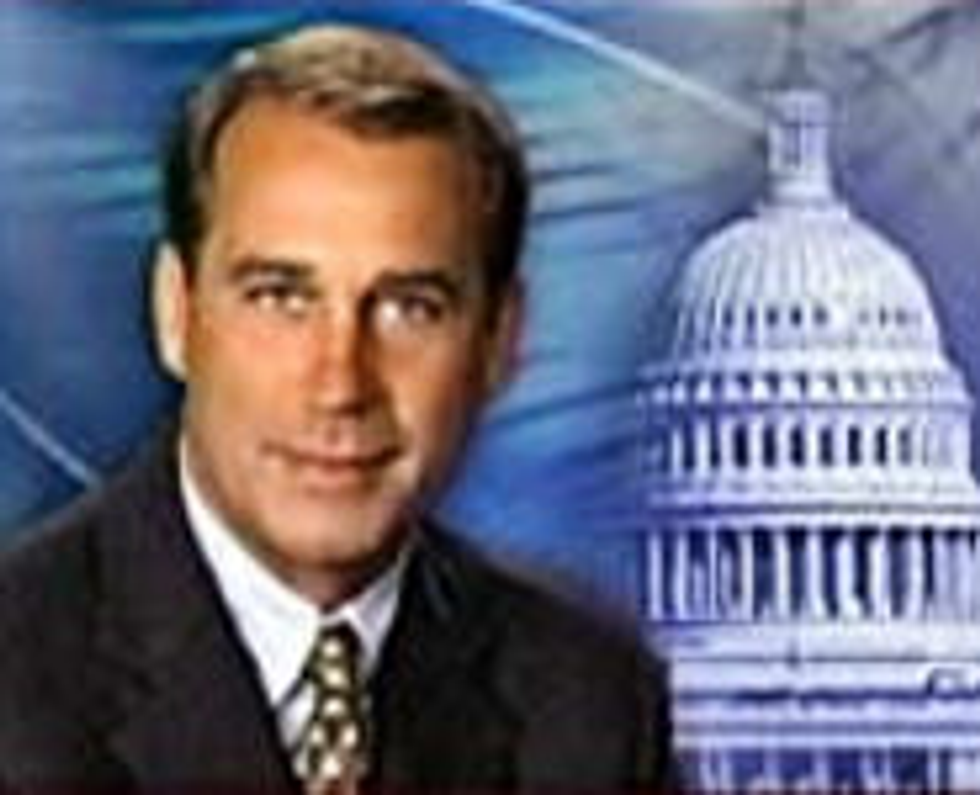 John Boehner is a quick study: He didn't really care about politics much as a youth, eventually worked his way up to the presidency of a small business in plastics, decided he didn't like dealing with the hassles of government regulatory compliance, and boom: A Republican lifer was born. And here's the thing about small businessmen: they don't think anything counts as a "real job" if it's not a job growing a small business, and they despise anyone who doesn't have one of these jobs. You know all that rhetoric in both parties about the Noble Small Businessman selling his Wares? Neither party ever points out that small businessmen, at least in their role as political actors, aredicks. This is their mindset, as spoken by John Boehner today on one of the Fox idiot's radio shows: "But the President has never created a job. He's never even had a real job for Christ's sake. And I can tell you from my dealings with him, he has no idea how the real world, that we actually live in, works." Who actually lives in the real world?

We're sure John Boehner moved a lot of plastic in the '80s. Since 1990, though, he has mostly kissed as much ass as possible through various congressional leaderships, even having to start from the beginning once after getting caught distributing tobacco lobbyist checks on the House floor. The Real World, yes. Now he is House Speaker, and powerless. Obama is president, and powerless. The only person with power in the whole idiot government is the Senate minority leader. That's a broken system, there, so clearly whatever jobs any of these people had didn't prepare them for shit. So let's stop talking about who had a job doing what in the previous century.