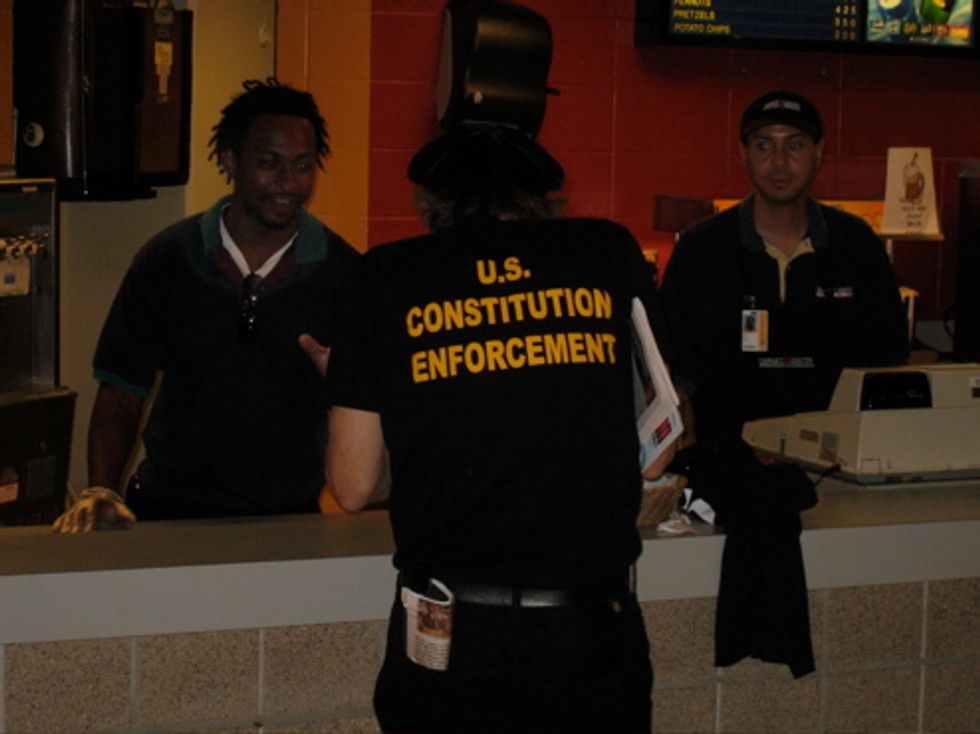 How many half-assed Sarah Palin costumes did you see last Halloween? Let's remember all the dumb crap from 2008, in pictures, including this beautiful office shot by Miz Ginevra.

So maybe Ron Paul didn't win the presidency, or the nomination, or any GOP primary election or whatever. But he did hold some lame-ass rally in Minneapolis during the Republican Convention Week in St. Paul. It was the greatest event your editor ever attended, and the tickets were free! All you had to do is walk by, and people would give you tickets.

Wonkette operative Katie A. made this fancy Obama Cake because people in Oregon cannot legally vote! So sad. But still, donut-cake!

And then Barack Obama and John McCain had a debate and ... OMG WHAT HAS McCAIN BECOME? This tongue-lolling Hell Monster tried to kill and eat your Barack Obama, but failed, due to advanced age.