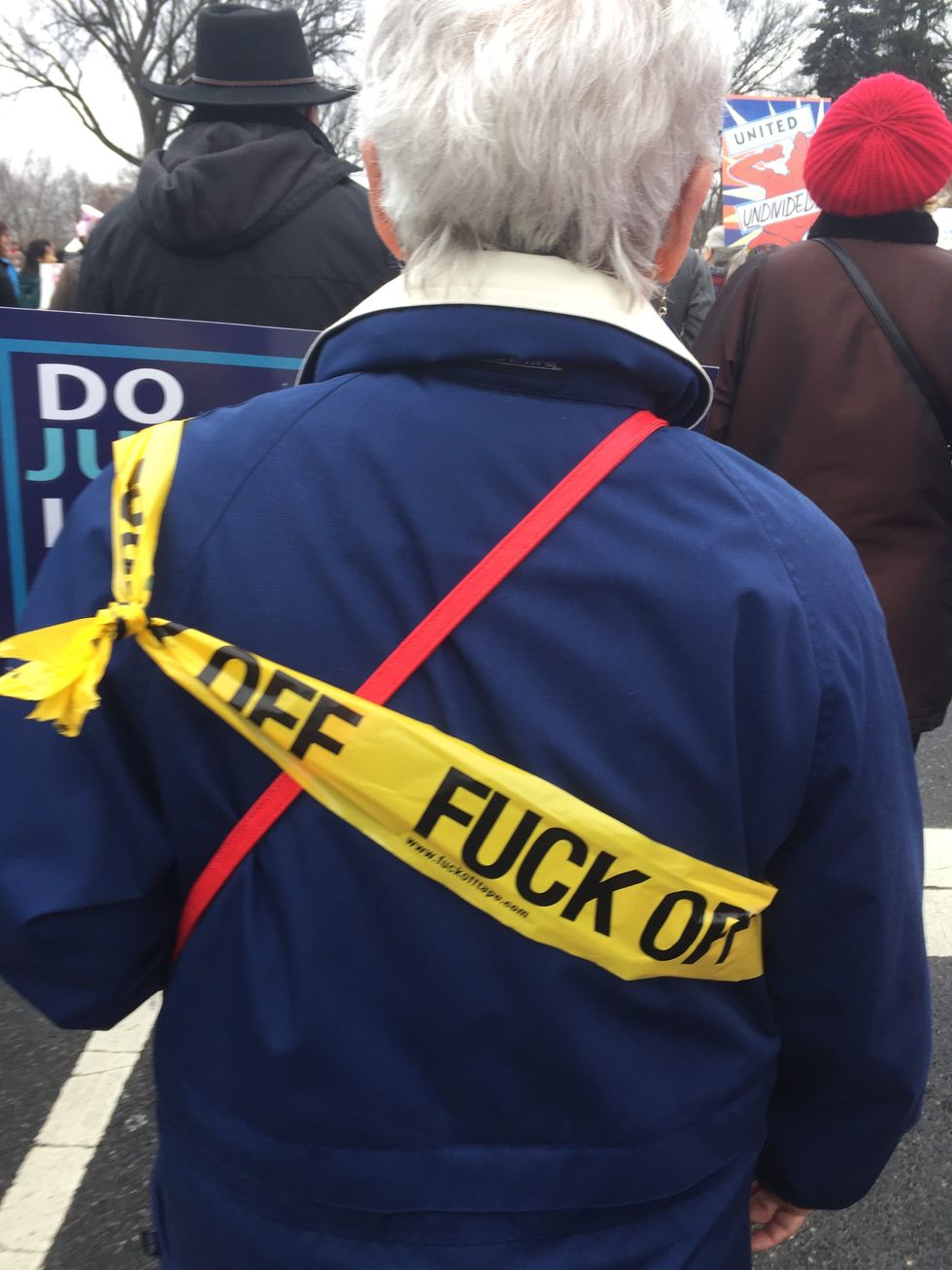 See that lovely lady? That's my mom at the Women's March in DC in January. That's what a VERY PISSED OFF lawyer looks like. If Donald Trump's election did anything, it transformed a whole lot of us from armchair liberal lawyers to out in the fucking street lawyers. We might not have marched in a Black Lives Matter protest in 2016 (and shame on us!), but we're here now. In 2017, the lawyers SHOWED UP. So let's remember four of the many, many, MANY legal stories this year. This shit was crazy, and it almost killed us dead.

JK! WE LIVE FOR THIS STUFF, AND THERE'S NO PLACE WE'D RATHER BE!

On January 27, Donald Trump signed that first piece of crap Muslim Ban, barring all refugees and any non-US citizens from Iran, Iraq, Libya, Somalia, Sudan, Syria and Yemen from entering the country. There was immediate pandemonium at the airports, as legal US residents and visa-holders were detained and expelled from the country, huge numbers of protesters massed, and thousands of lawyers came out swinging WITH LAPTOPS.

Lawyers are stationed at airports across U.S. If you know someone entering country, tell them not to sign anything before talking to lawyer