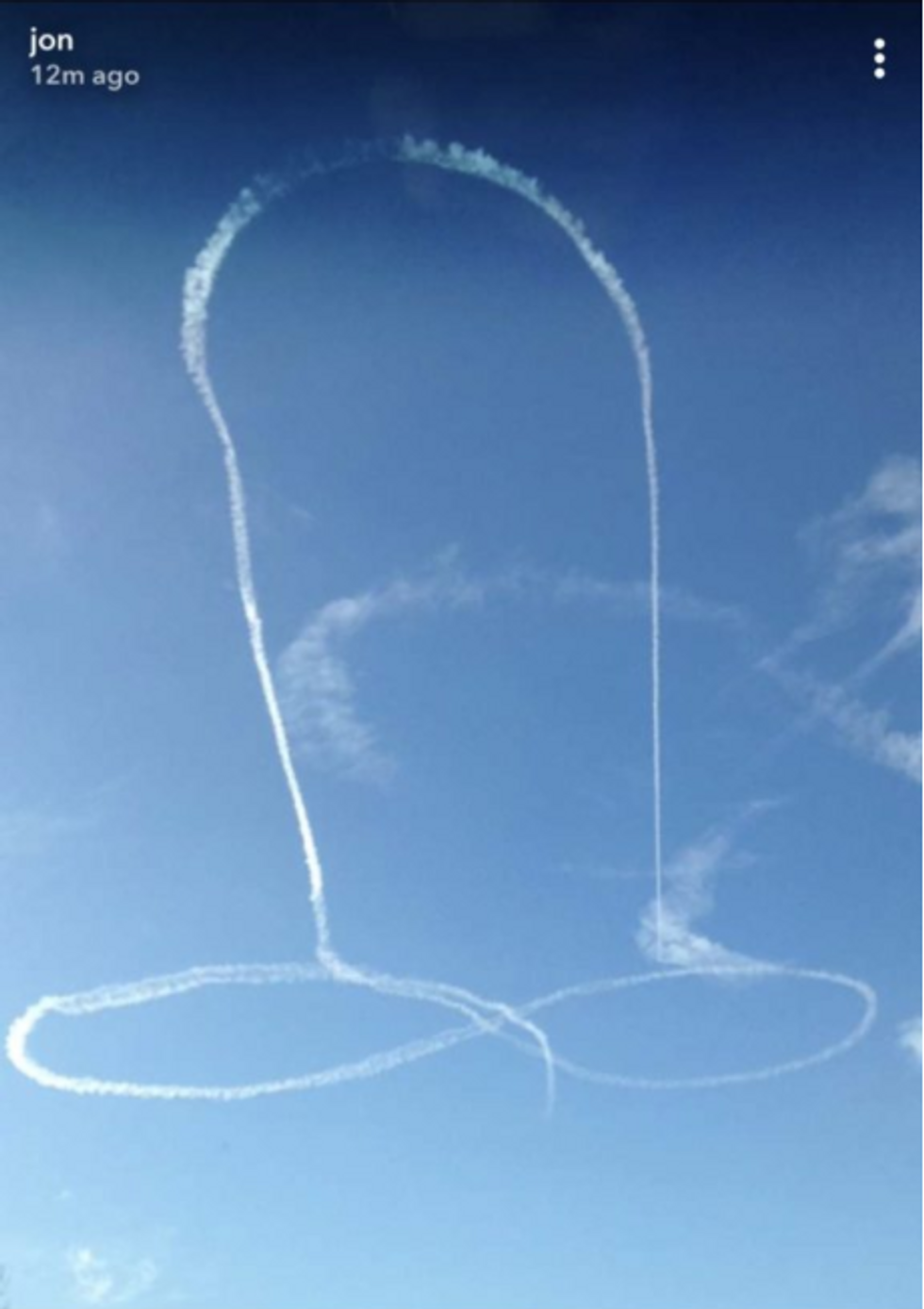 You guys! We have survived! It is already 2018 in whole parts of the world and that's just fucking great because so far I have heard no reports from overseas about the oceans rising up or a nuclear attack which means that no matter what happens between now and your midnight, some humans survived 2017.

I feel like we should start out noting that.

But what else that was good happened this year?

Sorry, I'm never gonna get tired of that. In 50 years I'll be old and my great-grandkids will think I'm daft when I crack up in the middle of family dinner and start talking about how Spencer got clocked, and nobody will know who that is because fuck that guy, and I'm fine with that.

There's the fairly stunning set of wins in special elections to celebrate! We elected trans people in precedent-setting seats, won the governorships in New Jersey and Virginia, and remember when we picked up that seat in the New York Assembly? Or in the Oklahoma Senate? Or in Georgia's state house? or in Washington's state house?

OH AND REMEMBER WHEN WE TOLD ROY MOORE THAT THE SENATE WAS A MALL AND HE'S NOT ALLOWED ON THE PREMISES?

Good times. So electoral politics can get in the fucking bin because it brought us Trump but shit, at least we're taking it back. Slowly.

OH PLUS ALSO THE FUCKING TREASON! We've been waiting all goddamned year for something to give and while nothing has quite happened yet (except LOL at Paul Manafort) we watched the wheels grinding and the justice starting to happen and it kind of brings a tear to our eye thinking how brutal this is gonna get for the Trumps and their lackeys.

Speaking of trans folks, the military is refusing to go along with Trump's proposed ban on transgender soldiers because FUCK YOU, THAT'S WHY. SIR.

What about international politics, you ask? Well, I mean, we as a population have strong support from foreign leaders at least, because here's the former President of Mexico:

And here's the former Prime Minister of Australia: Plenty of people have come to our aid and defense via sheer mockery and frankly every time someone dunked on Trump and brought joy to the nation that's a win in my book: Meantime what were we doing back home? Well we were just marching all over the goddamned place and occupying things! We had the Women's March and the Science March and a bunch of other marches! That was great! But you know what the absolute best thing in the world was? That time the lawyers occupied the airports to stop that stupid fucking travel ban

and then they went to court and stopped it again

and then the judiciary told Trump to get fucked on it in multiple ways.

Oh, and there was the time that thirty thousand people showed up in Boston and a dozen or so frightened fucking Nazis felt triggered and nobody died, that was awesome too.

There's all the times the GOP tried to fuck us and we stopped them, like with the Obamacare repeal and then the next one and the next one because some of these assholes in Congress seem to think that we won't notice if they pull more shit with us but we will both notice and do something about it.

Have I mentioned that disability and health care activists are possibly the most badass people in America? Mass arrests, all year long. If you're not much of a protester yourself, you might not know that it's stressful and not particularly healthy to occupy a Congressional office; you can't eat or pee or get more water. Oh, and the cops might drag you out. Now imagine those risks, but you've got cystic fibrosis and you've already seen three people dragged out of their wheelchairs and you tell the cops to come and get you.

Women actually had a pretty good year too if by "good" you mean "badass" and if by "badass" you mean "come on, dudes, you really gonna make us do this? I mean, okay..."

We begin with Congress:

And we move on to ALL OF THE WOMEN. All of us. You know what kind of fucking triumphant feeling it is to watch all the gross men go down, and for women to realize that we can make that happen? Like, Rape Month sucks and is bullshit and also there's gonna be whole new fields where women can work and nobody's going to jerk off onto some nearby flora. I thought the hats were silly, and my friends who loved the hats think my boots are silly, but at the end of the day there's millions of us and even though we sometimes disagree with each other, en bloc we will not be fucking moved and that's amazing.

Speaking of women! There's a lot of "black women will save us" going around and tbh that's kind of a lot of pressure to put on people, and it's maybe kind of racist for white people to expect black people to save us, I think, and black ladies in particular? Maybe instead of counting on people to rescue us, in 2018 we can all get in on this saving gig ourselves! (Black women remain badass even if they're not actual fairy creatures sent from the heavens to save us all from ourselves.)

Anyway, it's been a rough-ass year to be a person of color, but you know what did happen is this:

It ain't the same thing as not being a racist-ass country. But it's a start.

Actually that's been the best part of 2017. The nuance. The fact that people are thinking in nuance at all feels akin to a miracle; to see millions of people nationwide engaging in discussions about civics and procedure and ethics and racism and sexism and what we do to make a better society seems nearly impossible. But I've been watching it happen all year.

People are talking and planning and actually leaving their damn houses and their bubbles and they're going out and talking to their neighbors and it's fucking renewal. It's unlike anything we've seen at least in my adult life, where you actually bond with strangers over a shared love of the futures you could build and the people you could help.

Look, 2017 sucked. It sucked hard. The other piece I wrote for this New Year's Countdown was a recap of the year in fucking Nazis. But there is no human society so broken it can't be fixed, no nation so intractable it can't be improved. There is no politics so toxic it can't be brought back to reason. This year we faced down whole maelstroms, both figurative and literal.

But we're learning how to do that effectively, and 2018 is the year we hone those skills and stand stalwart and refuse to tolerate any more of this bullshit. That's the promise of America, the thing we were taught is our national ethos, and in 2017 I saw hope that we might just be remembering that.

When even Vinny from Jersey Shore is getting engaged, there's hope:

I mean, plus sky dicks. I don't know how you look at sky dick and you don't feel just slightly better about the world.

To sum up: everyone who engaged in the work of fixing this society is a BAMF. Thanks, because my kids have to live here too.