4 Million Obama Nuts To Be Slaughtered in DC 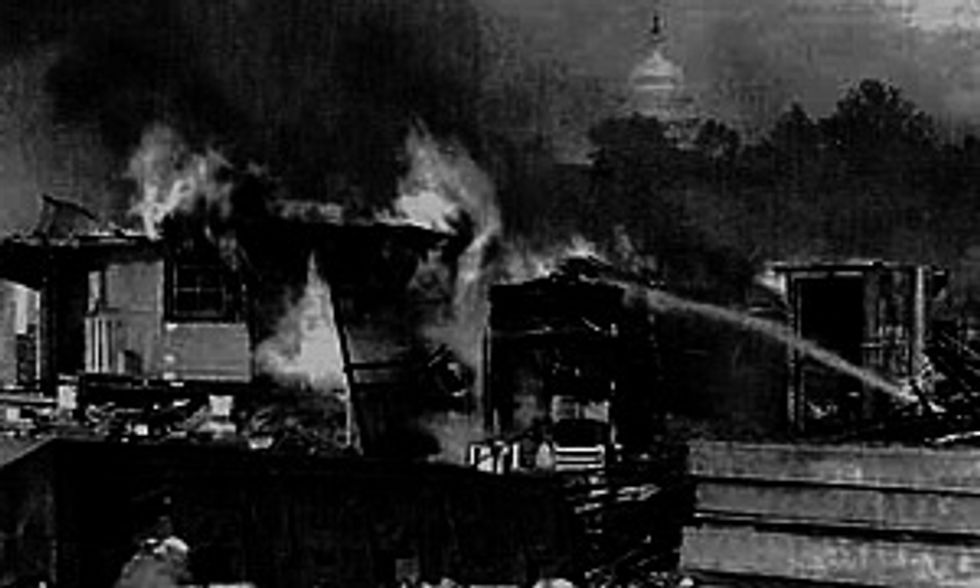 The January 20 four-million Obamatard march, otherwise known as "Inauguration Day," will combine the fun of being stranded outside during an ice storm with the excitement of being killed by the homeless or maybe the Army as Barack Obama is safely sworn in at a secure, warm location with plenty of fancy food and cocktails. And because it's all happening in Washington, D.C., you can bet the public services and coordination will be top-notch!

It is a historic thing, etc., and it's understandable that so many people would want to descend upon our nation's rat-filled freezing miserable capital to "witness" the inauguration of America's first Hawaiian president. But also, you are a FOOL to come anywhere near this place, on January 20, 2009. You would be more comfortable in Kabul, dead from a car-bomb.

The worst crowd disaster in the National Mall's history was the doomed Bicentennial Celebration of 1976 -- the infamous "Bicentennial Meltdown" when more than a million people were stuck in cars and buses on a sweltering July weekend. The tragic two-hundred-year birthday party for America was just about what you would expect for the mid-1970s.

But America is even worse now, and there are even more people, and everything always sucks more, year after year, plus it is also the New Great Big Depression, so historians say a much more likely scenario for January 20 is what happened during the summer of 1932, when tens of thousands of hungry Army veterans marched on Washington to demand bonus pay promised by Congress.

Instead, MacArthur and Patton and Eisenhower led a savage attack against their own fellow soldiers, wounding hundreds of veterans with poison gas, wooden clubs, swords and bayonets. MacArthur's brutal assault even killed the infant child of a hungry veteran.

Something similarly grim is certain to happen on January 20.

Can Mall Be Filled For an Inauguration? 4 Million May Try It [Washington Post]