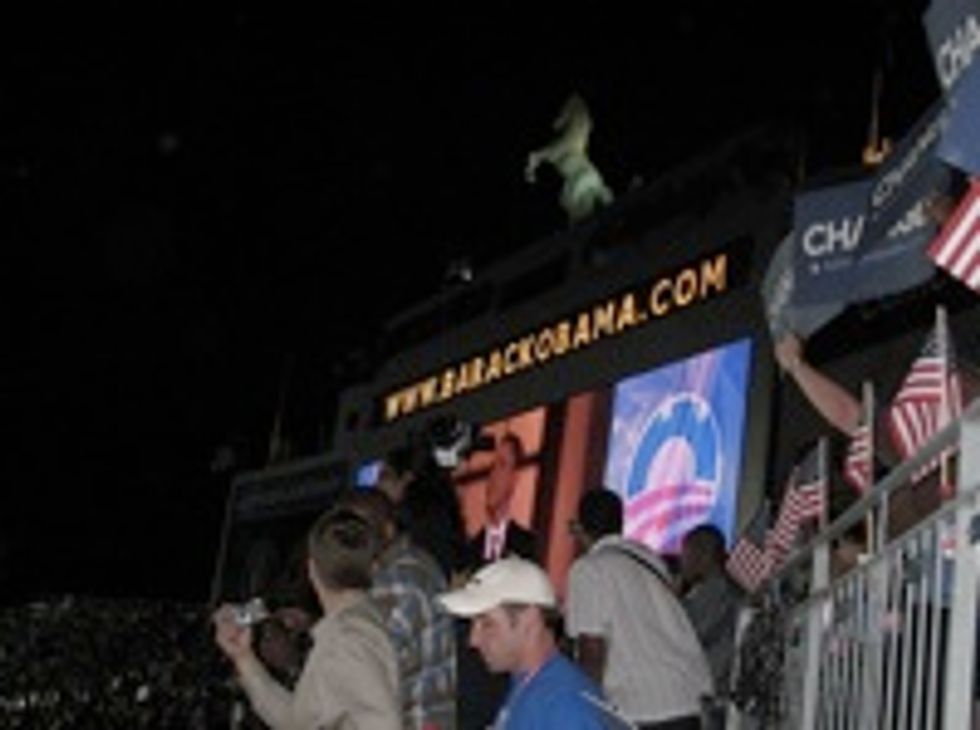 KEN LAYNE REMEMBERS OBAMA'S NOMINATION SPEECH: "For two long, ridiculous years, I had covered this campaign — if by 'covered' you mean 'wrote stupid jokes about these terrible people, every day, for a Web site.' Now was not the time to give up and watch history on a cheap wall monitor over a concession booth." [New York Times Sunday Magazine]