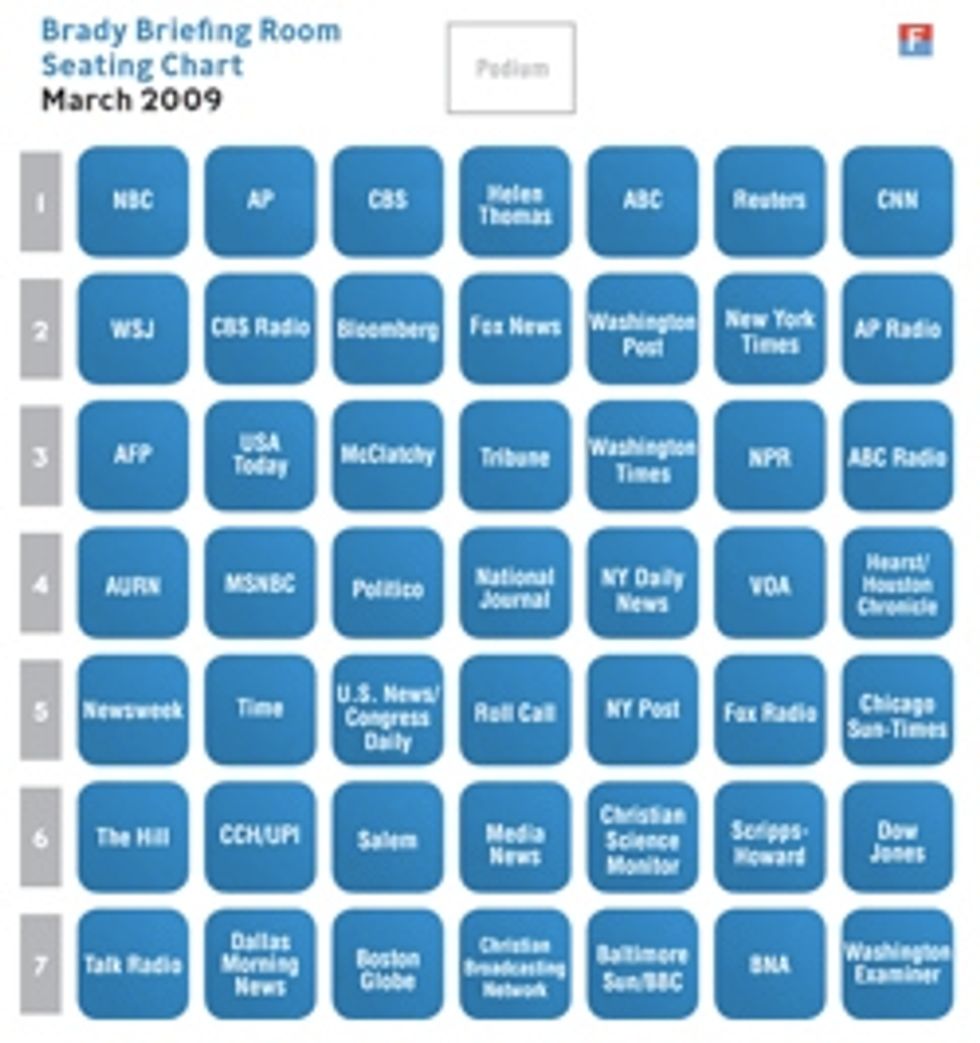 HERE'S A FUN PRESS CORPS GAME CALLED "STEAL POLITICO'S SEAT!" We rather like the anecdotes in this FiveThirtyEight post about how oppressed bloggers are always trying to steal Politico's seat at White House press briefings, only to be caught minutes later by confused Politico reporters. This could be a fun daily game! So we ask that reporters take turns stealing Politico's seat -- one day Sam Stein does it, the next day David Corn, etc. -- and e-mail us the name of Politico reporter who awkwardly kicked you out, and what it was like. [FiveThirtyEight]