Heads a-Bloggin' -- The Awl vs. Wonkette 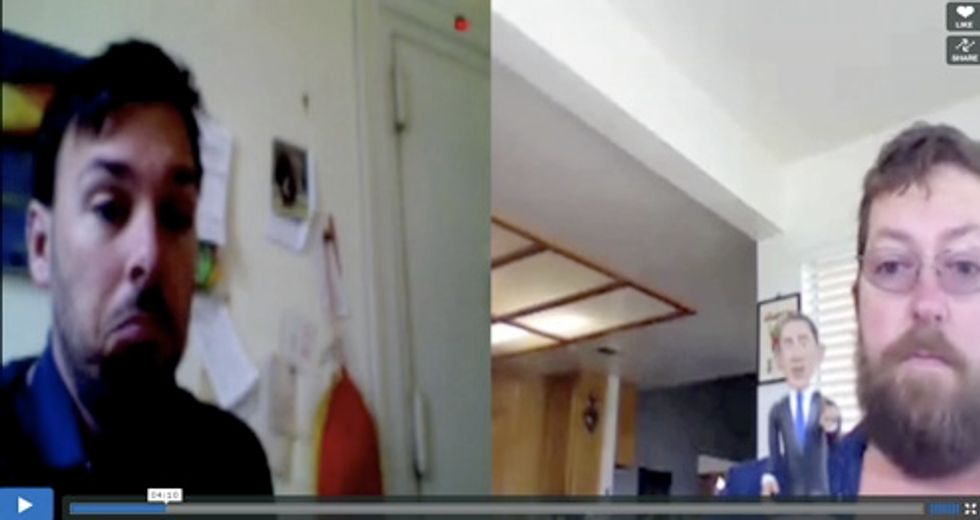 Your editor's former co-editor (at SPLOID) and former guest editor/columnist (at Wonkette) and former two-time-Tony-winning Super Editor (at Gawker) is now half of the Editorial Leadership at important new Manhattan zeitgeist-y online Internet journal of kulture & idears, THE AWL. So we were "awl," Hmm, let's make up some kind of amusing weekly feature and Balk had some big ideas and Pareene already got the sweet puzzle gig and Emily Gould got the etiquette column (UNFAIR) and Tom Scocca somehow swiped the the parenting column, so, hmm, home-made sex video?

And here, approximately five days after the heroic iChat Video Chat and god knows how many awful computer crashes at THE AWL headquarters, is the first "web-episode" of "Heads a-bloggin," or whatever Choire ends up calling it. PARTICIPATE IN THE FUN, by a) the usual making of comments, both here and at THE AWL, and 2) Suggest a topic for this week's upcoming show! (We have already learned so much! Like, a robust orange T-shirt somehow looks creepy-flesh colored on crappy Web video.)