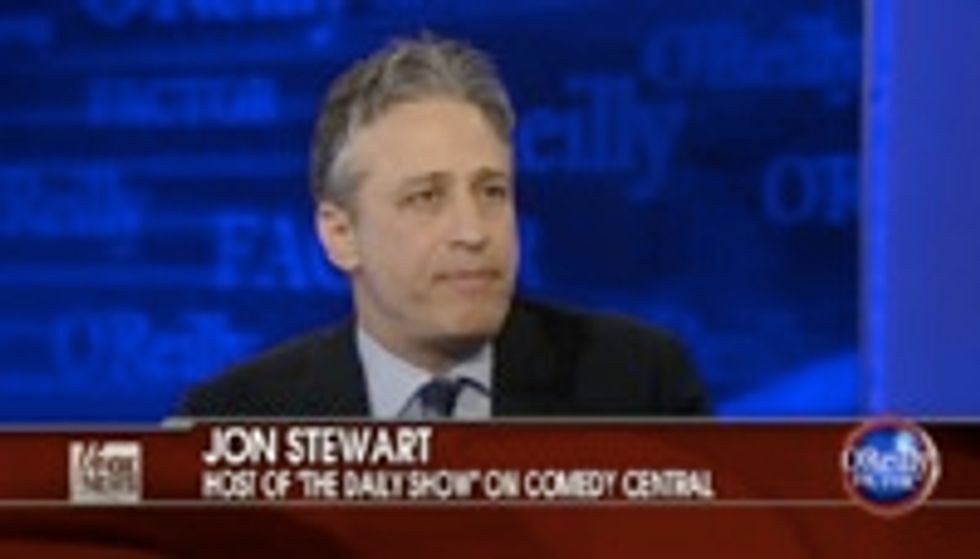 HERE IS THAT JON STEWART THING WITH BILL O'REILLY: Good thing nobody has jobs anymore, because if they did, they would have to spend today working instead of looking at this interminable video, which is maybe interesting? Or not? Jon Stewart looks awfully ... gray, in the face. "You're lucky you're not hanging from your thumbs," says Bill O'Reilly. Seriously, he says this! (P.S. GODDAMN YOU TO HELL FOXNEWS for not having an embed function.) [Fox News]