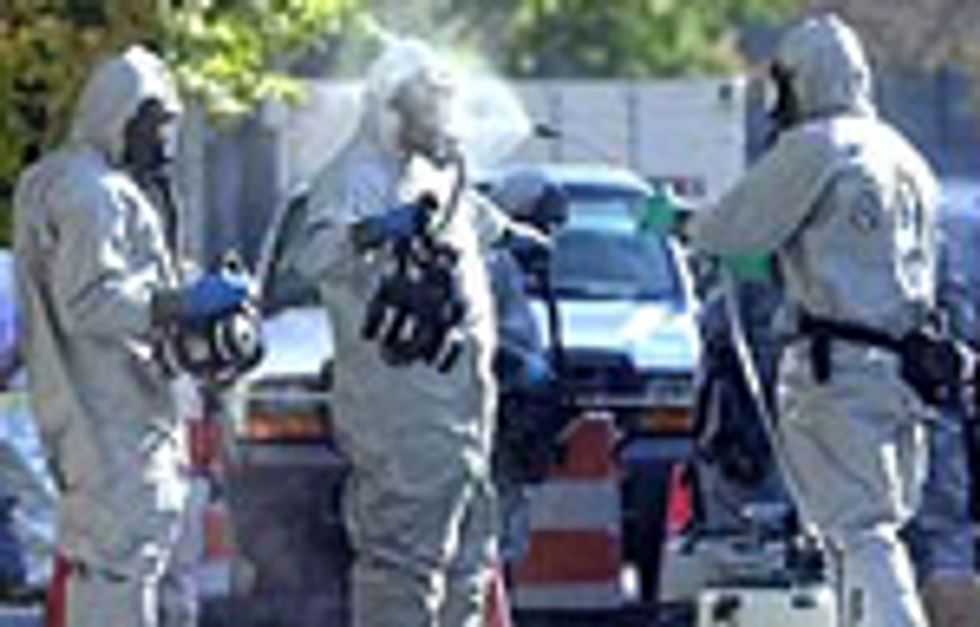 HA REMEMBER READING ARTICLES LIKE THIS IN 2001-2? Don't take Anthony Weiner, he's the one who's good at talking! "NEW YORK (Reuters) - The office of Representative Anthony Weiner received a letter that 'could be interpreted as threatening,' the FBI said on Thursday, and local media reported the letter contained an unidentified white powder." Clearly part of the Cantor-Weiner Inter-Jew rivalry. [Reuters]