500-Year-Old Monarch Has Reigned Through a Dozen U.S. Presidents! 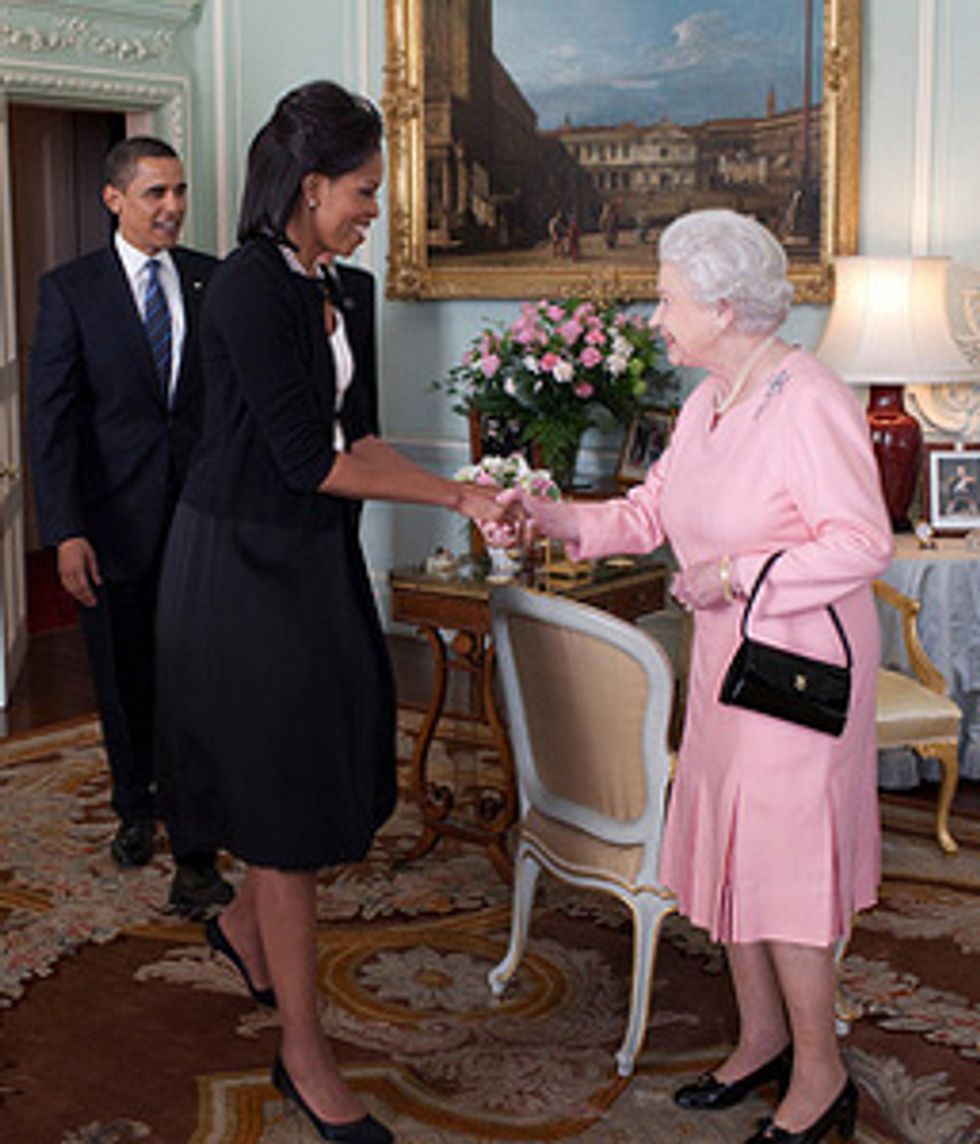 Here is something pretty gross: Queen Elizabeth II -- holy emperor of the Kingdom of the Picts, Scots, Irish, French and the Ancient Chinamen -- has been the Monarch of this bog-land sinceHarry S. Truman was president. And she's STILL alive, which is the only requirement for continuing one's queening career.

What does this mean? It means Your Queen of Hearts personally witnessed not only the founding and abolition of African Slavery, but also saw her loyal Kenyan subject, Barack Hussein Obama, elected by the Bohemian Grove as president of the Fallen Empire of America! This lady is just hella old, and we wanted to note it, on the occasion of her "XXXIV Jamboree and Rube Cotillion." [Daily Acid]