70% Of Americans Perfectly Suited To Sit On House Science Committee 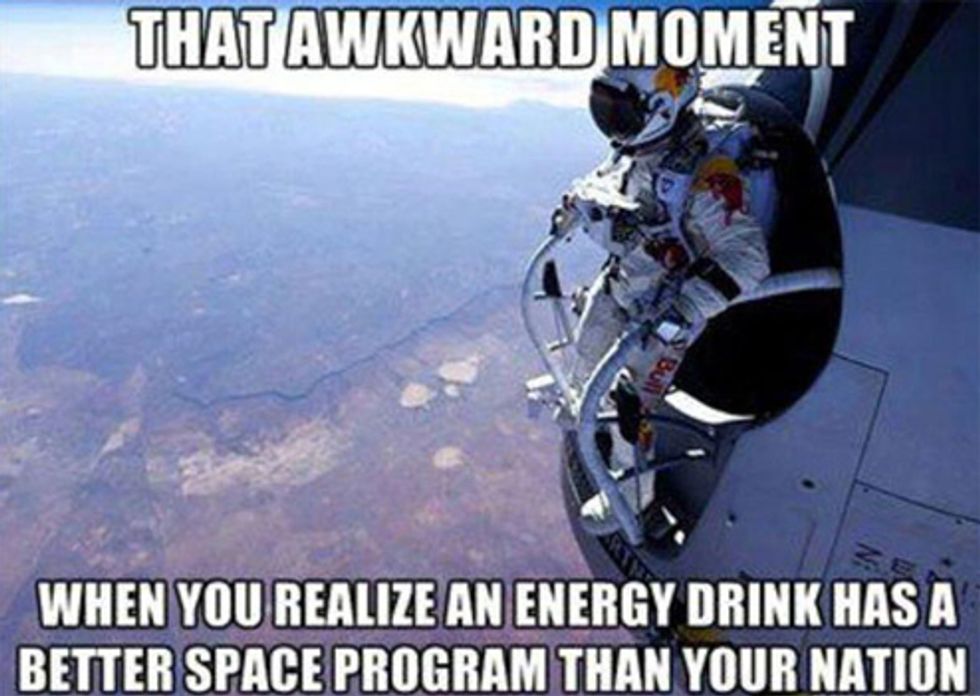 As Mr. Dave Barry, one of the forty or so sane people in Florida, said some time ago, the only thing America really excels in anymore is the production of reports on just how stupid Americans are. And so we haveanother one! The National Science Foundation's biennial (a word which here means "given every two years to people who do sex with both men and women") survey of Americans' basic scientific knowledge finds that only 74% correctly answered the question, "Does the Earth go around the sun, or does the sun go around the Earth?" This does not necessarily mean, as multiple reports put it, that one in four of us think the sun orbits the earth, because a lot of people answered "Huh?" "Benghazi!" or "Am I the fifth caller?"

The Guardian frames it as scary scientific illiteracy:

With the possible exception of 'is the Earth flat?' it is (according to Discover magazine at least) the most basic question in science: 'does the Earth orbit the sun?'

The good news is that 74 per cent of Americans know the answer.

The very bad news is that means 26 per cent really don't.

The question must also be asked: is there something a bit ironical about the fact that in reporting this story, The Guardian had to explain the math there?

But, yes, there are some fairly worrying results. For instance, just 39% of Americans agree with the statement "the universe began with a huge explosion" -- better known as the Horrendous Space Kablooie theory. But in a bit of good news that we didn't see in many of the media reports, the survey report (PDF link) also notes that when the question is phrased with the preface "According to astronomers," the percentage of correct answers goes up to 60%.

Similarly, in a country where the Creation Museum hosted a "debate" about evolution, it's probably not all that surprising that 48% agreed with the proposition that "human beings, as we know them today, developed from earlier species of animals" -- though there again, there's a difference between what people may "know about" and what they accept as factual, since when the question is rephrased with "according to the theory of evolution,” the percentage getting it right jumps to 72%. So it would appear that while a lot of us may be deliberately rejecting the reality of evolution, at least most of us can recognize what it is. (No, not a huge comfort, but you gotta take what you can get.)

And then there's this bit of idiocy that makes Yr Doktor Zoom more forehead-slappy than the evolution/big bang questions: Only a bit over half (55%) of Americans said that astrology was "not at all scientific," which is down from 62% in 2010. Happily, only 10% of respondents thought that astrology is "very scientific," but we're pretty worried about the 32% who consider it "sort of scientific," because those people are all allowed to vote. Yeeps.

On the up side, in this survey at least, Americans end up being no more clueless, and actually more well-informed, than in some other studies:

Levels of factual knowledge in the United States are comparable to those in Europe and are generally higher than levels in countries in other parts of the world.

And finally, a bit more half-hearted hope on that "earth orbits the sun" question: Blogger Nathan Miller notes that the question's phrasing -- "Does the Earth go around the Sun, or does the Sun go around the Earth?" -- may very well invite more wrong answers, either because of comprehension problems or "question fatigue."

We have no problem believing that a lot of our fellow Americans are scientific dunderwhelps. Just look at the freakout over the secret fake Chemtrail snow that the government sprayed all over the South, or for that matter, look at the loons on the House Science Committee. On the other hand, it would also be nice if we were all a little better at thinking about polling and statistics, too. But then what would we be able to make fun of our high school students for? (The answer, for all time periods ever, is "Their taste in clothes and music.")