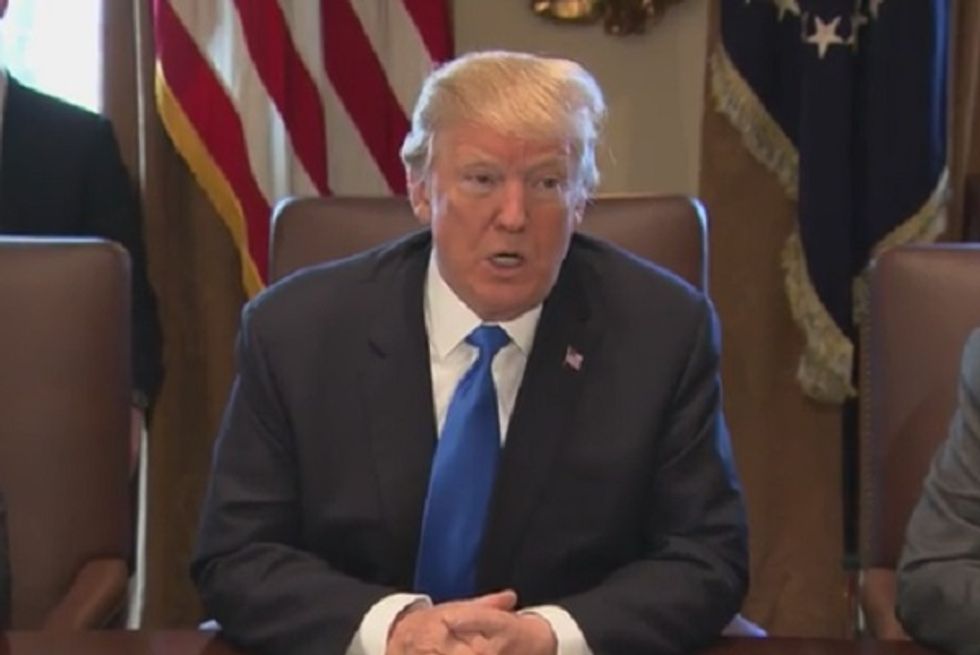 Remember how I said they were great kids? Now they're rapists and murderers.

Donald Trump yesterday said he's worried the government may have to be shut down if Democrats don't stop insisting on doing what Donald Trump asked Congress to do in September: pass a permanent fix to protect people covered by the DACA program that allowed young people whose parents brought them to the US as children to stay in the country. In case the "president" doesn't remember that, here's his tweet from the evening he took a torch to DACA and then found out people didn't like that:

Trump might remember that, since he'd said how much he loved the DREAMer kids and wanted to treat them with heart and stuff. But that was a million years ago, last summer, and now, Trump has decided he got snookered the last time Democrats kept the government open. Ergo, Dems' insistence on fixing DACA has transformed inside Trump's little hamster brain into something terrible and evil, as he explained to reporters Wednesday: