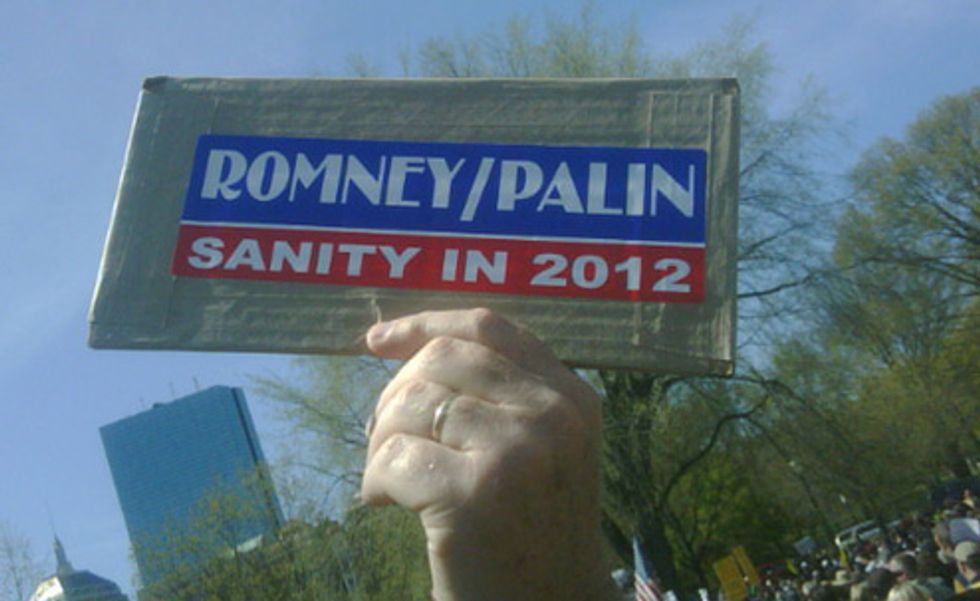 HELLO, SAILOR! Not sure what this fellow is even protesting or if he's just proud of wriggling around in Mitt's magic underwear, but it's safe to say that his Tea Party Shirt has the best spelling and grammar and font of any Teabagger shirt, sign or words scrawled on Sarah Palin's palm.

And why should we care if a Space Alien likes free ice cream? Go back to Socialist Alien World, for your free fucking ice cream, you fuck. In America, ice cream's for people.

You think the guy who slept with Romney realizes Romney might be sharing magic underwear with the Palins? And you know who else doesn't take off his long underwear all winter? Todd.

Thanks to Garrett Quinn for providing these lovely on-the-scene photographs, and fuck you Weigel cultivate your OWN Boston teabagger photo sources.