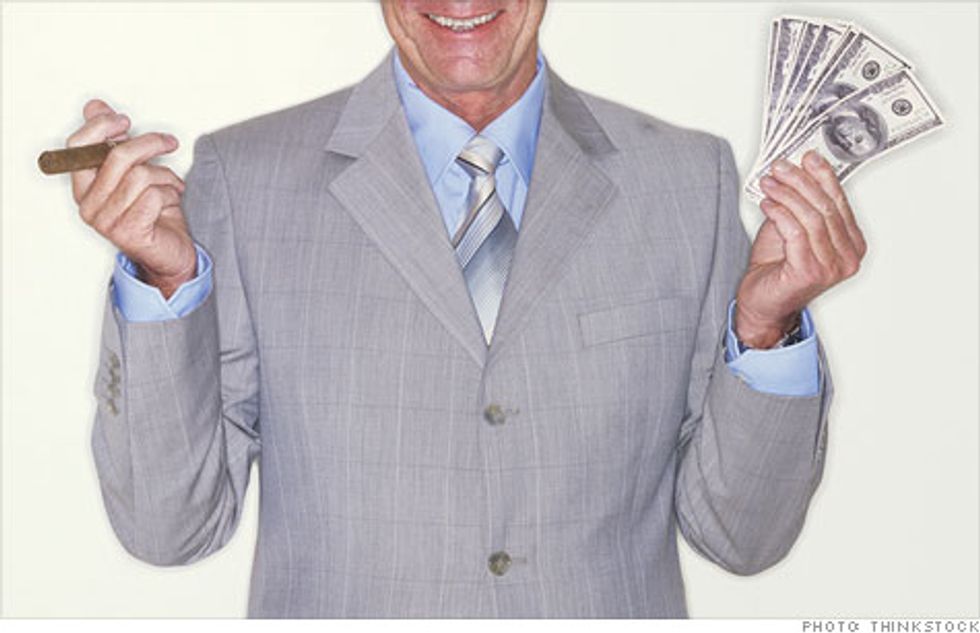 Here is a lesson on capitalism and profitability courtesy four companies that refuse — REFUSE — to make sure that their employees are not handling your food with their tubercular hands. Unless of course, someone is willing to pay the price. They have standards, you see! And principles! And those principles say that by God, they aren’t going to adjust profits or prices by ten cents per unit so that their employees can get health care.

John Schnatter, founder of Papa John’s pizza, is LIVID and he is NOT GOING TO TAKE IT ANYMORE. You want his employees to have health care coverage? Well FINE, he’ll GIVE them health care coverage but it will cost you do-gooder liberals ten cents more per pizza, does that make you HAPPY? Actually, it might make you happy. We at Wonkette have concluded that we will pay ten cents more per pizza if it will ensure that the person making it is able to see a doctor when he gets sick. And we wonder why this didn’t happen sooner, if all it took was ten cents more per pizza to get employee health care coverage. Is that really all it costs? Ten cents per pizza? If so, then maybe the CEO of Papa John's should have done this a long time ago. But again, this attitude is why we are not the CEO of a multi-billion dollar pizza company.

The CEO of this company is a real ball buster, and he is NOT going to make YOU pay ten cents more for a plate of noodles, no way Jose. That is a solution for pussies. This CEO is just going to cut back on employees’ hours so that they work 29 hours per week instead of 30, exempting them from health care coverage mandate. So the next time you go to Olive Garden or the Red Lobster, rest assured that your server is not going to have health care coverage. There, does that make you feel better?

Hurricane Grill and Wings, and also some Denny’s and Dairy Queen Franchises

John Metz is nobody’s fool, so John Metz, CEO and owner of Hurricane Grill and Wings as well as some Denny’s and Dairy Queen franchises, is going to pass the cost of Obamacare onto the employees AND the customer. “If I leave the prices the same, but, say on the menu that there is a five-percent surcharge for Obamacare, customers have two choices. They can either pay it, and tip 15 or 20 percent, or if they really feel so inclined, they can reduce the amount of tip they give to the server, who is the primary beneficiary of Obamacare,” Metz told The Huffington Post. Metz is a WINNER, you guys, and WINNERS do not pay for the health care coverage costs of others. They make you, the customer pay for it (SUCKER) and if you don’t want to, then YOU get to be a winner and make the waitress pay for it.

Obamacare is going to cost Applebee’s “some millions of dollars” according to CEO Zane Tankel. Will these “some millions of dollars” be an increase in costs per year? Per month? Per restaurant? We don’t know, and it’s not important. What IS important is that Applebee’s will not be able to build more restaurants, or create more low-wage go-nowhere jobs, THANKS OBAMA. The solution to these costs is for the CEO to take a hit on his $9.6 million dollar per year salary lay off employees.