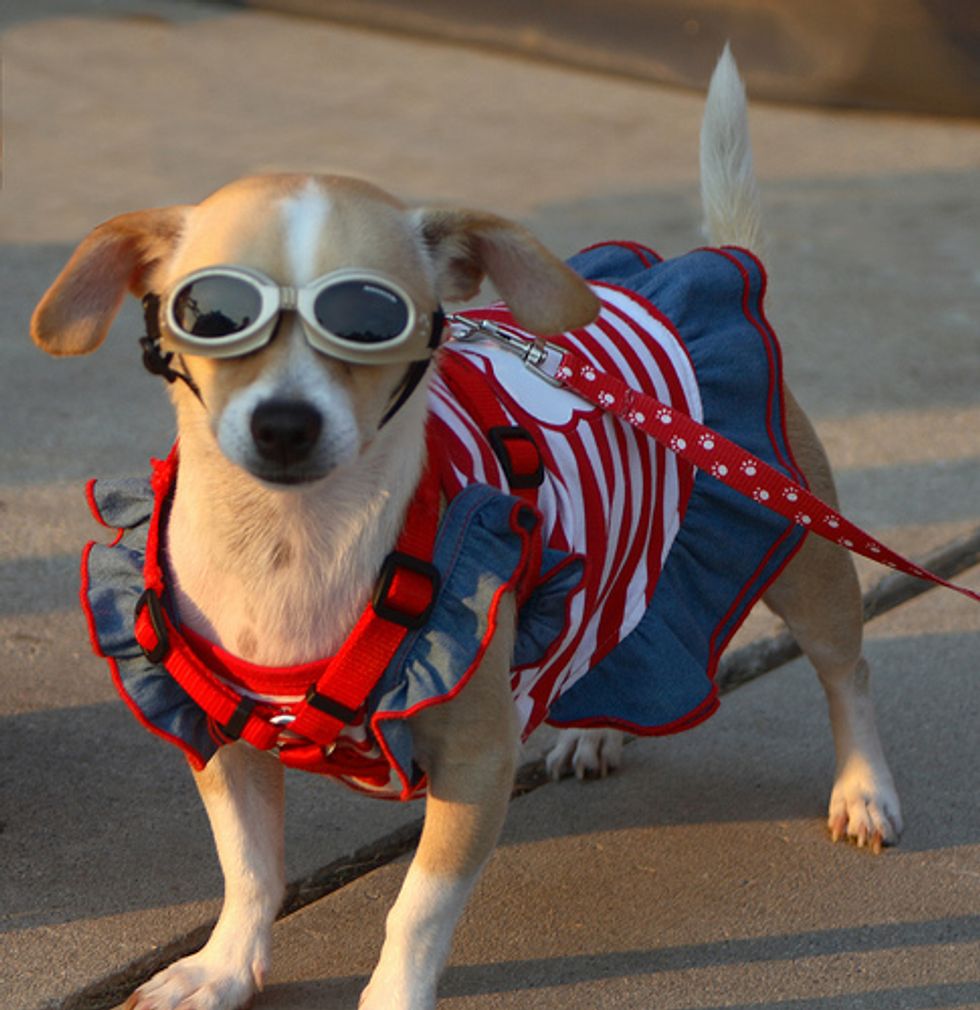 For your America Day enjoyment, we proudly present this retread/update of a 2011 post by "Wonkette Jr," whose actual identity is lost to time -- truly, we are standing on the shoulders of an unknown giant. Since not even YouTube is Forever, we also pruned the dead links and added all-new Patriotic Content!

In case you fall off a diving board or something this weekend, and land on your head and forget what country you're in, this is a pretty good weekend, because there will be a hundred or so American Flags wherever you look. Approximately 239 years ago Saturday -- the exact date has been lost to history -- the last of a bloated group of landed gentry and elite slaveholders finished signing some rambling pile of grandiosity apparently authored by Thomas Jefferson during one of his rare respites from impregnating his slave girls. And in another twenty years or so, thanks to the French finally winning a war somewhere, America the Beautiful was born. Let's celebrate with that most American of traditions, the YouTube blog post. Best line in the above patriotic ditty? "I told my boys the only prayer we have now is to pray."

Before we get to Elvis Presley on the eve of his death, on a toilet, singing "America the Beautiful," let's enjoy America's #1 King onstage during one of his legendary drug-fueled rants. In this one, he does his Fat Albert imitation, makes race jokes, and talks about the government conspiracies against him. Never forget!

Now here's his shitty version of this weird song:

Oh sorry, that was a Bright Shining Lie. But a patriotic one. Now we feel bad, so here's Leonard Cohen's "Democracy" for reals, because we do love you after all:

Here are some Muppets doing Sousa. The good patriotic kind, not the sleazy Dinesh d' kind. And remember what Arnold Schwartzenegger says about the Sousaphone: "It's not a toobah."

And as a counterpoint, Great American Hero Laurie Anderson contemplates our National Anthem, which is "just a lot of questions written during a fire":

Did someone say "heroes"? We heard this winner from 1970 for the very first time just last night, on the Boise community radio station, and Yr Dok Zoom and Kid Zoom did laugh most riotously at its sheer cornball wingnuttery. This Bill Anderson opus might have been quite the hit with a young Mitt Romney, we suspect:

What would your patriotic celebration be without this feel-good hit about the America, and the Fuck, and the Yeah?

We figure that if you've made it this far, you also deserve some America Music that isn't a downer, or as much of a downer, so how about Neil Simon & James Garfield's search for "America," which inspired one of the better lines in ages-old Doonsebury, "Call me when you find America."

Which leads, naturally enough, to an American Tune (sans Garfunkel):

There's also this dopey but summery thing about being in a park on the 4th of July -- they think -- which you'd suppose they'd be more certain of. We think Chicago may have set some kind of record for the largest number of hits with the fewest lyrics, but we haven't done the math:

For everyone who just thinks "what a waste of gunpowder and sky," here's Ms. Aimee Mann:

And finally, what we like to think is our REAL national anthem, Mr. Woody Guthrie's "This Land Is Your Land," with the socialist-est lyrics restored, as sung by national treasure Pete Seeger and other national treasure Bruce Springsteen at that Obama guy's inaugural concert:

Happy Fourth of IndepJulyMerica, and please play safely with your explosives, you crazy kids. And be sure not to panic about sharks. Amity, as you know, means "friendship."