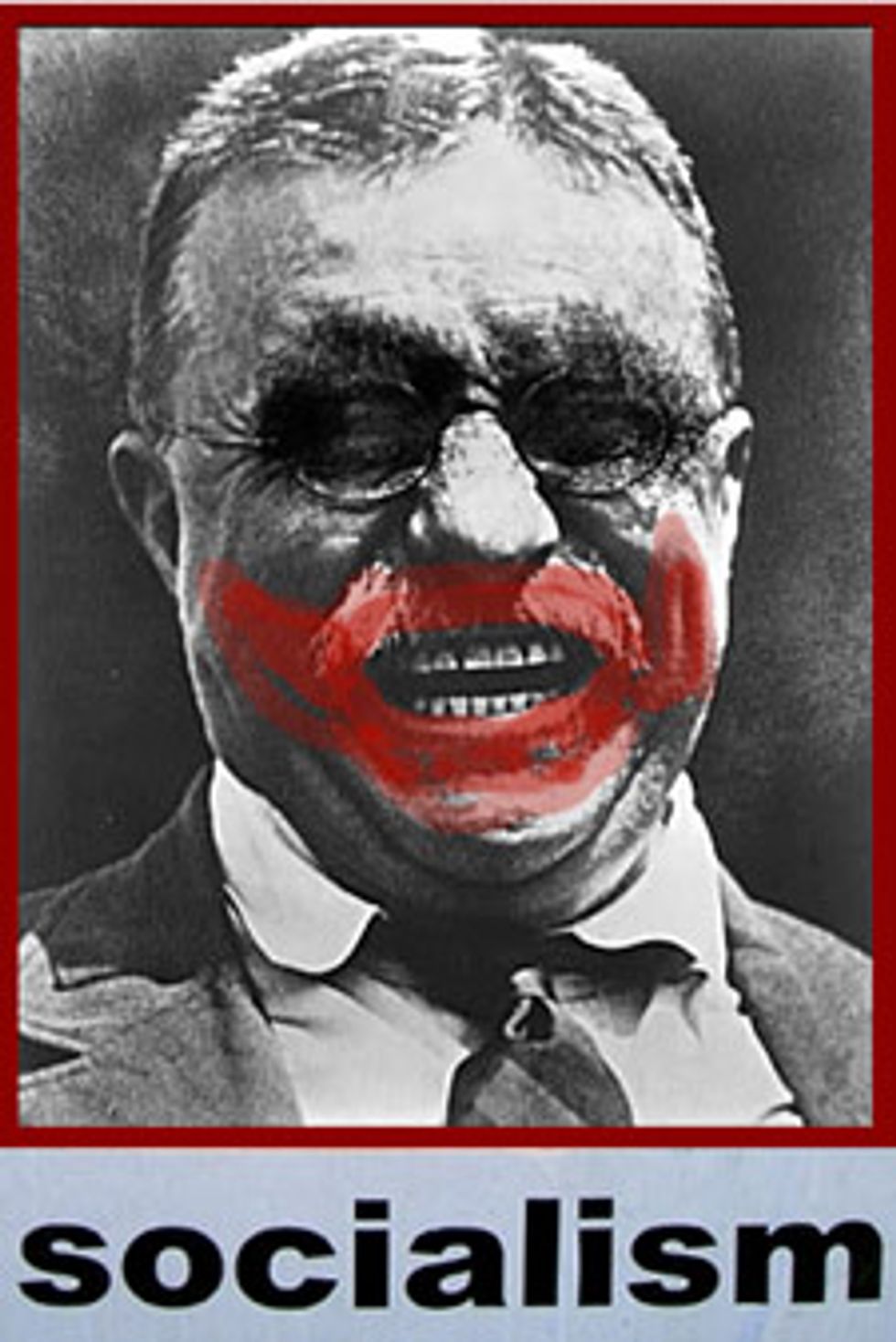 Political scribes atNational Review'sThe Corner -- the #1 Internet blog -- have displayed a range of reactions to the passage of last night's abortion mandate. Mark Steyn and John Derbyshire, for example, are pretty sure that the entire world (America) will start disintegrating into barbarism, Jonah Goldberg believes something about a super-collider (?), and Mitt Romney thinks that he isn't really really screwed.

If you take the view that the U.S. is an imperialist aggressor, congratulations: You can cease worrying. But, if you think that America has been the ultimate guarantor of the post-war global order, it's less cheery. Five years from now, just as in Canada and Europe two generations ago, we'll be getting used to announcements of defense cuts to prop up the unsustainable costs of big government at home. And, as the superpower retrenches, America's enemies will be quick to scent opportunity.

Well, if they have to cut the $300 billion F-35 joint striker program of a couple thousand planes that will never be used or even tested, maybe we should reconsider those affordability credits...

It'll be over soon. We'll be down in the cold, lightless depths of imperial despotism — in which, after all, the great majority of human beings, throughout history, have always lived. It's the natural way: liberty is an unstable temporary aberration. I once tried to compute the sheer quantity, in man-years, of lives lived under the despotic order — Egyptians and Assyrians, Persians and Chinese, Romans and post-Alexander Greeks, Incas and Aztecs, Umayyads and Abbasids, Ottomans and Zulus, Tsars and General Secretaries . . . as against humans in liberty, ruled by common consent. It came out at around a hundred to one.

His health-care bill is unhealthy for America. It raises taxes, slashes the more private side of Medicare, installs price controls, and puts a new federal bureaucracy in charge of health care. It will create a new entitlement even as the ones we already have are bankrupt. For these reasons and more, the act should be repealed. That campaign begins today.

Thanks for introducing us to this exact insurance reform model by the way, Mittens. (But seriously, does this end frontrunner Mitt Romney's presidential bid, assuming Republicans still make this their lead primary issue in 2012? It's *impossible* for him to lie his way out of this.)