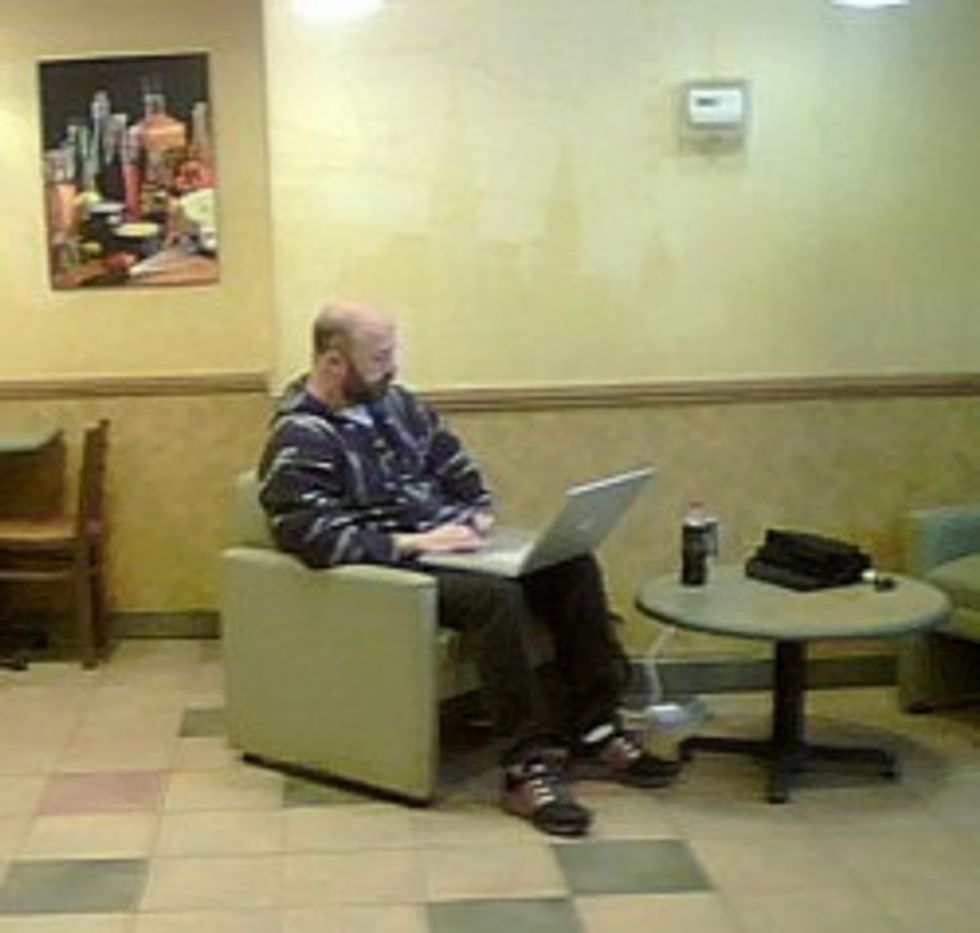 Unless you have been living in a cave on Mars with your eyes closed and your fingers in your ears -- an increasingly attractive option, we'll admit -- you are aware that the Guardian and the Washington Post confirmed that the NSA has been spying on Americans’ phone calls, Facebook accounts, Google searches, emails, iTunes playlists, Skype video chats and AOL chat logs for, oh, five or six years now, give or take, no big deal.

Of course, this revelation was not only the scoop of the century, but also a fantastic opportunity for everyone to take to the internet and announce THIS IS WHAT I THINK ABOUT PRISM AND THE NSA ETC. Some of the commentary was valuable and interesting but some consisted of privileged morons mansplaining to us about why it is totally OK for the government to monitor our virtual comings and goings.

Would it shock you to learn that Andrew Sullivan, Bill Maher, a Forbes columnist, and a couple other white guys are TOTALLY OK with it, because the NSA never gets anything wrong, and that our national security apparatus only scoops up bad guys? Why all the worrying?

The New York Times hosted a civil discussion between Jameel Jaffer, a fellow from the Open Society Foundations and deputy legal director for the ACLU, and Eric Posner, a professor at the University of Chicago law school. Posner (pictured) “doesn’t see a problem” because he cannot think of a single instance wherein the government “used information obtained for security purposes to target a political opponent, dissenter, or critic;” ergo de facto, fears about government surveillance are merely theoretical. Hmm, Foucault’s Discipline and Punish was probably not mandatory reading for Eric Posner. Also, what about all the innocent people subjected to indefinite detention due to "information obtained for security purposes"? Oh wait, they aren't Americans, so maybe they don't count? That's OK; maybe David House  could tell Eric Posner about his own experience with a time that “political dissenter or critic” was “targeted [using] information obtained for security purposes.” Or if David House is not available, maybe Laura Poitras has a minute?

Loren Thompson at Forbes is a rational guy who wants everyone to pipe down already. PRISM is an “eminently sensible way of keeping up with terrorists,” he says. Hey, Loren Thompson, can you be charged with making “terror threats”  for writing a rap song about the Boston Marathon bombings? Yes, you can! Can you be charged with “providing material support to terrorism” for uploading a video on YouTube? Only  if you are Muslim, duh, so this is not Loren Thompson’s problem. So in sum, PRISM actually “protects…liberties” rather than “subverting them.” This is because you have to destroy the Constitution to save it. They hate us for our freedoms but the JOKE IS ON THEM BECAUSE WE BARELY HAVE ANY LEFT, HA!

Andrew Sullivan isn’t worried either, because invading Americans' privacy is “one of the US’ only competitive advantages against the jihadists.” Is a jihadist the same thing as a terrorist? Unclear. Also, are these the same jihadists that live in caves in Pakistan and Afghanistan and train using monkey bars and Soviet-era Kalashnikovs? Because -- and we are not educated in the arts of war so this is just an impression -- it seems that we have many other advantages against jihadists, including, for example, the largest military on the entire planet. But yeah, totally. Good thing we can gather metadata when the jihadists call each other, that probably makes all the difference.

So there you have it folks! Nothing to worry about, as all these gentlemen in positions of privilege just helpfully mansplained to us. Stop worrying and learn to love government surveillance, it is only there to Keep Us Safe from jihadists, terrorists, and nuclear weapons. Carry on!