A Children's Treasury of Scenes From the Coming Race War 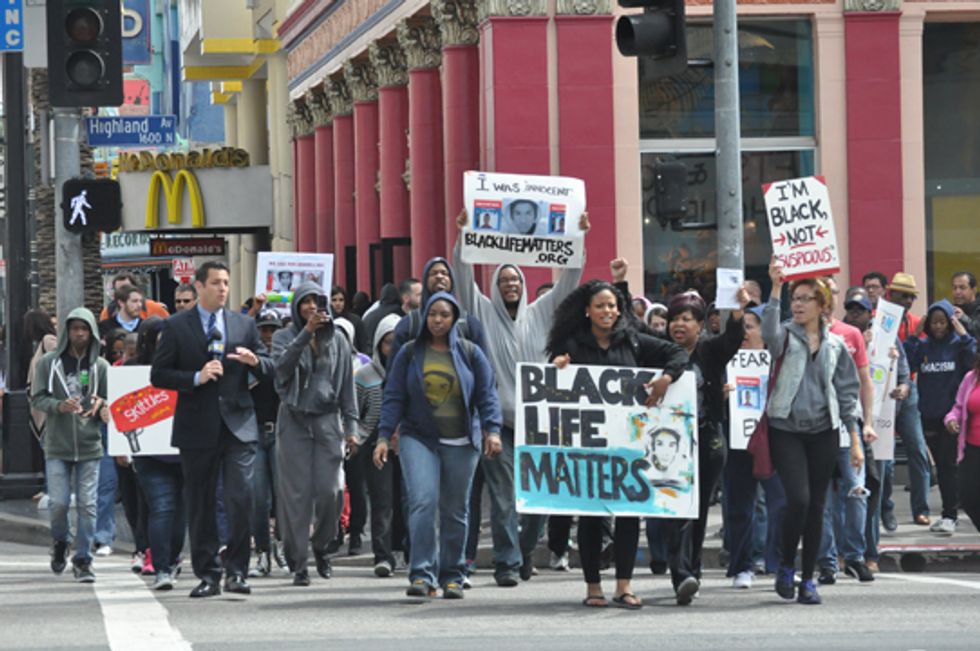 One thing about Los Angeles: our people really are more gorgeous than your people. Don't hate us because we're beautiful, after the jump.

Here is a selection of images from Saturday's Los Angeles We Are Trayvon Martin rally at Hollywood and Highland, one of several over the past week. (More are set for the historically fonky Leimert Park Sunday, and downtown Monday afternoon.) Only one white dude called us "Guilty White Liberals" for not understanding that there is no such thing as racism outside Capitalism, and one black guy explained why we need segregation again and was starting to really heat himself up while asking us if we would like to be enslaved, which, no? That's why we're there? Maybe be mad at someone who doesn't agree about institutional racism especially as it relates to the intersection of race, the law, and the courts? May we recommend bitching at Tucker Carlson or Ghost Andrew Breitbart? They could use some School.

Photos by Paul Takizawa for Wonkette.