A Children's Treasury Of Shoe-Throwing Games 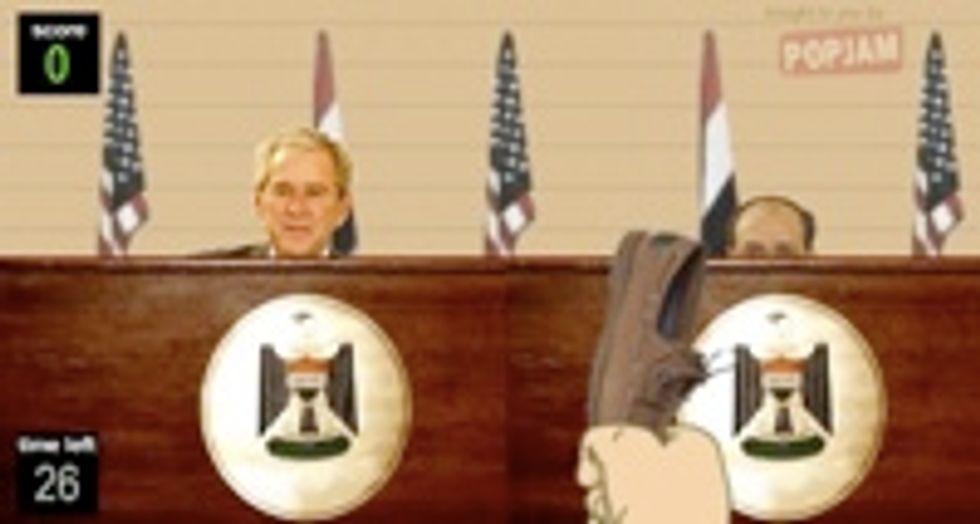 Before the dawn of the Internet, people used to waste time the old-fashioned way: by playing solitaire on their shitty Windows 3.1 machines. Then Doom and Quake and The Sims and Spore came along, and time-wasting evolved into a very sophisticated and complicated activity that required thousands of dollars of expensive electronics to perform correctly. Thanks to the dude who threw a shoe at George W. Bush, the Internet has seen a flowering of incredibly simple and mindless games that would have been amazing and cutting-edge in 1996.

Take for example this turd of a game, which features a cowering Prime Minister Maliki and a voice saying something, probably in Arabic. This exact same game also available under the hilarious moniker "Sock and Awe."

In this game, a ninja George Bush throws baseballs at you, because why not. Shoes are also involved, somehow. Prime Minister Maliki has been taken outside, beaten, and tossed in a dumpster.

Ninja Bush: Master of the Ninjit-shoe!