A Children's Treasury of Wingnut Responses To Powell Endorsing Obama 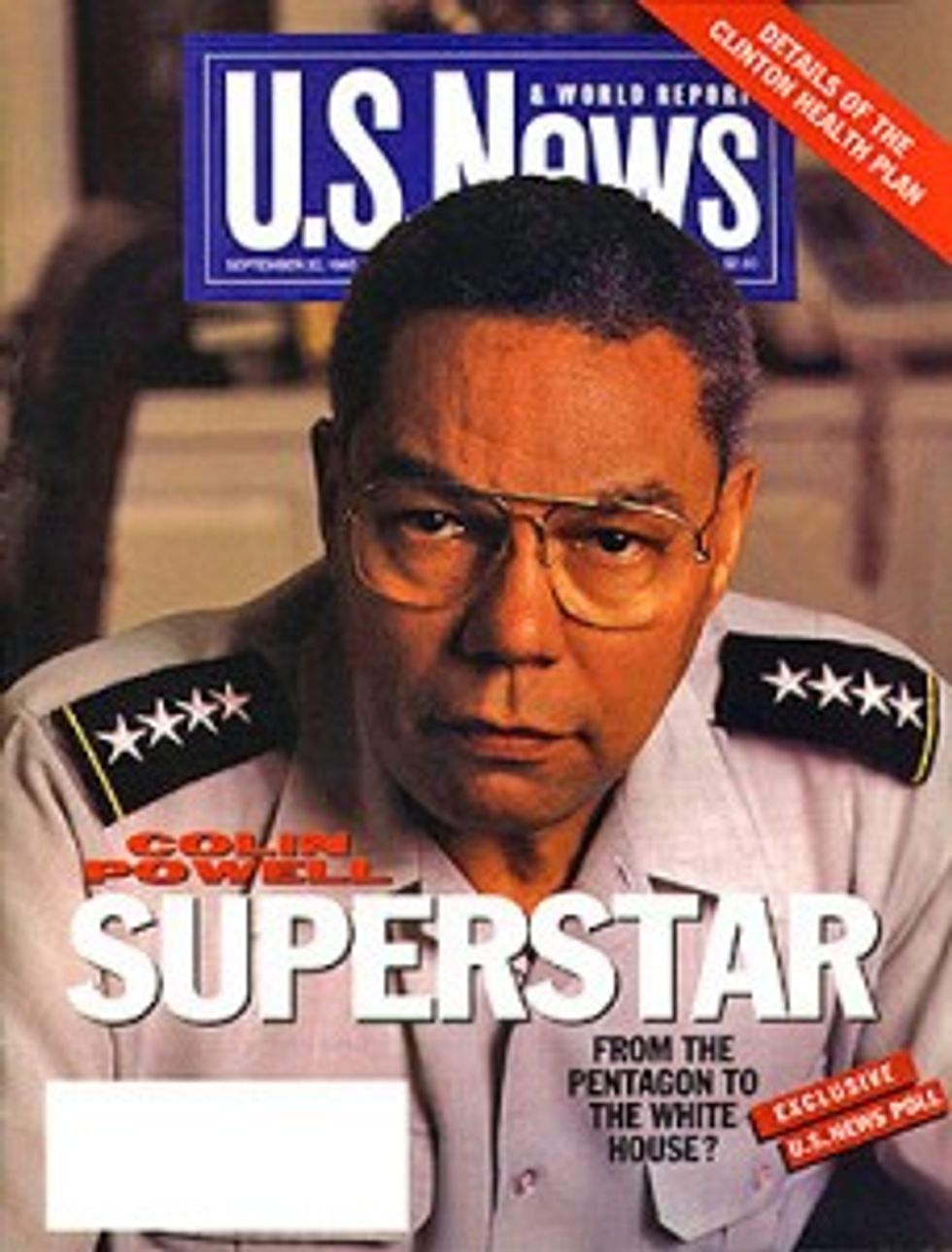 Everybody expected Colin Powell toendorse Barack Obama today, on the teevee, and guess what? Colin Powell endorsed Barack Obama! Considering Powell's professional and political service, it's maybe not so surprising that he'd prefer the sane, thoughtful Obama to the unhinged nut McCain. After all, Powell had his happiest time in Washington working for the first President Bush, and the first Dick Cheney, too! (That was the Cheney who, while still a racist right-wing dick, was still involved enough in reality to know you don't go topple Saddam and occupy Iraq.) Anyway, enough of the "analysis." Let's get to the Webnuts and their usual response to another Republican bigwig endorsing that African Communist Nazi City Slicker!

As usual, in these challenging times, we go to the Free Republic site, which is both hilarious and terrifying, because good lord, what are these people going to do after Election Day? [Eat more? -- Ed.] Anyway, enjoy the wit and wisdom of our nation's enraged white underclass: