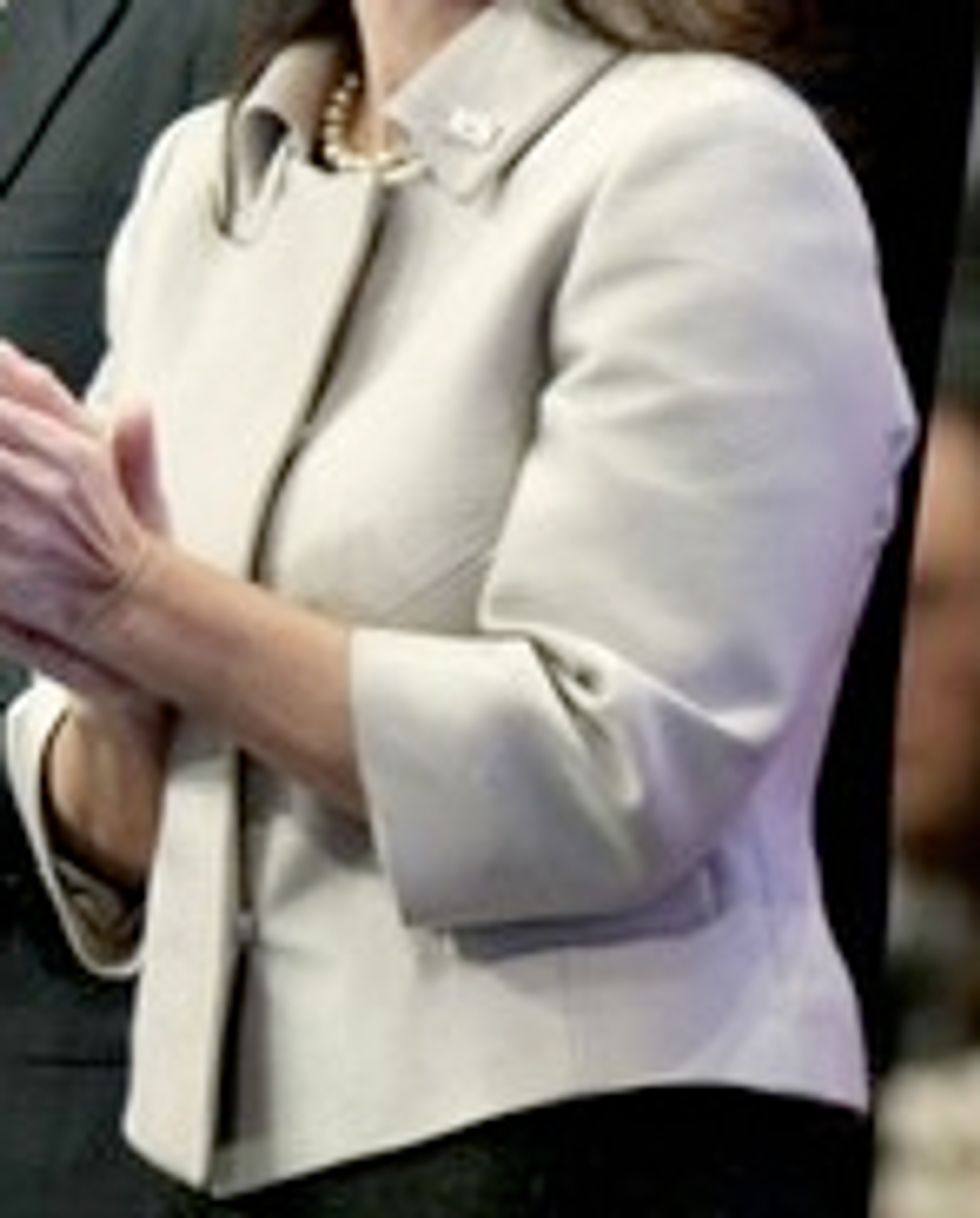 Christ, it's not like there's any election going on, when this public celebrity nonsense sometimes can matter, for a few hours, but here we are finally getting all intrigued-like over some snit on Todd & Sarah Palin's Facebook page about a baseball sex joke David Letterman made on television one night. What's going on now. Lettermanapologized again last night for making whatever joke, a monologue quickie, that Sarah Palin pretended to interpret as pervert code for "I'm gonna rape your 14-year-old Willow daughter." Now Palin has "accepted" Letterman's lengthy apology with one of the more obnoxious statements in her endless, vapid, snarling canon.

Read this a couple of times:

“Letterman certainly has the right to ‘joke’ about whatever he wants to, and thankfully we have the right to express our reaction,” Palin said. “This is all thanks to our U.S. Military women and men putting their lives on the line for us to secure America’s Right to Free Speech - in this case, may that right be used to promote equality and respect.”

Yeah that's right, the military. She weaves the military into her apology acceptance. Perhaps only once in a generation can a trashy politician stretch ambition and shamelessness into this large a surface, a playing field, on which to act like an idiot. Here she has thanked the United States Military, the fine folks fighting the Taliban and stuff in various Middle East wars, for achieving its "real" overseas goal, which was to "secure" part of the First Amendment from the terrorists -- one of them was keeping the little scrap of paper in his pocket -- so that David Letterman and Sarah Palin could legally bicker about baseball sex jokes on teevee and Facebook for a couple of weeks.

But here's a different question: Why does Sarah Palin treat her 14-year-old daughter, Willow, like a piece-of-shit Nerf shield? That's the real story. Willow's mother, Sarah Palin, thinks of her young, impressionable daughter as nothing more than a six-month-old McDonald's bag, reeking of moldy onions, found under the car's front seat when she's desperately searching for something to vomit in after downing 20 Crown Royal & gingers, and meth, at eight in the morning.

Because obviously Letterman was making a joke about Bristol Palin, the girl who famously got "knocked up" last year, and not about 14-year-old Willow, who did not. Sarah Palin understood this, guaranteed, and then chose to launch a desperate publicity stunt about how an OLD MAN wanted to RAPE the 14-YEAR-OLD daughter WILLOW. Surely Willow loved seeing her name plastered all over teevee and the Internet like this. Thanks Mom! Go Mom, 2012!

Another "funny" Willow story, from last October: Sarah Palin was invited to drop a ceremonial first puck at the Philadelphia Flyers home opener. Philadelphia Flyers season-ticket holders, of course, are the most violent and confrontational humans since the ancient Spartans, and Sarah Palin knew she would get booed and potentially murdered. So what did she do? She dragged lil' Willow onto the ice with her! And 7-year-old Piper, too! Everyone booed, still, and she complained afterward about how disturbed those fans must be, to boo small children like that. Meanwhile, Willow was scarred permanently. All those toothless hockey fans, screaming, "BLEEHHHH." Vomiting.

(Also, as far as the other kids, there was that time when Sarah Palin argued that she was qualified to be President of the United States because she gave birth to a child a few months beforehand, a disabled child, whereas most liberals would've capped that shit.)