A Handy User's Manual to the Mitt Romney Machine 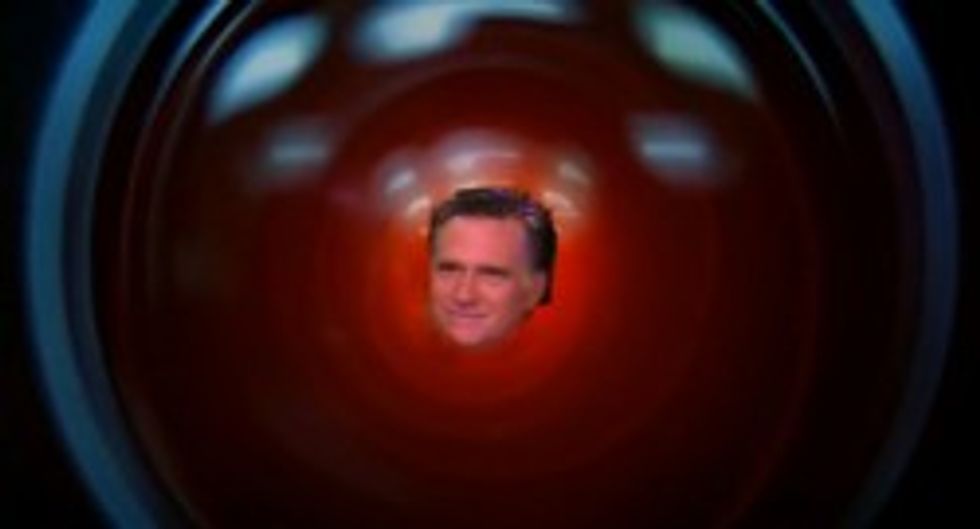 Mitt Romney's post-Iowa speech Tuesday night was one of the strangest, most slapdash public appearances the guy has ever made, and lest we forget, Romney is the king of slapdash, the emperor of seeming to care. If this -- being the guy who only plays sports for the medals -- is not enough to put people off, what is? Articles like the Times' "Building a Better Mitt Romney-Bot" have focused on the machine behind the machine, the mainframe of the blue-screened PC that is the candidate. But what the people need is a thorough, one-stop-shop exploration of how the man became who he appears to be for now until his next software update.

"The Meaning of Mitt," an article with exceedingly long paragraphs currently on Vanity Fair's website, and derived from a forthcoming book on Romney called The Real Romney, comes pretty close. "The Meaning of Mitt" is a user's manual you can turn to when, for example. you need an explanation of how someone can seem so ungrateful, confused, high and absent after eking out a caucus win in a state that's never really given a damn about him.

Rom-com may be a machine, but he doesn't even seem to know what make of machine he is. Also -- a machine that gets angry? Ingenious! But we all know what happens when a machine gets angry. Open the pod bay doors, Mitt. [Vanity Fair]