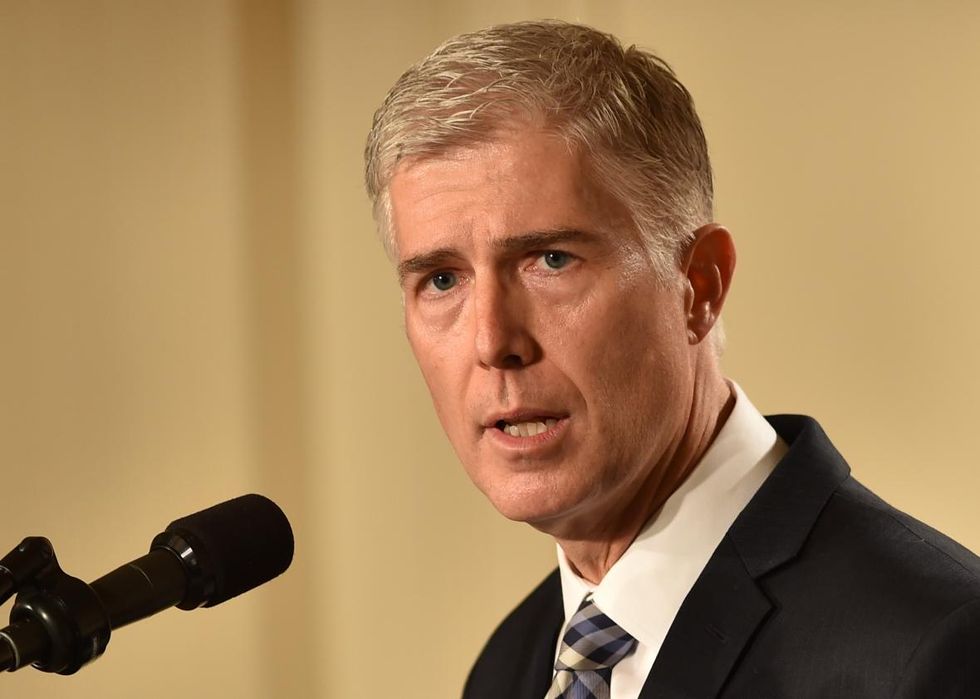 Congratulations to the new Miss Universe! Uh, I mean Judge Gorsuch, the nominee to replace Justice Scalia on the Supreme Court. And better luck next time to the first runner up. Wait, I mean Judge Hardiman. According to CNN, the White House staged a bizarre production in which both federal judges appeared to be on their way to the nation’s capital to await The Reality Show Host in Chief’s breathless announcement of who the nominee would be. Turns out Judge Hardiman was only pretending to go to D.C., but never actually left Pennsylvania. What on earth was the purpose of this spectacle? To keep the suspense? To spike the ratings? What Trump does not seem to understand is that the presidency is not tracked by Nielsen. And that the composition of the Court is so much more important than who wins a beauty pageant.

What could this appointment mean for the Court, assuming Judge Gorsuch is confirmed? Not much. It will restore the composition of the Court to what it was before Justice Scalia died. Like the late justice, the new nominee interprets the constitution using a philosophy called “originalism.” Thus, I suspect that a Justice Gorsuch would rule in much the same way that Justice Scalia would have. Hence, no change for now.

Let me take a moment to talk about this so-called original intent approach to the constitution. The adherents of that approach would have you believe that it is the TRUE way to read our country’s foundational document. Not so. First, there is not only one way in which to interpret the constitution. Over the centuries, justices have used many approaches to determine what the document requires. But more importantly, it’s funny how the results of cases decided using originalism always seem to come out the “right” way. By that I mean the right wing way, not the correct way. That’s not a coincidence. Originalism is a creation of the 1980s with the express mission of beating back the jurisprudence of the Warren Court. For those of you too young to remember that era, the Warren Court announced itself with a bang by deciding Brown v. Board of Education in 1954 and never looked back for the next decade and a half. It gave life to the due process clause, to the equal protection clause, and to the Bill of Rights (excluding the second amendment). In response, a few conservative law professors devised the new ideology, and it was greatly promoted by Edwin Meese, Ronald Reagan’s attorney general. One of the early proponents of the theory was Robert Bork. You may remember that, back in 1987, his views were considered too extreme for him to be approved for the Supreme Court. Now, ho hum, this way of thinking is mainstream.

How Many Justices On The Supreme Court? Eight. For The Next Four Years.

So, assume for the moment that Judge Gorsuch is confirmed. Citizens United remains the law of the land. So, too, does Hobby Lobby, especially considering he wrote the lower court opinion in the case. But look on the bright side: The marriage equality and abortion rights cases will probably also remain good law. What is scarier to me is if Trump gets another crack at appointing a new justice. Three members of the Court have reached an age when they might want to kick back and play with the grandkids: Ginsburg, Kennedy, and Breyer. If any of them retire, you can kiss marriage equality and abortion rights goodbye. Those cases have all been decided by a margin of 5-4. Replacing any one of those justices will flip the balance to 4-5.

Trump has breezily said that the ship has sailed on overruling marriage equality. Meanwhile, he has also said he is looking for someone to vote to overturn Roe v. Wade. That shows he has absolutely no understanding whatsoever of the law, if you were still wondering. Conservatives go berserk when you talk about the concept that underlies both lines of cases. The idea is that the due process clause gives us all a right to be able to make certain intimate decisions without having the government intrude. For example, whether to marry, whom to marry, whether to beget or bear a child, how to rear any children you have are all considered as within that zone of privacy. If the Court rules that a woman no longer has the right to choose to terminate a pregnancy, all the rest of those decisions are likely to be open to governmental interference as well.

Let’s hope that Justices Ginsburg, Kennedy, and Breyer remain in embarrassingly good health for the next four years.

Mary Brigid McManamon teaches law at Widener University. That was not her headline.