A Nation Of Finks: Your William S. Burroughs Thanksgiving Prayer 2014 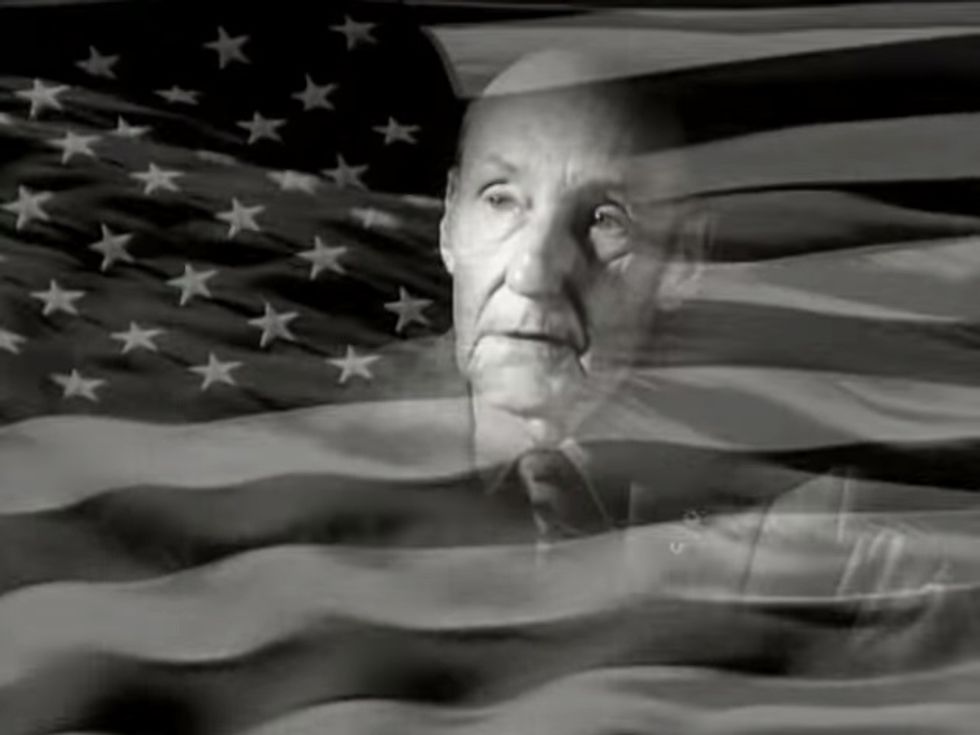 We began posting this Thanksgiving Prayer by William S. Burroughs and Gus Van Sant back in 2006, and a lot of things have changed since then. The deadpan list of Bloody American Triumphs sounds less like sarcasm in our Terrible Year of the Lord 2014, and more like an elegy.

The stuff that drove Burroughs nuts -- “thanks for a country where nobody is allowed to mind his own business, thanks for a nation of finks” -- is still here, of course. For that matter, it's become automated, courtesy of the NSA. Our Fox-News-inspired busybodies keep a close eye on complete strangers' grocery carts, scanning for welfare crab legs being bought with an EBT card. This makes little girls ashamed of their moms buying any food at all.

This year, a couple of lines demand our attention more pressingly than in previous years, no longer just a preface to the deliciousness of "For decent church-goin' women, with their mean, pinched, bitter, evil faces." In 2014,  we need to pause here:

Thanks for the American dream,

To vulgarize and to falsify until the bare lies shine through.

Thanks for the KKK.

For nigger-killin' lawmen, feelin' their notches.

This Thanksgiving, large numbers of our fellow citizens are feasting and giving thanks that lawman Darren Wilson will go free after killing Michael Brown. He merely did what he had to -- against a demon, no less. And the church ladies are smiling and laughing over it, until you bring up that teenager he shot dead. And of course there's the shooting of 12-year-old Tamir Rice in Cleveland. Do you know where the cops shot that little boy from, as he walked back and forth under a playground gazebo? They shot him from their car.

And yet. We can also remind ourselves that while Ferguson, Missouri, gave us a travesty of justice from August 9 through this week, it also brought us 11-year-old Marquis Govan a sixth-grader who isn't about to let his world be defined by tear gas, police brutality, and America's overwhelming stupidity. He's planning to run for office when he's old enough.

So we'll be thankful anyway, even if at times we can only be thankful it's not worse than it is. We've got each other, there's a highly evolved descendant of a dinosaur in the oven, and the bed is covered with the winter coats of people we love -- or can at least tolerate for a few hours. If people are getting married and having babies in this crazy stupid world, then there must be hope. For all the petty small-minded terribleness and evil out there, we still have the option of laughter, because it sure as hell beats giving in to the bastards.

A happy and safe Thanksgiving to all Wonkers everywhere, and remember to Buy (almost) Nothing tomorrow.