A New Poll About Americans' Hatred Of Muslims, Just In Time For 9/11 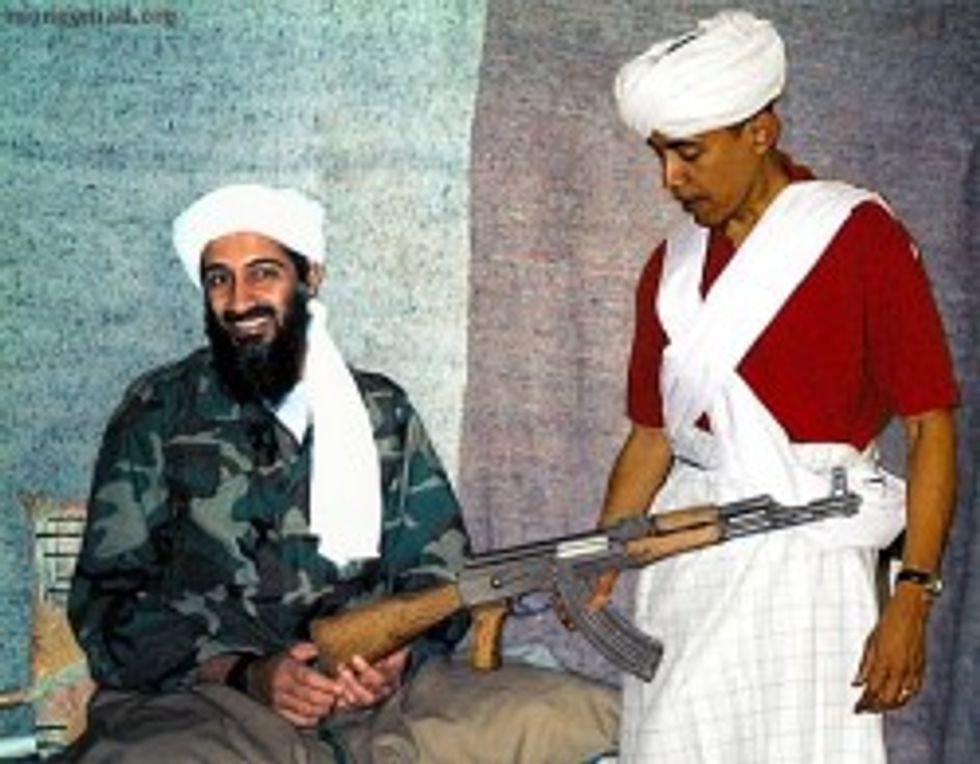 Get out your miniature American flags and get ready for all those chain e-mails from Grandma because it's almost that time of year again! It has now been ten years since 9/11, which means America has hadten years to grieve, reflect, and cultivate limitless hatred for a religion we can't even begin to understand. This is the general conclusion of a survey conducted by the Brookings Institutionthe Public Religion Research Institute that dared to ask, "Just how ignorant are we?" And because we are the BEST COUNTRY EVER CREATED BY GOD we have of course won the championship Gold Medal of Ignorance. Patriot victory laps around the neighborhood mosque!

A report, or “What It Means To Be American: Attitudes In An Increasingly Diverse America Ten Years After 9/11,” finds that Republicans, Teabaggers, and the Mentally Ill Couch Monsters who rely on Gretchen Carlson for information are the most Islamophobic, but worry not, because the rest of America is pretty angry about Muslims, too.

Overall, the survey of nearly 2,500 respondents found that 47 percent of respondents think Islam is out of step with American values, while 48 percent disagreed.

Approximately two-thirds of Republicans, Americans who identify with the Tea Party movement, and Americans who most trust Fox News agree that the values of Islam are at odds with American values. A majority of Democrats, Independents, and those who most trust CNN or public television disagree.

While, according to the Brookings report, more than 60 percent of Americans don’t believe Muslims are trying to institute Muslim religious law — known as Sharia — across the U.S., there are an increasing number who do: Over the last 8 months agreement with this question has increased by 7 points, from 23 percent in February 2011 to 30 percent today.