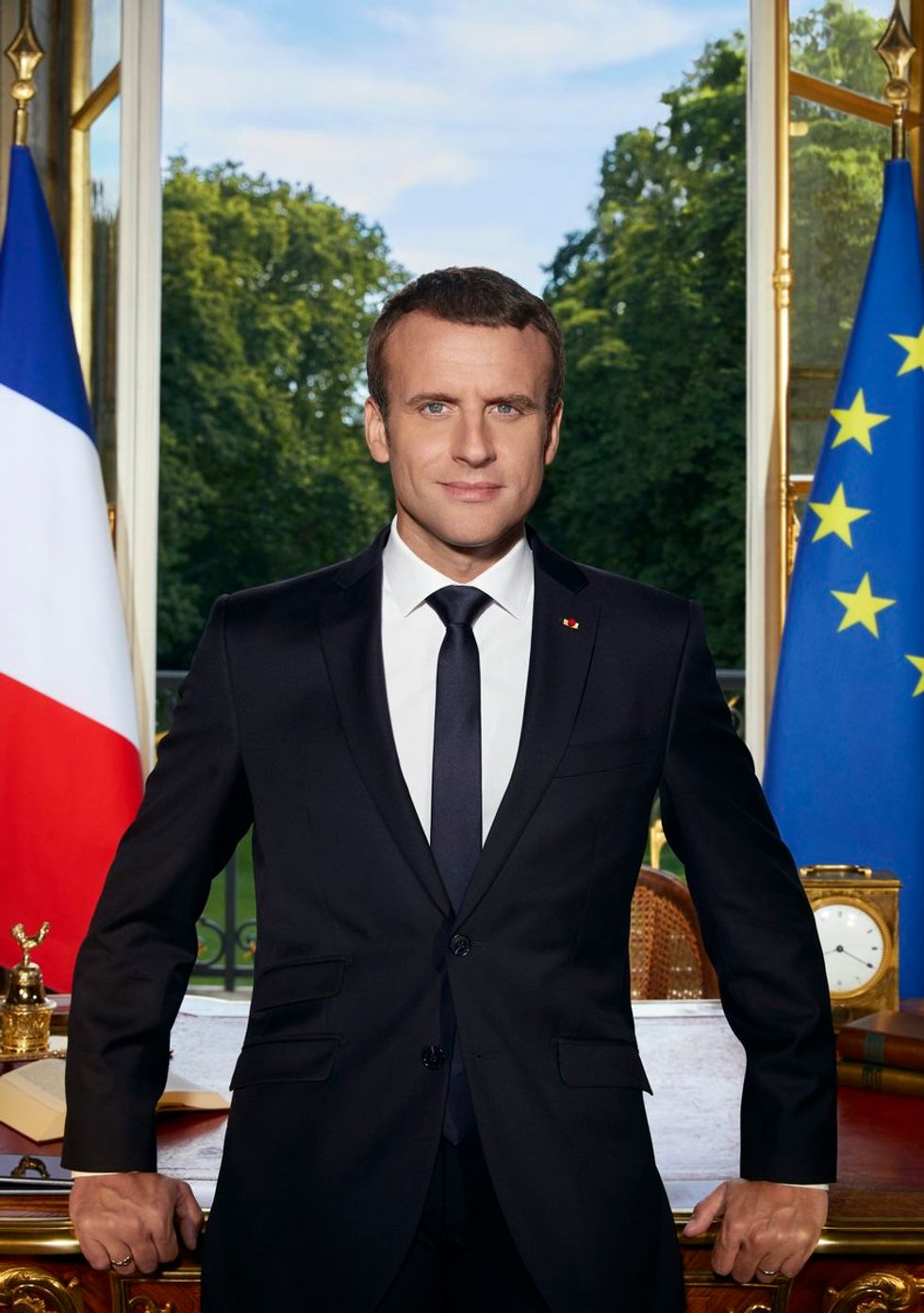 it's all about the panty line

Oh hey, have you survived this full day of Donald Trump crying about how Mika Brzezinski's alleged facelift got blood all over his Extra Husky See-Through Tennis Shorts on New Year's Eve? Good, we are glad you are here. To end our day, we thought we would bring you three pieces of good news, to lift your spirits:

1. French President Emmanuel Macron, he of the sexxxy face and sexxxual body and HULK SMASH HANDSHAKE that turns Donald Trump's Kitten Mitton hands into specks of dust and regret, has a new official portrait, or a new "Portrait officiel," as they say it in the land of Frenching. Gaze upon it and remember a simpler time in America, when we too had a fuckable president:

2. Greta Van Susteren, we hardly knew ye! After at least two or four months (or okay slightly shy of six) of Greta's MSNBC show, "Hey, What's This? Where Am I? How Did I Get Here? Did I Pass Out? Musta Had Some Bad Clams! Ever Had Bad Clams? With Greta Van Susteren," MSNBC has given her the old heave-ho, because we guess NBC News chief Andy Lack, despite his obvious shortcomings, has decided that NEGATIVE INFINITY RATINGS are bad. Her time slot is being given to Ari Melber, who is scary smart. Congratulations, Ari Melber! Watch out for Greta's new show on the Food Network, "I Dunno, Should We Add Beans To This? In My Day We Would Add Beans," which will be canceled during the first commercial break of its series premiere.

3. Clickhole made a funny out of the really sad fucked up thing Mitch McConnell, Paul Ryan, Donald Trump and the rest of the GOP are doing with healthcare in order to throw your grandma off a cliff and make her dead:

And now you may have an open thread, because you've been so good.