A Student Loan Debt Monopoly? Nothing To Worry About, College Kids! Wonkagenda for Wed., May 31, 2017 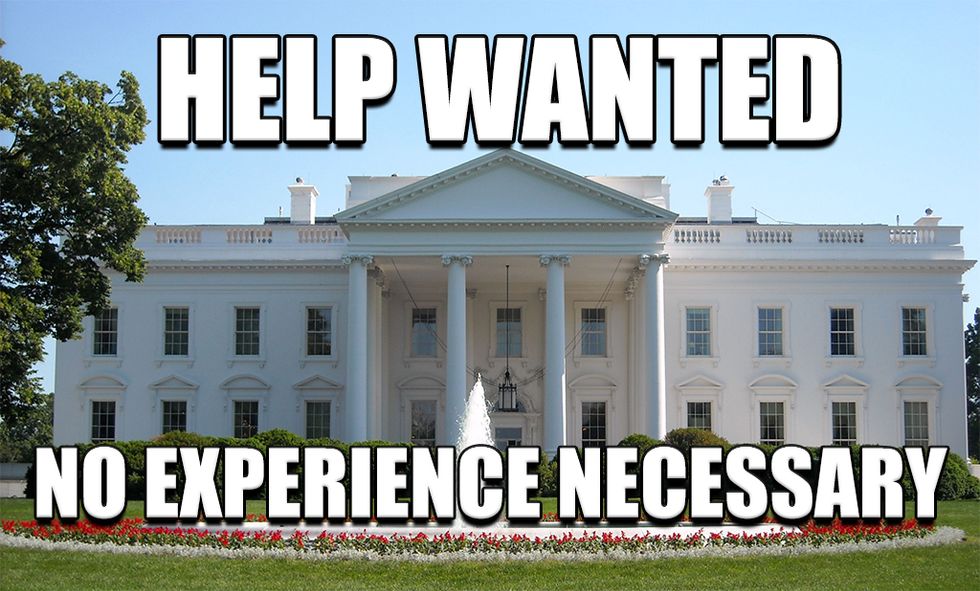 Then again, he could just hire some Russian immigrants...

Mike Flynn's firm got paid many hundreds of thousands of Ameros to make a documentary about the Turkish military coup by the government of Turkey, then tried to hide the whole thing. [Archive]

The House Intelligence Committee wants some information from former Trump aide and talking head Boris Epshteyn; naturally his lawyer is stalling and saying it's not a subpoena.

The Trump-Russia investigation is scaring off potential hires because nobody wants to come aboard Trump's sinking ship, or the slap-happy Corey Lewandowski.

According to the orally talented gold polishers at Axios,Trump is planning on pulling the U.S. from the Paris Climate Accord, and the rest of the world gags and chokes on all the winning Trump's about to ejaculate into the atmosphere.

Trump's budget cuts to food stamps will hit Trumpkins in Middle America the hardest, but it's OK because they're all just taking advantage of the system anyway.

Trump might stop winning soon as the rest of Congress drags its feet on on passing wealthy tax reforms and TrumpCare/RyanCare/Wealthcare.

Sure, the roach-infested V.A. hospitals that laugh in the face of sterility are a bad joke, but VA Secretary David Shulkin says they're getting better. Super swear! Double-plus promise!

The Department of Education is moving forward with a plan to monopolize federal student loans in an effort to consolidate market power around a single federally backed business that deals in one of the most volatile debt markets. What could possibly go wrong?

Paul Ryan has named Patrick Shoon-Shiong to a presidential advisory committee on cancer research, which is great if you're a shady, self-serving billionare doctor more interested in money than actually curing cancer.

Last night, Trump tweeted something about the "negative press covfefe," and now everyone is confused about what the hell that's supposed to mean, orif Trump couldn't fit his fingers around his phone. Earlier this morning, he deleted the tweet, and tried to play it off. Of course.

Trump aides are spinning out of control as they unload thousands of non-metric pounds of praise on all their winning at home and abroad.

A number of Republicans are running from offers to be Trump's new White House communications director because they aren't sadomasochists who want to ruin their careers by taking jobs in Trump's White House.

USAA is having a crisis of advertising confidence after it pulled spots from "opinion-based news shows" like Hannity, sending shock waves of hurt feefees across the wingnut spectrum.

Hannity came back on the air last night to assure everyone that he's still a crazy heartless bastard who promises to keep picking at his conspiracy theories.

CNN aired a story that surmised Trump is fat and lonely, and all his friends hate him.

The "charging bull" and the "fearless girl" now have a new friend, "the pissing pug." Pretty soon there will be statues of a dog catcher, a matador, and a truant officer.

And here's your late night wrap-up! Jimmy Kimmeltalked to some kids about America, and did another drunk Donald Trump; Trevor Noah took a look back at Trump's field trip

And here's your morning Nice Time! Baby elephants! They're so cute! I want to be friends with one! I'd call him Stampy!

HEY! If you like us, give us money! We promise to only spend it on coffee, booze and cigarettes, not Russian pee hookers.